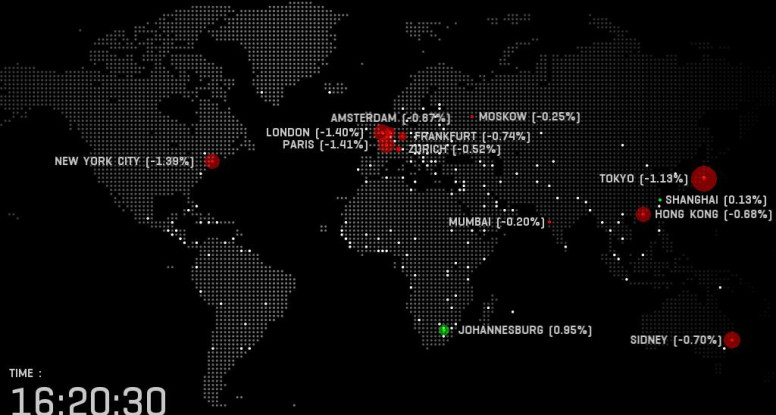 Investors are understandably worried about a coming market drop. The last recession we had, in the dark days of 2009, almost left the US on the dustheap of history. With markets now well into their 7th year of this abnormally long bull market, many of the structural problems that triggered the 2009 crisis unsolved, and the Chinese market scare only a month behind us, it's no wonder that investors are jittery.

But a market drop is one thing, and investing quite another. A market drop does not necessarily spell disaster for an intelligent investor. If investors maintain a long term perspective, they should be even less worried.

But can you go one step further and avoid large market drops altogether? If you could, your returns would definitely improve since you would be taking advantage of all of the positive years and sidestepping the down years completely.

So, is it possible to time the market to avoid market drops?

Caution From the Greats

If so, I’d definitely adopt that strategy. The problem is, all of the advice that I’ve come across from great investors has advocated against trying to time the markets. Here are some of the best I’ve read…

"I can't recall ever once having seen the name of a market timer on Forbes' annual list of the richest people in the world. If it were truly possible to predict corrections, you'd think somebody would have made billions by doing it."

“I am not good at market timing, so when people ask me what I think the market is doing, their guess is as good as mine.” Link

“In reality, no one knows what the market will do; trying to predict it is a waste of time, and investing based upon that prediction is a speculative undertaking.”

“Look at market fluctuations as your friend rather than your enemy; profit from folly rather than participate in it.”

"If I was running $1 million today, or $10 million for that matter, I'd be fully invested."

“I'll take someone any day who just says "I don't know" what an individual stock or the market as a whole is likely to do (near-term and even much longer) over those who are willing to make prognostications. Better to just expect difficult market conditions from time to time and realize that those difficulties may look nothing like those of the past; maintain reasonable but conservative expectations then end up pleasantly surprised if things go a bit better.”

“The last time I made any market predictions was in the year 1914, when my firm judged me qualified to write their daily market letter based on the fact that I had one month’s experience.  Since then I have given up making predictions.” Link

With names like that making such critical comments on market timing, it’s no wonder I’m skeptical. But it’s not just the investment legends that steer me off of trying to time the markets, the research seems dead-set against it, as well.

Apparently not. In "Mutual Funds: Risk and Performance Analysis For Decision Making," John Haslem summarizes the research done on mutual fund managers to get a sense of how well the pros can time the markets to boost their overall returns. What he finds isn't confidence inspiring, to say the least.

Of the 13 studies cited, none found that mutual fund managers could time the market -- that is, get out of the market before a big drop and into stocks before a rebound -- to any extent at all. What managers did do this successfully couldn't do it consistently and most market timing managers were subject to significantly more risk.

How much more risk? Failing to time the market correctly could decimate your returns. According to Haslem, the maximum downside risk is twice as large as the maximum upside potential. Not only that, but managers would need a minimum 69% accuracy to beat a buy and hold strategy! They would have to be right 7 of 10 times! Being right 100% of the time to avoid a market drop, but only timing market re-entry right 50% of the time, would have still underperformed a regular buy and hold strategy...

As one of the study authors quipped, "Despite the overwhelming evidence against timing, it -- like alchemy before it an astrology to this day -- still boasts devoted followers."

When it comes to net net stocks, you really have to be in the game when those good years happen or you'll inevitably underperform. The same goes with the S&P 500. One of the studies cited by Haslem found that of the 64 years covered, large market surges were concentrated in only 55 months -- 7.1% of the months studied were responsible for most of the S&P 500's return!

Can You Use Market Valuation, Such As The Shiller PE, To Dodge Market Drops?

Tobias Carlisle is best known by his popular blog Greenbackd. In fact, he’s one of the few people who were influential in helping me jump into net net stocks with both feet.

On the blog, Tobias publishes research that he’s conducted on different value investing, including a great pair of articles which examined the impact of trying to use the Shiller PE market valuation method to try to time the market. From “Worried About a Crash?”:

“Can an investor concerned about a big crash use a systematic timing tool to exit the market before the crash without giving up too much return? One possible method for doing so is to use the Shiller PE as a valuation tool, and to move the portfolio into cash at some given level of overvaluation. The backtests below show the returns and drawdowns for exiting at four different levels of the Shiller PE ratio, from aggressive to conservative.”

Tobias’ chart shows the market performance, as well as the performance of a low Price to Book value strategy that's always fully invested. Compared against those two are 3 strategies that exit the market in favour of holding cash. The first of those, the “Mean” strategy, exists the market as soon as the market rises up to its historic average Shiller PE ratio. The next are more aggressive, with the “1 Std. Dev.” exiting the market at 24.8x, and the “2 Std. Dev.” strategy at 32x.

In the above test, the fully invested low Price to Book strategy returned 20.01%, while the returns of the other strategies were directly correlated with the extent to which they were out of the market. The Mean strategy earned 13.4%, while the 1 Std. Dev. earned 18.15%, and the 2 Std. Dev. earning 19.36%.

Tobias then looked at what would happen if those strategies hedged the market to profit from a drop, and then only stepped back in after the market dropped back to various low valuations. The compound returns were nearly identical:

He also tried Graham’s 75-25 stocks-bonds strategy, but found that it also significantly underperformed a simple buy and hold strategy.

Tobias was only able to beat the regular buy and hold strategy through a complex interplay between using leverage, selling out at a standard deviation of 3x, and then hedging the market on the way down -- but even then the strategy only beat the market by 1.9% per year ...and it was still subject to large drops in portfolio value from time to time. In other words, despite the complexity investors still couldn't avoid a drop in the value of their holdings.

So much for using valuation to time the market.

The goal of liquidating in favour of cash to avoid market drops ignores another key consideration: which market are you talking about?

Modern first world markets are robust and corporate governance is reliable. Whatever edge the US enjoyed throughout the last century has been completely eroded. When hunting for high quality net net stocks, there are a number of markets to choose from and all offer net nets that a deep value investor can pick up.

What’s more, different global markets are also priced differently. The Canadian and American markets, for example, while closely related in geography are not all that close in terms of valuation. At the end of August, 2015, the US had a cyclically adjusted PE of 24.1x and a Price to Book value of 2.7x. Canada, on the other hand, had a CAPE of 18.3x and a PB of 1.8x. And, just for kicks, Japan had a PB of just 1.4x.

So, no matter your strategy, there’s always a depressed market out there somewhere.

When It Comes To Market Timing, Here’s What I Do

It may be cliche to say but, when it comes to value investing we just try to buy cheap stocks. That’s really what it comes down to.

We don’t try to predict market moves or position our portfolios based on market valuations. We just try to fill our portfolios full of the highest quality net net stocks on offer.

It just so happens that high quality net net stocks are found in large depressed markets, so the bulk of our portfolios end up being invested in cheaper markets anyways, sidestepping a lot of the risk that domestic-only investors subject themselves to.

Right now, most of my portfolio is invested in Japanese net nets trading at roughly ½ of net current asset value, are growing that value along with earnings, and are also priced at PE ratios around 8x. You won’t find those kind of stock in your home market.

So, what’s the market going to do going forward?