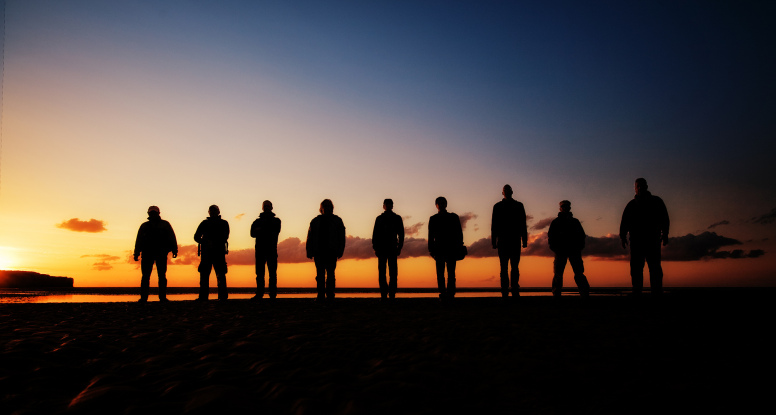 Inside One of Value Investing's Greatest Minds: Walter Schloss

Think you need an internet connection and instant data to make big returns in stocks?

Meet Walter Schloss, one of the world's best investors of all time, despite never having even touched a computer or the internet.

With no formal qualifications, Schloss began working as a runner on Wall Street in 1934 before serving in the U.S. Army Signal Corps, and then eventually transitioning to the Graham-Newman partnership where he honed his craft. In 1955, Schloss founded his own firm: Walter J. Schloss Associates where he racked up one of the best records in investing history until his passing in 2012. When he decided to close his firm in the early 2000s, his record stood at a compound 16% per year -- not bad for a 40 year career!

Walter Schloss was a contrarian who based his value investing techniques on those developed by his mentor, Benjamin Graham. As Walter put it so simply, “we buy cheap stocks.” While the concept sounds overly-simple, Schloss does not mean buying up the cheapest stocks in terms of price. By cheap, Schloss is specifically referring to stocks that are selling below book value.

“I focus on assets. If you don’t have a lot of debt, it’s worth something,” Schloss said in an interview he gave Forbes a number of years ago. Aside from buying firms below book value, Schloss also looked at the management of a company and whether they were overly greedy or honest. While he did not personally visit each company, being able to analyse how management ran the business over the years gave a good prediction on how the business will or will not prosper in the future. Ultimately, he found the combination of honest management and buying at a large discount to book value to be a very powerful combination.

Walter Schloss Cornerstone: Own It

While investing in stocks with honest management and a low price relative to book value was the key to Walter Schloss’ success, he also saw the importance of adequately diversifying his portfolio. Walter knew that predicting what a secondary company, the sort of companies in America today that wouldn’t be trading on the S&P 500, would earn was next to impossible so he stuffed over one hundred companies into his portfolio. In fact, if he saw a good opportunity, he just had to buy it. As he stated in an interview with the Bottom Line in 2003, “the important part is to have some money in the stock. If you don’t have any money in a stock you tend to forget about it.” Ultimately, you need to commit yourself one way or another in order to make money off of a stock.

Being a contrarian, Schloss was also famously fine with Warren Buffett's criticism that diversification was protection against ignorance. In fact, in Buffett's famous talk, The Superinvestors of Graham-and-Doddsville, Buffett goes so far as to praise his stubbornness.

"He owns many more stocks than I do -- and is far less interested in the underlying nature of the business; I don't seem to have very much influence on Walter. That's one of his strengths; no one has much influence on him." 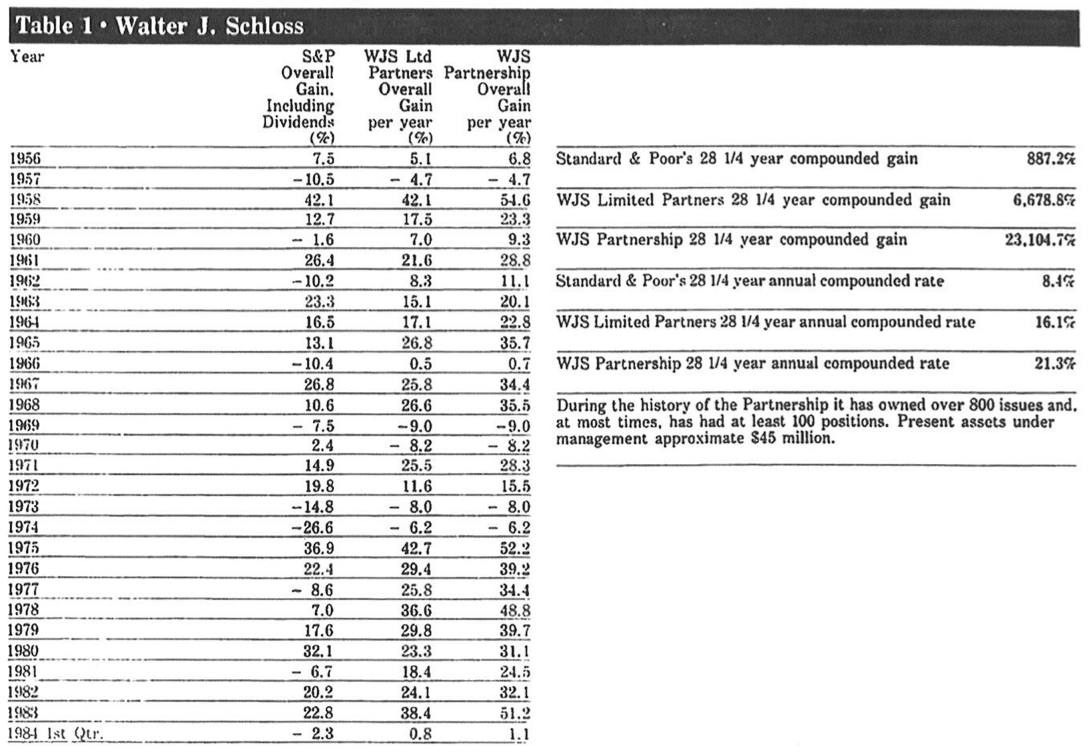 Walter Schloss Cornerstone: Stick to What You Know

Investing has become far more globalized today than it ever has been. Today you can purchase a wide variety of stocks in Japan, Europe, Australia and many other countries, so long as you have a great international broker. But, while Schloss believed in diversifying portfolios, he was apprehensive when it came to investing in foreign companies. He just did not understand the politics or the language of most countries so was not comfortable with the associated risks.

This does not mean that Schloss was against international investments, however. In fact, Schloss purchased various British companies throughout his career. But what he was doing was focusing on decreasing his risks when value investing by only investing in areas that he understood and was comfortable with. If you speak and understand the culture and politics of another country and are comfortable investing there, then go ahead. However, like Schloss, if you are not comfortable and do not have a basic understanding of the area you’re looking at then it’s probably best to learn more before diving in, or just find other investments.

Walter Schloss Cornerstone: Sell When the Time is Right

One of the biggest challenges that any value investor faces is not knowing when to sell. It's simple enough to tell which stocks are cheap on a statistical basis, and which have characteristics associated with outperformance, but knowing when to sell is another matter entirely.

When you buy a depressed company it’s not going to go up right after you buy it, believe me. It’ll go down. And therefore you have to wait a while for that thing to go around.

Schloss was once interested in a cement company named Southdown. He purchased a lot of stocks at $12.50 and in two years he doubled his money, selling the stock at around $30 a share. Schloss was happy with this result until he looked at the stock again some time later only to see that it had risen to $70 a share. Looking at the money that Schloss left on the table, it's easy to assume that the smart move was to let his stock run up in price before selling. Schloss, though, alway seemed to prefer a solid sale than holding out for greater gains that may or may not be realized. Ultimately, Schloss believed that if you buy cheap relative to value and then hold on long enough, a depressed company is bound to turn around and make you a decent profit.

But selling at the right time does not necessarily mean selling after a specific gain has been achieved. In 1963, Warren Buffett came up to Walter Schloss and asked Walter if he wanted to buy a group of stocks that Buffett had originally picked up on the cheap. Walter, never one to pass up a bargain, snatched them up eagerly at around $14 each. He sold the majority of stocks from that group a little while later for a handsome profit, but ended up holding onto one of the firms, Merchants National Properties. Some time later he received a tender offer for the company at a price of $553 a share, further illustrating the fact that being patient does pay off. For Walter, the right time to sell was when the company was no longer cheap.

When it comes to investing, there are few better to emulate than Walter Schloss. His investing style is as easy to apply as it is profitable. Investing does not take an enormous amount of skill. The right mindset and temperament, combined with some basic financial knowledge, will go a long way when investing. That's why I always try to keep the investing process simple. As Warren Buffett says, to be successful in investing it's best to avoid complex business problems in favour of ultra-simple situations.