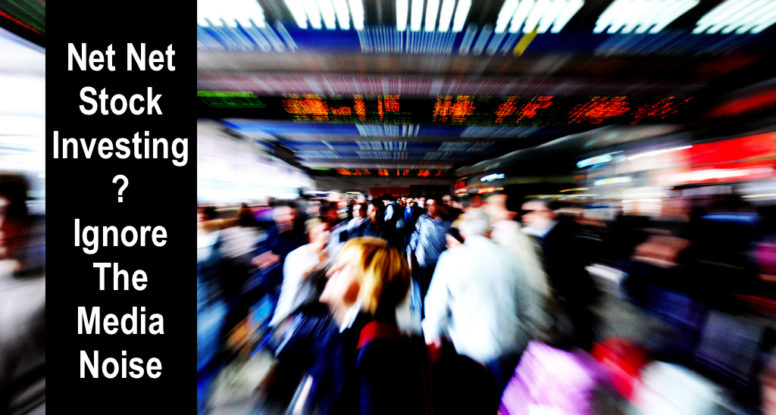 This is a guest post submitted by Net Net Hunter reader Xavier Hill. The thoughts and opinions expressed here are those of the author and may not reflect those of anybody else at Net Net Hunter.

Are you missing one critical piece of the puzzle when net net stock investing?

My journey to discovering and embracing value investing has been a long one. I read the intelligent investor seven years ago, yet I was not really ready to appreciate it. I bought stocks during the depth of the 2009 recession, though it was based on nothing more than being a contrarian. I did not really know what I was doing!

It was only through reading numerous contemporary value investing books and watching stocks that I identified as being undervalued, only to see them rise dramatically, that the genius of value investing became clear to me. Everyone’s journey is different and value investing is not for everyone, however at its heart, in my humble opinion there are four key parts to value investing:

After discovering value investing, the first three steps made sense to me. Though what held me back from embracing value investing was point 4. Financial news is ubiquities, we are constantly confronted with opinions online, on television on radio and amongst our friends as to what the economy is going to do. War, Interest rates, energy prices… the list is endless and if you let it, it either sends you to do one of two things:

Either outcome is terrible. In 2011 I sold a lot of stock as whilst I had made some strong returns in the rally following the ’08 crash I had begun listening to a number  of gold bugs and bears, who predicted the ’08 crash and said with great authority that worse was to come. I was stuck. Sitting on cash and too scared to move.

What set me free was reading The Superinvestors of Graham-and-Doddsville and the story of Walter Schloss. Many reading this post will be familiar with his story and for those who are not, I recommend you read his story as Walter was the last pure net-net money manager on wall street before he closed his fund in 2000.

Just briefly Schloss was one of the analysts sitting alongside Warren Buffet in the original Graham and Dodd partnership. Buffett and Schloss would scour Moodies manuals identifying net-net stocks. Buffett eventually moved on to become the legend he is today as he was soon managing too much money to use a net-net strategy, however Schloss followed the net-net strategy thoughout his career.

The quote that struck me in The Superinvestors of Graham-and-Doddsville, that really shook me into embracing value investing was this from Buffett on his good friend Schloss:

I don’t like stress and prefer to avoid it, I never focus too much on market news and economic data. They always worry investors.

The value investing strategy is incredibly liberating. It liberates you from concerning yourself with the swings and round abouts of the markets and world events. It reduces the investment exercise to being a simple matter of buying stocks trading under their intrinsic value. By following the market news we cloud our judgement and make rash decisions. Indeed Buffett said a similar thing in his 2014 letter to shareholders:

Forming macro opinions or listening to the macro or market predictions of others is a waste of time. Indeed, it is dangerous because it may blur your vision of the facts that are truly important*. (When I hear TV commentators glibly opine on what the market will do next, I am reminded of Mickey Mantle's scathing comment: "You don't know how easy this game is until you get into that broadcasting booth.")

Of course net-nets are harder to find today than what they were when Schloss was managing money, indeed the lack of net-net stocks on the US market by the year 2000 was the main reason why Schloss closed his fund.

Evan’s genius has been to discover that investors should not simply restrict themselves to a particular market. By following Evan’s work I have had the courage to buy companies operating in Eastern Europe, Japan and Singapore. I have come to realise that through careful analysis we can have confidence in the accounting standards used by companies trading on these markets and by ignoring the financial news, I do not even think about how my investment could be affected by changes in the forex market.

If you are yet to liberate yourself from the news media, I suggest you read some of the classic value investment books. Listening to prognosticators and following market news is a waste of time, the time is best spent identifying undervalued net-net stocks!