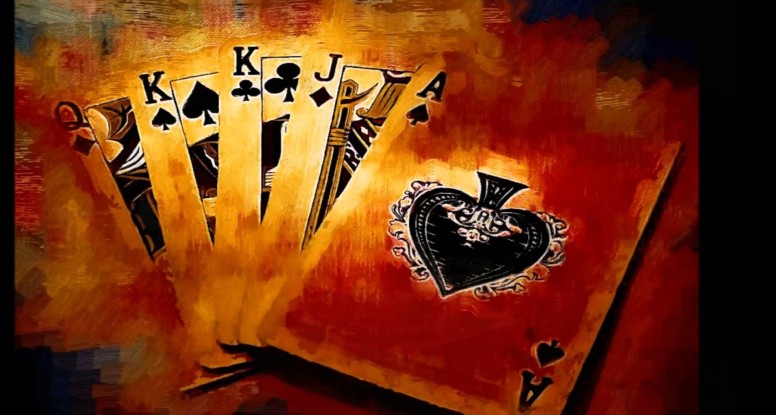 What's the most dangerous threat to your portfolio? Interest rates? Obamacare?

In the Beginning, Academics Were Rational

Thank God for psychology. Looking back over the last half of the 20th century, it's amazing how off academics, policy makers, and investors were about our ability to make cold, computer-like, data-crunching decisions. It wasn't always this way, though. The recognition of human fallibility was something that we got away from in economics and finance.  Nearly a hundred years ago, John Maynard Keynes was fairly vocal in characterizing economic actors as often being possessed by "animal spirits," what we today would just call emotional decision making.

When efficient market theory began to weaken and investors began to look for answers psychology was there to provide them. Cognitive psychology, and other key psychological branches, had always strongly favored the idea that people were powerfully impacted by emotion, group think, and other cognitive errors when making decisions. If the investment industry -- and economists in particular --  were open to adopting knowledge from other disciplines earlier, our current understanding of financial markets and financial decision making would be much better.

Chief among these is the role that emotions play in decision making and chief among emotional complications is tilt. What is tilt? I'll leave the explanation up to Wikipedia,

Tilt is a poker term for a state of mental or emotional confusion or frustration in which a player adopts a less than optimal strategy, usually resulting in the player becoming over-aggressive........


Placing an opponent on tilt or dealing with being on tilt oneself is an important aspect of poker. It is a relatively frequent occurrence due to frustration, animosity against other players, or simply bad luck. Experienced players recommend learning to recognize that one is experiencing tilt and avoid allowing it to influence one’s play.

Sound familiar? It should. Unless you have ice water running through your veins, you're likely to experience a tremendous amount of emotional strain when you invest in a stock, like all other investors.

Tilt in the Investment World

Four types of tilt are directly relevant for individual investors. The first is injustice tilt. Injustice tilt is pretty much exactly like it sounds -- something happens that makes you feel wronged, or that you've been dealt an unjust hand. Maybe you invested in a company with managers who were in the process of committing a major fraud, or a firm that was about to be expropriate by the government, like Fannie Mae and Freddie Mac. How would you feel under those situations? Take a moment, close your eyes, and imagine.

A second type of tilt is hate-losing tilt. Hate losing tilt is obvious caused by suffering a losing hand. Some stock doesn't recover from a deep dive or your analysis turns out to be incorrect. Despite the other winners in your portfolio, an investor can be affected emotionally for the worse.

Mistake tilt is similar but is due to your own error. An investor makes a major mistake or a series of minor mistakes and then feels the build up of negative emotions. Few people actually understand mistakes for what they are, though -- a vitally important aspect to learning. Essentially, mistakes are required for a lot of learning so running through mistakes can produce a better investor if he or she takes the time to analyse what happened.

Entitlement tilt is another type of tilt but one in which the investor feels he is entitled to a specific outcome for some specific reason intrinsic to, or earned by, the investor. If something happens to take that outcome away form the investor then negative emotions can build. Perhaps an investor feels entitled to 25% a year returns but has a couple years earning much less than that figure. If he feels a sense of entitlement then he would start to feel the negative emotions of being denied those returns.

When an investor feels desperate, desperation tilt can kick in. The feelings of desperation can cause an investor to feel the pressure to try harder for a particular return than is optimal, making bigger or riskier investments.

A big part of why investors would go on tilt, if they're smart enough to use a solid investing strategy such as the net net bucket approach, is due to their failure to recognize variance. Poker players recognize variance, which is why they spend so much effort trying to recognize when it causes tilt. In the net net stock universe, while investors can very-well expect returns of 25% per year, that figure comes from returns that have been averaged over a large number of years. In any given year -- even if an investor is at the top of his or her game -- an investor might earn significantly more or significantly less than the expected average. This is something that Tweedy Browne has talked about in one of their more well known publications.

Variance also takes place within a portfolio. It's a mistake to think that every position will work out, obviously, which is why it is smart to diversify to some extent. Even though roughly 80% of net net stocks work out well, 20% don't so investors have to be prepared to accept the fact that at least one net net stock in their portfolio will disappoint them.

You're Your Own Worst Enemy

Understanding tilt is critical to dealing with it successfully and increasing your own returns. Once understood, an investor can do a self analysis and recognize risk factors he or she may have. Understanding when tilt is coming into effect and the overall nature of the investing game will go a long way to eliminating tilt from being a clear and present danger.

What happens if an NCAV investor can't come to terms with the tilt he or she is feeling? Poker players talk about a phenomenon called running bad tilt. Essentially, if a poker player repeatedly suffers some bout of tilt, or a number of different tilts, then negative emotions can build up and hang over a player's head like a dark cloud. In poker this happens within a short amount of time so the player doesn't have time to sit back and reflect, eliminating the tilt. As a result, a player starts making moves they would normally avoid.

In the investing world, if tilt builds up it can cause a player to abandon a sound investment strategy -- such as the bucket approach to net net stock investing -- in favour of the hottest growth stock, betting heavily on a lottery-like stock, or taking on a lot of leverage to boost returns. All of these take the investor away from an ideal investment strategy and increase the inherent portfolio risk which in turn reduces long term results.

The best course of action, of course, is to get a solid understanding of value investing and value investing strategies as well as accounting. Investors should really be looking outside of the traditional domain once getting that core understanding down, however, since investing really is the marriage of finance and human behaviour. Books on psychology, decision making, and emotional intelligence are obvious choices for investors wanting to understand the human element better in order to up returns but other areas -- like poker and sports -- offer a tremendous depth of knowledge that smart deep value investors can take advantage of.