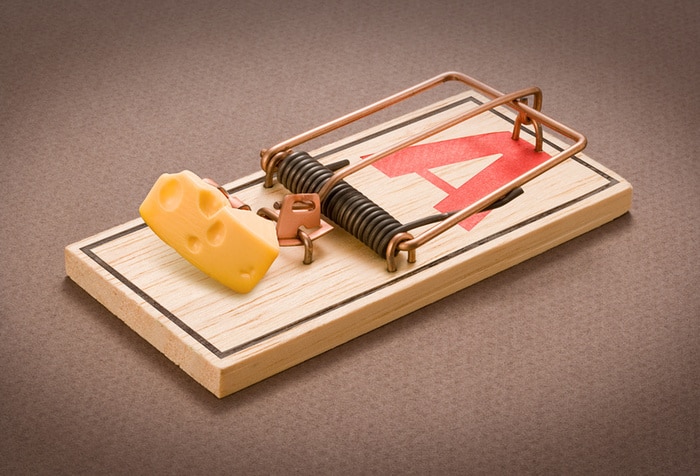 Would you buy Sears Holdings?

If you're like most value investors, the answer is probably "no."

Shareholders of Sears have had their principle investment erode for nearly 8 years. Not only has the stock price declined, but so has -- I can only assume -- the company's actual intrinsic value. It's definitely sunk from its pre-Great Recession peak, as the company's real estate is now worth significantly less than it once was. Both K-Mart and Sears stores have also seen same store sales tumble, and new initiatives haven't had a meaningful impact on the conglomerate's bottom line.

Yet, for nearly 10 long years, hedge fund billionaire Edward Lampert has been desperately trying to turn things around.

Would you buy Sears? Probably not. And, it's easy to see why.

But what if I offered you the entire company for just $1? The real estate, the brands, the online business, its fractional ownership in other businesses... everything... Would you buy it then? I would. And so would the over 2500 people who requested free Net Net Hunter Scorecard.

Everything is a Buy at the Right Price

And that should highlight a very obvious point: at a certain price, nearly all assets are a buy. Even terrible assets like that old junker of a car the guy down the street has sitting on blocks in his front yard. Even that beast of a lawn ornament is a buy at a certain price. The reason is quite simple. At a certain price you're bound to make money somehow.

I once had my family's broken down van towed away and received $350 for my trouble. I just posted a free advertisement on Craigslist and spent 5 minutes negotiating with a buyer over email. All he wanted was the scrap metal. He agreed to pick up the van on his flatbed truck and let me keep the tires and wheels which I sold two weeks later as a package for $400. The van cost me nothing -- I received $750 over two weeks for roughly 1 hour of work.

A lot of investors have lost money investing in Sears over the past decade, and had their hopes and dreams of a retail revival dashed. Still, even that terminal company is worth something.

Despite the toxic investment it's been for a lot of investors, some have been making money off of the stock. In early January 2012, the stock was trading under $30. Two months later it was priced above $80. Even if you missed the top and bottom completely, you still would have made money. You could have, for example, bought at $40 and sold a short while later for a 50% gain. At the end of the year, it traded again below $40 before shooting up to just above $57, five months later.

My point is not that you should trade Sears stock. My point is only that some people have been making money despite the terrible performance of the company by buying at very low prices relative to value and then waiting for the price to bounce back up.

Does this sound like gambling? Maybe, but it doesn't have to be.

How to Spot a Value Trap

Sears is a classic value trap.

Value traps are stocks that appear cheap relative to some value metric, but then never end up trading back at the implied intrinsic value. You might, for example, find a stock trading at 10x earnings and be looking forward to seeing the stock rise back up to a market multiple only to watch the company's earnings erode for years.

In the case of Sears, many people were counting on the stock price rising to reflect either the liquidation or replacement value of the assets. It never happened.

I used to hate buying value traps. Actually, I did my best to avoid them. It wasn't until I read this investment analysis available in our Net Net Hunter members' section that I finally woke up to just how profitable these stocks can be.

Some value traps are easy to spot in advance. Take BFS Entertainment, for example. You might remember BFS Entertainment from a post I wrote about my NCAV portfolio performance over the last 3 years. BFS had all the hallmarks of a potential value trap but I hadn't yet learned to screen those type of companies out of my portfolio. It was barely profitable and scraping along in an industry in desperate need of transformation. What's more, it had been marginally profitable for years.

I should have seen what was right in front of me. Companies that are marginally profitable for years without showing improvement are classic value traps. In these situations, management either can't or wont improve the situation, and they sure as hell won't liquidate the company. Investors are left in a sort of investment purgatory, waiting.

Buy Value Traps at the Right Price, Only

Generally, I like buying net net stocks of companies that have suffered big but solvable business problems. I like businesses with a record of adequate profitability, but which have just faced a catastrophe which management is working hard to address. So long as the problem is big but solvable, the situation can provide for an outstanding investment return.

But even an obvious value trap can be a buy at the right price. Warren Buffett once wrote in one of his Partnership Letters that investors should buy at a price so low that even a modest bounce up can yield good returns. That's the key to making money buying value traps. At some price the risk-reward ratio shifts, and becomes too good to pass up.

It's important to recognize that investing means playing probabilities. Ultimately, you can never tell 100% that a particular future outcome will be realized but you're well on your way to good returns if you make high probability bets.

Have the purchase price be so attractive that even a mediocre sale gives good results.

One way to use probability to assess the attractiveness of an investment opportunity is by assessing expected values. Take a typical, randomly selected, net net stock. According to Warren Buffett, a stock like this will have a 75% chance rising back up to NCAV within 2 years. If we buy at a 40% discount to NCAV then that means we have a 75% chance of earning a 66% return within 2 years. We can even put a dollar figure down on that outcome. Say we invest $1000. A 66% increase in price would mean earning $666.66. Since there's a 75% chance of that outcome being realized, the expected value for that outcome would be $500.

This has to be a rough guess, however. People are horrible at intuitively guessing probabilities, but thinking this way forces us to look at the investment from a different perspective.

In the case of BFS Entertainment, it's NCAV was sitting right around $3 million and had remained relatively constant for the previous few years. But, because the business was barely profitable, it's debatable whether its market cap would ever rise back up to reflect its NCAV. If it did happen, it could have taken years.

How should I have assessed the investment opportunity back in 2010 when I was first looking at the company? At a 40% discount to NCAV, and a history of marginal profitability (not to mention the questionable future of the industry it was in  -- DVDs, film & TV production, distribution), I could have assessed the probabilities this way:

I picked up some of the company's stock for 60% of NCAV and then again at a price that was a little bit cheaper. At the time, I thought it was a pretty good bargain, but I ended up selling once the investment reached my 3 year cutt-off. The results were very disappointing. Buying  BFS Entertainment at a 40% discount was a complete waste, but I could have made a killing if I had waited to buy. During the time that I owned it, the company's stock was cut in half, before recovering to just above my buy price.

If I had bought when the entire company was selling at less than 30% of NCAV in 2012, I could have more than doubled my money in a little over a year. Let's look at the expected value of making that investment:

The change in expected return is huge. Rather than the -6.7% loss in the first case, making repeated bets like this would have likely gotten me closer to an average biannual return of 81% over the long run.

You should pay special attention to the words "repeated bets." In the end, any number of outcomes could have been realized so it doesn't make sense to bank on a specific outcome after purchasing a stock. Instead, you really have to play the probabilities by putting together a number of opportunities with similar expected values in order to get close to that 81% biannual figure.

How often can you buy a stock like this for that type of price? How realistic is it to buy any stock at such a massive discount? In my experience, it's quite realistic to think you can buy these kinds of heavily discounted stocks fairly often.

Sure, it's true that the company you're watching may never trade down that low relative to value but, then again, nobody is forcing you to buy. Just wait until you see a great pitch coming your way before you swing. That could mean waiting for a 70% discount to NCAV, or it could mean buying into a great qualitative situation. If you only see one or two of these types of investment situations then just make sure to make each a small part of your portfolio.

A World of Expanding Possibilities

Value traps can still be enormously profitable investments if bought at the right price. Ironically, it took this investment analysis (available to Net Net Hunter members only... sorry) published a couple weeks ago for me to realize just how good of an investment some of the stagnant net net stocks can be. While it's true that not all value investments will rise back up to your assessment of their intrinsic value, that doesn't mean that they're not worth purchasing at the right price.

Keep this in mind when you hunt for good deep value investments. Expanding your pool of possible investments means being able to pick from more opportunities and inevitably increasing the potential of the bets in your portfolio.

Having trouble finding net net stocks to buy? Take a look at how Net Net Hunter can help you find great NCAV stocks quickly and easily in Canada, Australia, the UK, the USA, and Japan. Get More Info. Click Here for info on membership.

Not ready for full membership? Make sure to get your free monthly net net stock pick sent straight to your inbox each month. No obligation, no catch, just free net net stock picks you can use. Enter your email address in the box below.