What 2016's Market Drop Means For You

Is the party over?

Just this week the Financial Times came out with an article titled, "Wall Street Makes Worst Ever Start to a Year."

Over the first two weeks of this month, the NASDAQ Composite Index has dropped more than 10%, and other western markets aren't far behind. During the same Period, Canada's TSX dropped over 8%, the FTSE was down more than 7%, Japan's Nikkei 225 sank 10.25%, and Australia's ASX 200 was down 7.6%. It certainly seems like global markets are in free-fall, but those losses pail in comparison to China's Shanghai index which was down a massive 16% in the first two weeks of the year.

Value investors have been worried about a coming large market drop, and the inevitable recession, but what does a market drop actually mean for value investors and what is the best course of action to take with your portfolio?

What the Market Drop Does Not Mean

With market drops like this it’s easy for people to start forecasting market doom. These sorts of headlines drive traffic and sell newspapers but it’s important to recognize that short term market performance is almost impossible to predict. A large daily, weekly, or monthly drop does not necessarily mean that the market is about to crater or that a recession is coming.

While further market erosion and deep recession could be looming, there have been a number of large drops since the 2008/9 financial crisis that haven't resulted in a recession. Advisor Perspectives shows a series of large drops in summer 2015, late 2014, mid 2013, mid 2012, mid 2011, and mid 2010 yet the financial markets didn’t unravel nor did a recession hit.

The above discussion should make one thing obvious — market forecasting based on market behaviour and media stories is generally unreliable and could leave investors on the sidelines while the market advances. While recessions happen every 5 to 7 years, as Peter Lynch sums up, “In and out may be out of the money.”

The effect of trying to time the market has historically lead to lower overall returns. Tobias Carlisle of the famous value blog Greenbackd once studied the effect of trying to time the market based on valuation indicators and showed that a fully invested portfolio outperformed portfolios that jumped in and out of the market to try to avoid recessions. Small investors should take note. Like those who have already free net net stocks already know, Your long term performance will be much better if you just stick to a fully stocked portfolio of high quality value investments.

Quality Matters, and So Does Value

Financial conservatism is important. Buying into situations where a company has no debt and a large Current Ratio will go a long way to helping a company survive a deep recession. Avoiding companies that have a lot of exposure to the credit markets, such as banks and companies that require purchase financing to do business, will also help investors avoid long term capital losses during a crisis.

The absolute worst companies to buy have lots of debt and trade at lofty prices relative to cyclically high earnings, such as a home builder valued at a lofty PE during the middle of a housing boom.  Even buying stocks of companies at moderate prices will prove painful if earnings collapse during a recession.

Deep margins of safety based on a robust measure of value will help investors sail through a recession. While prices may sink, the large margin of safety will be there to soak up a drop in value that your holdings could experience. Ensuring that value is based on something solid, like a bullet proof revenue stream or hard assets, will leave investors much better off than investors who invest based on a fleeting earnings record. When markets and the economy rebound, value will still be in place to justify higher stock prices.

What About Total Financial Collapse?

A few talking heads, most notably Peter Shiff and Jim Rogers, have been pushing the total market meltdown message for years now. With governments more cash strapped than ever, government debt more lofty than it ever has been, and interest rates at rock bottom levels, it’s easy to imagine a situation where governments can’t step in to aid the economy. What to do then?

These same talking heads have been warning of an impending major recession for the past 5 years, once more showing just how hard it is to predict market or economic movements. It may be that the economy is heading for some large event but investors may be waiting years while the market advances, leaving them on the sidelines.

My own philosophy on a major economic meltdown goes something like this:

You can never tell when it is going to happen, if it happens, so it doesn’t make sense huddle in the corner of your room waiting for it. If a meltdown does take place, investors would be subject to one of three possible outcomes: either the economy will rebound in a timely manner, the economy will dive and stay there for a while, or the economy will completely collapse.

In the first situation, investors would be fine so long as they had a strong stomach and could resist selling out to avoid the pain. If the economy rebounded, so would stocks, and an investor wouldn’t suffer a long term loss.

...if you are not willing to react with equanimity to a market price decline of 50% two or three times a century, you are not fit to be a common shareholder and you deserve the mediocre result you are going to get compared to the people who do have the temperament, who can be more philosophical about these market fluctuations. - Charlie Munger

If the economy sunk and stayed depressed for some time, investors could see a real range of outcomes. Even during the 1930s, the stock market bounced around providing investors an opportunity to apply their craft and earn a profit even without meaningful economic recovery.

A lot would depend on the type of value investments purchased. Investors who bought firms based on late 1920s earnings would have had the value of their holdings mostly erased while investors who used a low Price to Book value strategy would have been much better off since equity value is much more stable. Today, basing your valuation on tangible assets (or, even better, off of net current assets) would prove the most robust. 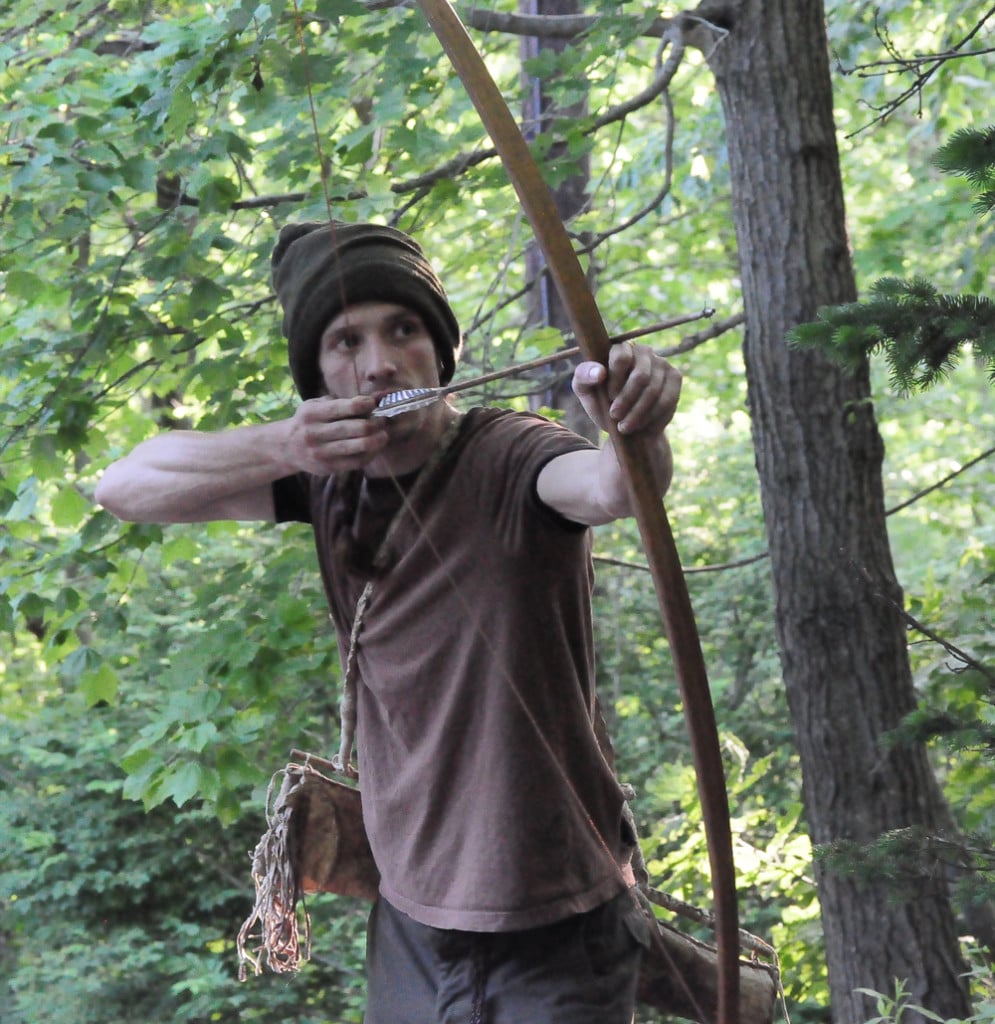 If we’re hit with a monster depression, on the other hand, and the economy keeps collapsing, investors will have bigger things to worry about than their portfolios. In a truly devastating depression, society and banking could completely collapse leaving you with much bigger problems. In short, you’d be more concerned with how to make a bow and arrow to hunt small squirrels for food than you would be about your portfolio.

Not a lot of value investors know that Ben Graham actually went bankrupt in the early 1930s. It was this terrible experience that lead him to develop his net net stock strategy in the first place. After the 1930s, Graham was more concerned with capital preservation than he was with making the largest stock returns possible. Ironically, by developing a strategy investors could use to help protect their capital, he also created one of the best performing value strategies ever.

This week’s market drop does not mean that we’re heading for a massive depression, or even a further market correction. While you can’t ultimately know what the market or economy will do, investors can do a lot to protect their own portfolios in the event of a major market movement. Net net stock holders may see a drop in the market value of their holdings if a market event is large enough, but valuations based on tangible net assets would likely prove much more robust than an earnings based valuation that many value investors utilize.

Click here to get a free monthly net net stock pick sent your your inbox. No spam, no catch, and we keep your email address 100% confidential.