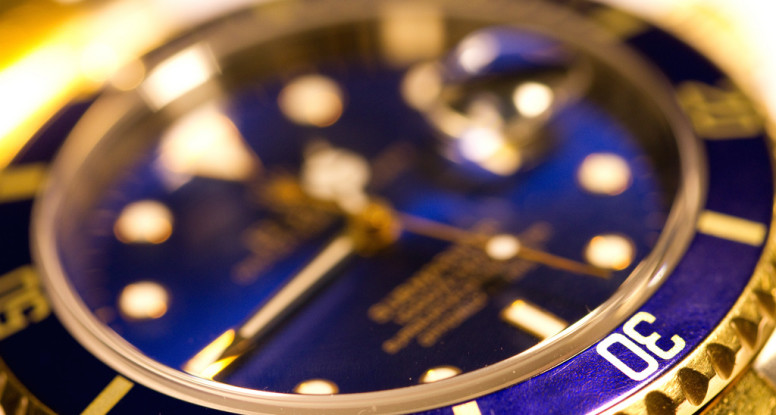 When to Harvest Your Net Net Stocks For Maximum Profit

Many investors destroy an exceptional investment strategy by selling their net net stocks at the wrong time. Here's what you should do instead.

In an early July letter to shareholders, Warren Buffett offered insight to his partners regarding what would be a treacherous stretch for the markets:

“I think you can be quite sure that over the next ten years there are going to be a few years when the general market is plus 20% or 25%, a few when it is minus on the same order, and a majority when it is in between. I haven’t any notion as to the sequence in which these will occur, nor do I think it is of any great importance for the long-term investor.”

Unless you've signed up to receive free net net stock picks, you probably haven’t heard of this letter. He wrote it back in 1962.

This was at a time when the Cold War was heating up. In October of that year, the Cuban Missile Crisis created fear of a nuclear winter, let alone a stock market crash. Today’s markets are affected greatly by political news, but the level of fear remains somewhere far below the end of the world.

The point of this quote is that Warren Buffett was never motivated by fear. He believed in his portfolio during those formidable years with a large percentage devoted to high quality net net stocks. He never sold quickly, instead giving them a two year timeframe to rise back up to NCAV.

In later partnership letters, he stated that his diverse basket of net net stocks worked out an average of 70 to 80 percent of the time within two years.

Much of what you read when it comes to mechanical investing will tell you to hold a basket of stocks for a year and sell it once the timeframe is up. If you’re American, doing so will help you to avoid major tax implications. As long as you hold a stock for a year or more, the most you will pay in taxes under the current law is 15%.

I understand the tax argument, so if your goal is to minimize taxes then holding for at least a year is a good strategy. My goal is the highest returns after tax, however, which means tailoring my sell strategy to achieve that goal.

While some people claim that holding a stock for less than a year doesn’t make sense due to taxes, failing to sell once your investment bounces back up to NCAV can result in your stock sinking back down to the depths from which it came.

You should also consider your holding period's impact on overall annualized returns. If a stock rockets up 100% and arrives at NCAV within three months, for example, the investor is left with a 400% annualized return on that stock. Even at a 50% tax rate, you'd still be left with an annualized 200% gain. Why would you want to shrink that down to 100% by holding on for 9 more months? I certainly wouldn't.

So, is a holding period of less than a year the answer?

I don’t necessarily believe so, either.

The ideal time to sell is when your net net stock rises back up to NCAV, and ideally that would happen as quickly as possible. Unfortunately, it usually takes longer than a year for that to happen.

As Buffett stated, he gave his value stocks a minimum two year timeframe to turnaround and reach NCAV, doubling the 1 year hold period recommended by many mechanical investing practitioners. After all, if you're holding on to great net net stocks, why would you want to sell them below their NCAV?

Avoid the Twin Demons of Fear and Hope... for 3 Years

Personally, I feel the best timeframe for your net net portfolio is three years.

There are two very common, simple mistakes value investors make. One is selling too quickly based on fear. The other is holding on for too long based on hope. Selling a net net stock too early could mean missing out on future momentum.

Holding on for too long may work out over time, but it also locks up an important percentage of your portfolio in a stock that isn’t getting you the gains another investment could. While many value investors favour long term holding periods, when it comes to net net stock investing, eventually enough is enough.

With a hard cutoff of three years, you reduce psychological pull to sell your underperforming picks, since these picks are scheduled to be sold if they don't rebound to NCAV within that time period.

This doesn’t mean you need to wait three years, though. If your net net stock reaches NCAV within two years, you can sell it in a shorter amount of time. In fact, I’ve found that the majority of my net net stock choices work out before two years is up, just as Buffett predicted. The three year automatic sell rule is only in place to make sure you don’t hold on to deadbeat stocks.

The legendary hedge fund manager Joel Greenblatt achieved enormous notoriety with the success of a system he called “Magic Formula Investing.” He looks for cheap, value stocks with a high earnings yield and a high return on capital.

In his book, “The Little Book that Beat the Market,” he showed that this strategy produced a CAGR of 23.8% versus 9.6% CAGR for the S&P 500. This is pretty good performance, but not nearly as good as the performance of his long forgotten original Magic Formula.

It’s difficult to argue against Greenblatt’s success, but his Magic Formula returns still don’t match up with the returns of a decent net net stock portfolio. In fact, his greatest returns were achieved with his forgotten original Magic Formula and risk arbitrage back in the 1980s.

Greenblatt’s high-flying net net stocks are much harder to find today, however, even with the power of today’s stock screeners. In fact, the pool of net net stocks in the US market is often so small that there may only be a handful of even decent quality net nets at any given period of time. This is why reaching out into friendly international markets is so important.

And this brings our discussion back to holding periods. First, there truly is no need to have 20-30 stock at one time. Greenblatt himself argued that you need fewer than 10 stocks to avoid systematic risk in value investing.

Second, a reduced pool of high quality net net stocks means that trading on a strict yearly basis is unrealistic. Truly exceptional net net stocks are as profitable as they are rare. These stocks are often very conservatively financed, and growing NCAV and earnings from year to year. A three year timeframe means not forcing yourself to sell your best holdings just because 12 months have passed. Holding on to great, growing, net net stocks for much longer will ultimately reduce your costs and produce better returns overall.

So, ignore those twin demons of fear and greed by setting a firm cutoff of three years, and be prepared to sell when your stocks reach NCAV. Doing so means seeing past those who opt for tax-efficient portfolios at the expense of profits and will ultimately leave you with a much higher return than you would otherwise achieve.

Get free high quality international net net stock picks sent straight to your inbox. Enter your email address in the box below.