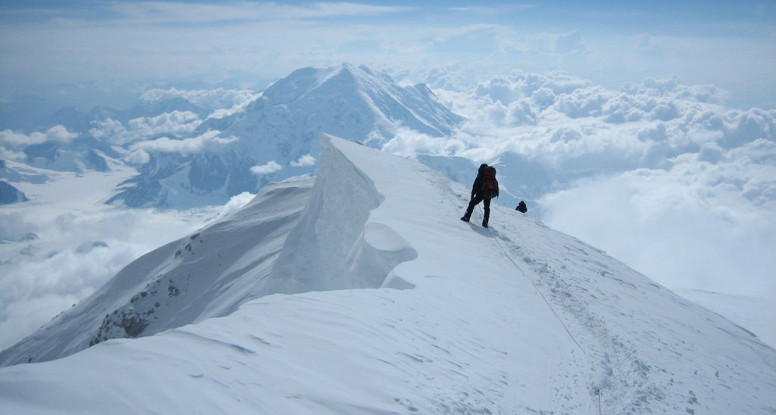 Your Limiting Beliefs Are Sabotaging Your Investment Returns

You could be destroying your only chance at a happy financial future and not even realize it. In fact, most value investors are in the process of doing just that.

Have you ever thought something to be true only to find out later that it just wasn't so? Maybe you thought that Munich was the capital of Germany, or that anything that combined cake and cheese must be disgusting.

Everyone has their own limiting beliefs -- a belief that limits their potential in some respect. Unlike German cities or cheesecake, these beliefs hold you back from making your life better -- happier, healthier, more productive... even wealthier.

Back two years ago I had a major limiting belief when it came to creating websites. Somehow I got it stuck in my head that, since I knew almost nothing about websites, FTP, databases, CSS, or HTML, there was no way I could start a website project of my own. If I wanted to start a project, or embark down a career path, I assumed it would be better to stick to things like photography or becoming an accountant. It took some sharp words from one of my good friends to call that belief into question. Now, 9 months after starting our Net Net Hunter newsletter, over 1500 people have signed up for free net net stock ideas and Net Net Hunter has become a thriving value added website dedicated to NCAV investing.

Limiting believes stretch far beyond the things in your day to day life.

One of the most damaging areas they attack is your own investing habits. While investing, limiting beliefs typically take the form of assumptions you make about a company or industry -- that the business is going bankrupt, that the firm isn't profitable so not worth investing in, or that a stagnant industry is a bad place to look for investment opportunities, for example.

When it comes to investing, what you think you know that just ain't so can prevent you from investigating the opportunities that would propel your portfolio much higher.

An even more damaging set of limiting beliefs that I come across are those which shift your entire investment strategy. Time and time again I come across people with the conviction that making a good investment means buying a good, profitable, company with a strong competitive advantage. Their conception of sound investing is that a good business and a good investment are one and the same -- despite the evidence or logic. Typically this means buying large cap stocks that have already been identified as firms with competitive advantages.

Net net stocks are another example. I don't know how many times I've heard people claim that net net stocks just don't exist anymore. People seem almost fanatic in this belief, using strong emotion to declare this a fundamental truth, despite the large number of net nets we've uncovered in international first world markets. Limiting beliefs like these prevent people from adopting highly profitable investment strategies that are actually quite easy to employ.

You're Swimming With Sharks

Here's the thing about investing: if you want to earn high returns then you have to focus your time doing things that other people just aren't doing. This means focusing on your own competitive advantages as a small investor.

Ironically, most people don't do this. Most people surrender to their own limiting beliefs and just follow the accepted "wisdom" of the crowd, no matter how misguided it is. They, essentially, adopt the limiting beliefs of the masses in a way that prevents them from taking a far more profitable course of action. You have to bust through this if you want to achieve great, market crushing, returns.

One obvious way to do this is to take advantage of your size by focusing on the areas of the market that large investors and the rest of the general public either can't or wont touch -- micro cap and nano cap companies. These market areas provide the most opportunity for individual investors due to how the investment industry is structured.

"Many good poker players lose due to choosing games where they don't have an edge because of difficult opposition, just as many investors focus on a universe of large caps, where they won't have an edge against the serious players if they're looking to beat the market."

Think about it this way: professional money managers manage the bulk of the money being invested in the market. They're usually investing 10s of billions of dollars at any one time so have to look for massive companies that can accommodate a vast amount of money. Investing in 100s of small companies is far less practical given the time and effort required to source ideas, research, and maintain the portfolio. Firms with market caps below $100 million USD are rarely even looked at.

How you do think you would do stepping into a ring against a group of heavy weight boxers? Why do you think investing would be any different?

It also pays to leverage your size and independence by adopting a great investment strategy. There are plenty available. I've opted for Benjamin Graham's net net stocks strategy because it has the longest record of exceptionally high investment returns... and it's simple to use. It's been used by the likes of Joel Greenblatt, Tweedy Browne, Seth Klarman, Walter Schloss, Peter Cundill, and even the legendary Warren Buffett when he was racking up his largest returns.

You don't have to be an Investment God to excel using the strategy, though. Mechanical portfolios do extremely well and I've managed to return roughly 30% per year over the last 3 1/2 years.

Limiting beliefs have worked their magic at keeping this investment strategy open for those who trust in Graham & Dodd. Many people look at the firms on offer with a Warren Buffett lens and turn their nose up -- despite how well buying groups of net net stocks perform over the long run. To be fair, these stocks are ugly... but ugly has also proven to be extremely profitable.

They're also small, though, which has kept a lot of people out who would rather box against the pros. As one of our members put it so perfectly, "Many good poker players lose due to choosing games where they don't have an edge because of difficult opposition, just as many investors focus on a universe of large caps, where they won't have an edge against the serious players if they're looking to beat the market."

So how well do tiny companies trading below NCAV do? According to Graham, these stocks are good for at least 20% per year over the long run if you just put together a basket and replace each stock as it comes due. NCAV studies have shown returns at least as high as 35%, however, and my own portfolio has racked up a compound annual return of approximately 30% over the last 3 1/2 years.

I'm a big fan of busting through limiting beliefs, and you should be too.

When it comes to solving your own investment handicap, there are a number of steps that you can take. For starters, grab a piece of paper (two, if necessary) then sit back with a pencil and jot down every single belief you have about investing.

After you've made an exhaustive list, you'll notice that some of these beliefs contain words of phrases such as "no," "I can't," or "never". These beliefs hold your actions in check -- they limit your behaviour and outcome. That's not always a bad thing. In fact, much of the time these limiting beliefs will keep you from making major mistakes. The problem comes when they're beliefs that you just shouldn't hold given the evidence.

It's your job to sort through them to to figure out which ones are justified given the evidence and which ones should be thrown away.

Another key step that you should take is to examine the evidence when it comes to the returns available from small net net stocks. It took me years to wake up to how good these investments are -- don't make the same mistake I did. To start, visit this article here on Jae Jun's Old School Value for a breakdown of how much better net net stocks do the smaller their market cap, and these three articles here, here, and here which show how well these stocks do in academic studies and in my own real money portfolio.

When you're done, either sign up for free net net stock ideas in the box below this article or click here to get full access so you can start putting together a high potential net net stock portfolio right now.