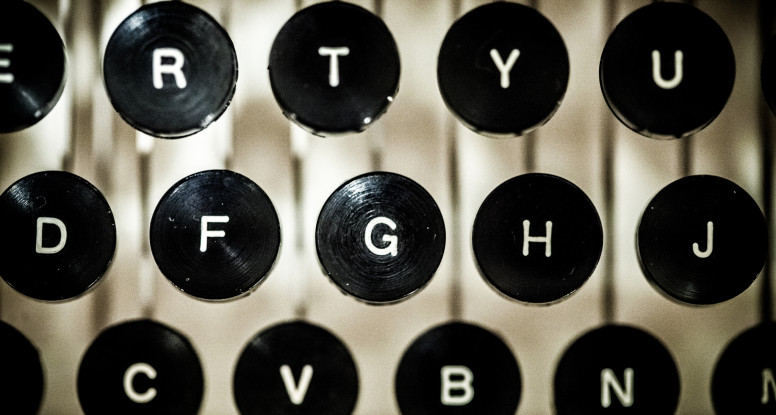 Beating the stock market is actually quite simple, so why do most investors find market-beating returns so elusive? Chris Browne, managing partner of the legendary value firm Tweedy, Browne, doesn't.

The success of value strategies has been well documented for at least the past 60 years. It’s no secret, now well into the 2010s, that beating the market is as simple as putting together a diversified portfolio of value stocks and rotating those stocks when they appreciate back up to fair value. It’s baffling, then, why so few people actually take advantage of this very simple strategy, despite the evidence.

In a speech given to the Columbia Business School in 2000, Tweedy, Browne's Christopher Browne offered up some key insights.

In more recent years, two schools of thought as regards investment have emerged that we believe do have significant merit to the investor. The first is highly empirical and is based on a body of work, principally academic studies, that show that stocks outperform bonds, and value outperforms both growth and the popular stock market indices over long periods of time. We have collected 44 of these studies in a booklet entitled What Has Worked in Investing, which we are happy to provide to any present or would-be investor. The overriding conclusion of these studies is that value investing provides superior returns compared to all other investment styles. The second body of recent academic studies deals with the question of why the vast majority of both professional and individual investors ignore this empirical evidence when making investment decisions.

Who Is Tweedy, Browne?

I'm going to go out on a limb here and assume you know Warren Buffett. Yes, I know, big assumption. In 1984, Warren Buffett wrote a now famous article in Hermes, a Columbia Business School magazine. In the article, Buffett argued for active value investing using principles originally developed by Benjamin Graham. His argument included a number of different professional value investors with outstanding records which he dubbed Superinvestors. One of those value firms was the now legendary Tweedy, Browne, a firm Chris Browne's father joined and later invited Chris to join. Sadly, Chris Browne died in 2009, but the legacy he left behind lives on through numerous articles and speeches available on Tweedy, Browne's website.

At the time that Buffett wrote his article, Tweedy, Browne had achieved an outstanding investment record. Over the 15 3/4 year period, the firm's portfolio achieved a 20% compound annual growth rate. That compared very well to the S&P 500's 7% return. Tweedy, Browne definitely nailed it. Take a look:

A lot of this knowledge has been packaged up into a great little book by the Tweedy, Browne master investor titled, "The Little Book of Value Investing." But read on to find out more about his thoughts on how individual investors like you and me fail to beat the market.

Tweedy, Browne on Irrationality and Your Portfolio Returns

Many economists maintain a heroic ability to cling to the idea of man as a rational wealth maximizing being, despite real world evidence. The evidence is especially obvious in the field of investing, where investors consistently commit large investment errors. In the field of investing, Man acts like anything but a rational, wealth maximizing being.

The truth is that few money managers take the time to figure out what works and develop a set of investment principles to guide their investment decisions before setting out to manage money. This is an issue that Charlie Munger spoke about brilliantly in an address where he spoke of the need to develop models to guide our behavior. Without models or principles, one is just flailing in the dark and mistaking luck for success.

Failing to think deeply about your investment strategy before investing money can doom your portfolio to years of under performance, as it did the portfolio of one of Chris Browne’s personal friends, who insisted on buying bonds as a way to “avoid losing money”. He should have just invested with Tweedy, Browne.

Over the ensuing 10 years, I calculated his municipal bond portfolio would have grown to $1,140,226 at a assumed interest rate of 5%. If the same funds had been invested in the Standard & Poor’s 500 Index, he would have $2,906,639 before taxes at a 15.3% annually compounded rate of return. If this investment was taxed at a 40% rate, his after tax nest egg would have grown to $2,023,983. His “loss” for not being invested in stocks was $883,757. However, since the loss was really only an opportunity cost, he did not feel it. Moreover, it is unlikely he would have had the stomach to stay invested after the crash of 1987. In explaining our friend’s behavior, psychologists have found that the disutility of loss is twice as great as the utility of gain.

As in the case of our friend with the municipal bond portfolio, the frequency with which an investor checks his investments plays a significant part in his or her level of risk aversion. As stocks go down on nearly as many days as they go up according to De Bondt and Thaler, stocks can be highly unattractive if they are observed on a daily basis. Other behavioralists have estimated that if an investor’s time horizon was 20 years, the equity premium would fall to 1.5% from 6% as there is very little chance an investor would experience a loss after so many years, and stocks would be a much more appealing investment.

Eugene Shahan analyzed the investment records of the seven managers presented by Warren Buffett in his debate with Michael Jensen. Shahan found that despite the fact that all seven managers outperformed the S&P 500 extraordinarily, none of the managers outperformed it every year. Six of the seven managers underperformed the S&P 500 between 28.3% and 42.1% of the years covered. Often, the periods of underperformance lasted for several years in a row. In the case of Ruane, Cunniff’s Sequoia Fund which has produced a total return of 12,500% versus 4,900% for the S&P 500 from inception through 1999, it experienced declines of 39% in the 1973- 74 period, and 30% in 1979-1980. Periods of such underperformance would have resulted in termination by all but the most convicted value investor.

If investors had just stuck with their investment manager despite the significant losses they suffered over those periods they would have handily beaten the market when it came to retirement. Part of the conviction to stick with the manager would have come from the manager’s strategy and his investment decisions themselves, not by the results of those decisions. After all, as Tweedy, Browne understands, we can only control our own actions.

But most investors wouldn’t have stuck with those managers, despite the great long term results. The fact is that investors tend to extrapolate extremely short trends well into the future, constructing a prediction that’s as inaccurate as it is rosy or dismal. Ironically, this very tendency may be partly responsible for the success of value investing strategies in the first place. Chris Browne continues

[Lakonishok, Schleifer and Vishny, and their paper, Contrarian Investment, Extrapolation and Risk]… conjecture that the superior performance of value strategies versus what they call “glamour” or growth strategies is the preference for glamour strategies over value strategies by both individual and institutional investors based on their predisposition to extrapolate recent past performance with future performance.

Even when investors suspect a turnaround may eventually occur, Tweedy, Browne's Chris Browne claims that they’re still hesitant to act,

The allure of more immediate gratification also plays an important part in investors’ stock preferences. Value stocks often take longer to work out than investors who are seeking more immediate, abnormal returns are willing to wait.

Confidence and the preference for short-term gains are, understandably, joined at the hip. If investors are confident that they can extract a bit of profits without waiting, why hold on for an eventual bump up in price, even if that capital gain is highly likely to occur? Much better to make your money where big gains are next to come than to play probabilities with cheap stocks, right?

The same tendency towards over confidence exhibits itself in portfolio turnover rates, which are largely a result of attempting to “time the market.” ……In a paper written by Brad Barber and Terrance Odean of the Graduate School of Management at the University of California, Davis, the authors found that over- confident investors trade more and make less. The greater the trading volume, the poorer the returns.

…which can only be explained by the inability of the vast majority of investors to predict which way a stock, sector, or market will move before the movement takes place. Ironically, this is exactly what most investors aim to do – an activity that amounts to little more than gambling. Here's how Tweedy Browne invests.

It is possible that the behavioural tendencies displayed by even professional investors are almost impossible to overcome. It often takes an unusually insightful and introspective person to even recognize the behavioural shortcomings he has, let along act to correct them.

And this brings us back full circle. Why don’t investors take advantage of value strategies when the evidence points overwhelmingly to large long-term returns? As Chris Browne sums up,

The most obvious question that arises from this discussion is why investors, both individual and professional, do not change their behavior when confronted with empirical evidence which more than suggests that their decisions are less than optimal. One answer offered by Lakonishok, et al, is that being a contrarian may simply be too risky for the average individual or professional. If you are wrong along with everyone else, the consequences professionally and for one’s own self-esteem are far less than if you are wrong and alone in your choice of action. Sometimes called the herd instinct, it allows for the comfort of safety in numbers. The other reason is that individuals tend not to change courses of action if they are happy. Individuals can be happy with sub-optimal results so long as they are not too painful. Moreover, individuals who tend to be unhappy and prone to making changes often do so for the wrong reasons and end up being just as unhappy in their new circumstances. Resistance to change and the fear of failure may simply be forces too great to overcome.

Tweedy, Browne has put a lot of these lessons into practice, producing one of the best returns of all time. Investors are well advised to heed the warnings master Tweedy, Browne manager Chris Browne highlights - not doing so will prove very expensive over the long term.

Follow In Tweedy, Browne's footsteps by digging deeper into the best value investing strategy of all time. Enter your email below to receive a free monthly net net stock pick plus high quality investment information because you only have one life in which to save and invest.