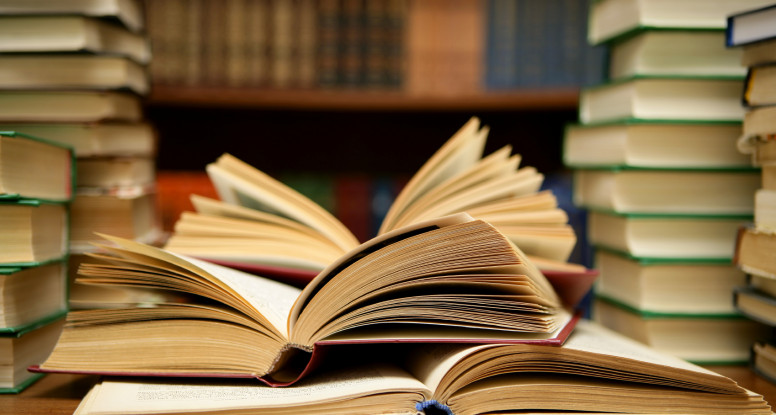 6 Benjamin Graham Books You Have To Read

A lot of investors get antsy during market peaks and downright frantic during bear markets.

When great value stock opportunities start to dry up, a lot of investors make the mistake of buying low quality stocks or demanding a far smaller margin of safety. Even the best investors can get pulled into this trap. When that bear starts to growl, though, the opposite always happens. Investors button up their wallets to avoid the pain they're sure is to come. For whatever reason, our fight or flight response is wired to lose money.

That's why many Benjamin Graham books deal with both the technical and the emotional aspects of investing. Deepen your knowledge base by developing the right mental models and you'll be able to attack the market with more skill, insight, and ferocity when the situation arises.

So, what should you read?

Many Benjamin Graham books have already been written about extensively but there are a few out today that he would have loved to read if he had the chance. Not only was Graham the father of value investing, he was also a maverick, ahead of his time, with a sharp intellectual wit and a passion for the classics. No, I'm not talking about Hemingway or Alfred Hitchcock -- I'm talking about the true classics, Greeks and Roman literature.

When it came to investing, Graham was overwhelmingly focused on the Balance Sheet, intrinsic value as assessed by a rational businessman with access to the relevant facts, and the role of human judgement both in selecting securities and in shaping the overall events of the stock market. With that in mind, here are 5 books that Graham would have loved.

Benjamin Graham was acutely aware of the role that human psychology plays in investing. Investing is a strange discipline, laying somewhere on the crossroad of social or cognitive psychology and corporate finance. While some economists still like to claim that people are rational number crunching machines, many in the fields of finance or economics are starting to wake up to actual human nature nature -- a nature well understood by most other disciplines since at least the time of the Greeks.

Graham would have been impressed with the advances of modern day psychology. Specifically, a lot of work has been done in the area of social psychology and the factors that influence human decision making.

One of the best books on the subject of influence is the aptly titled book Influence, by Robert Cialdini. Cialdini is the most well known expert on persuasion tactics and has been publishing papers and books on the subject for decades. Influence or persuasion is found in far more places than infomercials on TV. Persuasion tactics involve a range of external cues which trigger automatic responses inside of you, similar to the process that's triggered when you plug your iPad into your iMac.

Cialdini's book is is excellent, easy to read, comprehensive, and fairly short. It documents a comprehensive list of human triggers which can override your rational capacity and cause you to make poor decisions at critical points of time -- such as when you decide to buy or sell a stock.

It goes without saying that if you can understand the triggers and the processes they start you can take steps to mitigate the impact of these processes on your portfolio.

Emotional Intelligence: Why it Can Matter More Than IQ -- Daniel Goleman

When it comes to investing, people should ultimately become far more knowledgable about their own emotions. Since emotions literally compel people to act, recognizing when an emotional response is overriding your rational decision making ability is critically important when it comes to managing your own money.

Daniel Goleman's book, Emotional Intelligence: Why it Can Matter More Than IQ, is a seminal work in this area and Goleman himself is widely regarded as the leader in the field of emotional intelligence. The book combines a good blend of theory and practical application, explaining how knowledge of your own emotions, emotional triggers, and ideal responses to emotional impulses affect key areas of your life.

In terms of practical application, Goleman does a good job identifying physiological sensations in the body and linking them to experienced emotions to help people develop their emotional intelligence.

Thinking, Fast and Slow by Daniel Kahneman was by far the best investment book I read during 2015. Kahneman is a master psychologist with a passion for economics and decision making. In fact, he won the Nobel Prize in Economics in 2002 for his work on prospect theory. Kahneman spent his career identifying cognitive errors and mistakes people make when making economic decisions. Thinking, Fast and Slow is the culmination of his lifetime work and will definitely raise your awareness of the major mistakes you're making when investing.

Aside from human psychology and finance, Benjamin Graham was a keen student of market history. When discussing market or investment trends, he would often claim that 50 years worth of data was not enough to draw meaningful conclusions about the success or failure of particular investment strategies. Instead, he favoured a much longer glance back in time.

Manias, Panics and Crashes: A History of Financial Crises, originally by Charles Kindleberger and Robert Aliber

losses during the 1930s depression. Over the last few decades, a number of great books have come out diving deep into economic history but one which I think Graham would have liked is Manias, Panics and Crashes: A History of Financial Crises, originally by Charles Kindleberger. Manias, Panics and Crashes takes a scholarly look at financial calamity over the last 200 years. It focuses on the role that credit expansion and financial mismanagement has played in asset bubbles and the spectacular crashes in recent (if you can call 200 years recent) memory. It is written in an easily accessible style and actually pretty entertaining.

After Kindleberger's passing at the age of 92, the book has been updated by Robert Aliber to include the Great Recession of 2008/9 and the collapse of Lehman Brothers. The book is in its 6th revision, originally being published in 1978, with following re-writes in 1989, 1996, and 2000. Kindleberger himself was professor of economics at MIT for 33 years, where he wrote 30 books.

As a sharp empirical philosopher, Benjamin Graham had a laser-like analytical ability and a gift for using raw data to put together consistent theories of investment. The textbooks he penned are classics and considered must-reads for any aspiring value investor. The problem is, however, that they're getting a little dated. Even the latest 7th ed. of Security Analysis is based on a text that's over 50 years old.

Martin Whitman is very much a classic value investor. Focusing on balance sheet data and a firm's current earning potential, he definitely espouses the same value investing principles that Benjamin Graham did before him. He also has a fantastic track record edging out the S&P 500's 9.5% return by 2.2%. Given the size of his fund, that's quite good -- and enough to place him among the top 15% of fund managers.

Whitman's book is a modern day take on Graham's classic, Security Analysis. It essentially brings Graham's same principles into the new millennium, complete with contemporary examples. Keep in mind that the book does present security analysis through the lens of Martin Whitman's own approach, however. Whitman's focus is heavily targeted at corporate finance rather than the overwhelming focus on securities that Graham favoured in his books.

If you're looking for a modern take on Benjamin Graham's classic textbooks, Security Analysis: Understanding Wall Street Fundamentals by Martin Whitman is likely it.

At the heart of value investing is financial statement analysis. While not a perfect scoreboard, accounting does do a fairly good job of tracking the essential pieces that make up the firm's actual business value.

Graham strongly encouraged security analysts to develop the knowledge needed to excel at their craft. Most of this comes down to having a detailed understanding of accounting.

One accounting textbook you can pick up is Financial Statement Analysis and Security Valuation, by Stephan Penman. This book looks at financial accounting through the applied lens of value investing. Readers are treated to all sorts of financial statement data, and are shown how to interpret that data when making financial decisions.

This is a great resource when it comes to assessing value stocks for your own portfolio. Penman himself has been a professor at Columbia Business School since 1999 and is currently the chair of the accounting department.

I've listed enough books to keep you busy for most of the year: three fantastic books on human psychology, one book that takes a great look back at market history, one solid book on applied accounting, and one fantastic textbook to help you develop a stronger framework by which to invest.

I couldn't leave you without one final suggestion, though.

I mentioned at the start of this article that Graham had a deep love for the classics, Greek and Roman literature. One of the best books ever penned by the ancient Greeks is The Republic, by Plato (~400BC).

Plato, as you should know, is widely regarded as the second greatest of the ancient philosophers, with student Aristotle edging him out for top spot. Plato is, however, the best writer among the ancient Greek philosophers.

Using Socrates as a puppet, Plato uses his Platonic metaphysics and his take on human nature to craft an ethics and blueprint for the ideal state. That ideal state is, of course, ruled by a philosopher king.

Nobody said ancient Greek philosophy would be easy to understand. It is free on Amazon, though, so you might as well pick it up.

Pickup a Book, Deepen Your Knowledge, Expand Your Mind, Protect Your Portfolio

These 7 books should give you enough reading to last the year.

More importantly, diving into one of these books will ultimately help prevent you from making major investment mistakes at key times in the market cycle. Scan the books listed above one more time and select one that addresses a major weakness that you have as an investor. Addressing your weaknesses is a core part of what it takes to be a skilled investor -- and who better to model your reading after than the Dean of Wall Street himself, Benjamin Graham?