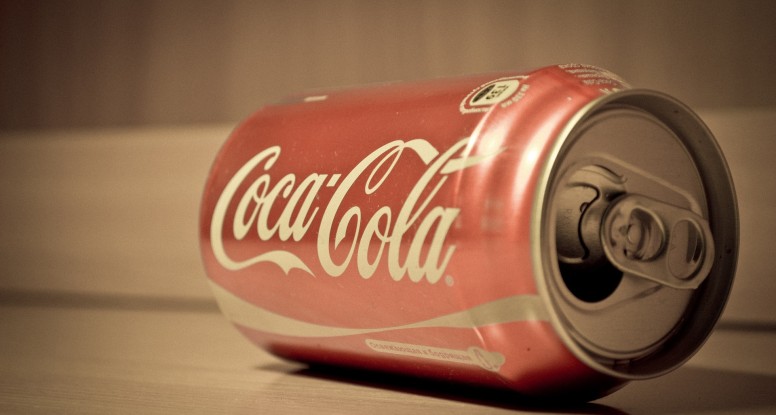 This article on the investment prospects of Warren Buffett's moat companies was written by Evan Bleker. Evan is a small investors employing Graham's highest performing value investing strategy, net net stocks. In 2014 Warren Buffett explained that the net nets he bought in the 1960s helped him achieve the highest returns of his career. Get 4 original articles written by Buffett covering these firms. Click Here.

Quick, think of a company.

What did you think of? Chances are really good that you thought of some large well known company. Maybe you thought of a consumer electronics company like Apple or a social media giant like Facebook or Twitter. If you're like me than you probably thought of something food related: McDonald's, Coca-Cola, Starbucks.

Even Better Than the Real Thing

One thing all of these companies have in common is that they are giant, well known, and well run businesses. More than that, they're great businesses. An early investment in any of these firms -- so long as they have been listed for a number of years -- would have worked out spectacularly well to date. Just take a look at Coke.

Warren Buffett did exceptionally well when he bought in.

If you had invested in Starbucks, on the other hand you would have done even better in a much shorter period of time. Since 1992, Starbucks has returned 11 668%, which would have turned the same $10k into a cool $1 170 000. Not bad for sitting on your hands for 21 years.

Coke is one of those iconic companies that Warren Buffett loves to buy. Any investor anywhere in the world within the last 20 years should have been able to recognize Coca-Cola and known the significance of the business. Coca-Cola is one of those truly outstanding companies. Meteoric growth, fantastically profitable, juggernaut-like competitive advantage in terms of distribution and brand. Coca-Cola is the very definition of a great business, as Warren Buffett likes to remind us.

Yet countless people ended up actually losing money by investing in Coke. How could this be?

Take another look at Coke's graph above. Your eyes ultimately want to follow Coke's rise in price from the late 70s until the line abruptly stops in early November of this year. It is easy to imagine how great the returns would have been if you had invested early and held the stock until 2013. But do you notice a substantial dip in the stock price on the second half of that chart? If you bought at the end of 1997 you would have had a much different experience.

Investors who invested in the late 1990s have essentially experience a lost decade of returns despite having bought one of the planet's top companies. From the end of 1997 until November of 2013 Coca-Cola has badly lagged the S&P500. Instead of even seeing their money double over the 15 year stretch, investors have been handed a skimpy 20% return before dividends... That doesn't even take into account America's ~3% yearly inflation rate over the same period and God help investors who bought in 1998 only to sell out in frustration mid-decade.

No, a great company is not always a great investment and the above figures definitely show that.

"Yeah, but that wouldn't have happened to me," you say. "I'll know enough to get in when things look like they're going to take off and then exit when things are cooling off for the company," you say.

I said that once, as well.

In reality there are very serious complications that come with picking growing stocks -- stocks that will rise by a demonic rate over the coming decade. For one, what you want isn't a company that's great right now but a company that will be great going forward -- one that will provide the same sort of growth shown by Coke or Starbucks. Unfortunately, it's always easy to spot the great companies in retrospect but terribly difficult to pick them in advance. For all the Cokes out there investors have managed to stumble into perhaps 50-100 other stocks that floundered. Without a titanically deep wealth of business experience picking the great companies from the not-so-great can be a real challenge.

Even if you're able to pick them, you still have to buy them at the right point in time. Unfortunately, the clearer it is that the company is going to be great the higher the price is likely to be. Remember Coke in the late 1990s? One of the reasons that the stock did so poorly from 2000 to 2010 is because of how great investors thought Coke was at the end of the 1990s. Essentially, investors bid up the price of the stock far beyond reasonable levels. As people come to realize just how good a company is more people start to buy causing strong social proof which infects other would-be investors. Even more people are pulled into the stock. At some point the whole Ponzi scheme collapses.

Show Me the Money!

Companies like Coke, the great companies of the world, don't rise in price despite their profits. Fundamentals were the driving force behind the massive long term stock increases of Coke, Starbucks, and Apple. A company's stock price will rise over decades if the value of the company also rises and that usually means rising earning power.

While there is a strong correlation over the long term, the price of a company never seems to stay locked to a company's value over the short run. Instead, the price of a firm in the stock market seems to jump around a company's actual value. If company X is estimated to be worth $100 million then in any given year, on any given day, the price could be vastly different -- maybe $50 million or $150 million. Over the long run, though, prices always seem to gravitate back towards the actual value of the company. What's great about great companies such as Coca-Cola is that this value always tends to grow so, while the price can jump around wildly in the short term, over the long term the price will rise along with value.

Warren Buffett used to be fond of saying that while a good company doesn't necessarily make for a good investment it is a good place to look. An intelligent investor realizes that the price of a firm and the value of a firm can diverge wildly so buys well below the value of a company. This is the essence of value investing.

Valuing any great company is easy in theory but, ironically, very tough in practice. Not only do investors have to decide on the best way to value a good company but they also have to decide on the assumptions to be used in the model. All of this makes investing in potentially good companies far more complicated than it seems at first glance. This is why I advise individual investors to stick with simple metrics and focus on finding companies that are facing large, temporary, fixable problems over potential Coca-Colas.

But I Want Massive Profits!

And I don't? There's a reason why I chose to invest in net net stocks after years of investing my own money. When it comes down to it, not only is net net stock investing easy to do but it also provides the same rocket-like returns that investing in the Coca-Colas of the world provide. The catch is that being a net net stock investor takes a strong stomach and the ability to think for yourself despite what TV commentators or people around you are saying. This is an investment strategy for those who are able to comfortably go against the crowd.

Another problem is that you have to be a small investor for this to work well. If you have a portfolio topping $10 million then you might want to try something else. Companies trading below their net current asset values are often very small, $2-50 million, and can be thinly traded. If your portfolio is too large then you probably wont be able to buy enough stock to see the same results that you could see with another value investment strategy.

Of course, net net stocks will help you get there quickly if your portfolio is smaller than $10 million.

Not ready for full membership? That’s fine. Just sign up for free net net stock ideas in the box below this article. No commitment, no obligation, and we keep your email address 100% confidential. Don’t wait. Sign up now so you can start making over 25% annual returns through net net stocks.