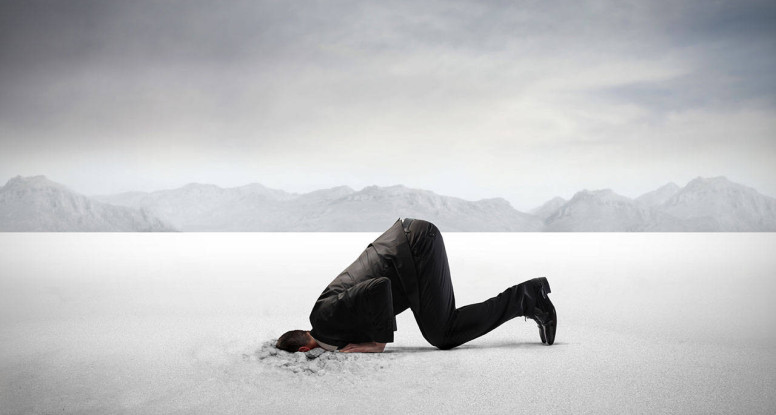 Sometimes an investor is his own worst enemy.

Back before I discovered net net stocks, I had already gotten into value investing but I wasn't set on a certain strategy. I was still finding my way.

Not knowing quite what to do after becoming thoroughly disillusioned with the value investing low P/E approach, I thought I would just put money into cheap investments run by legendary value investors. One of those stocks was Sears Holdings, the firm that owns Sears department stores, K-Mart, and other smaller assets. New to value investing, I thought it looked somewhat cheap. The housing boom was in full roar and a few value investing reports had come out claiming that Sears had a sum-of-the-parts value of about $200-250 per share. Since the stock was trading around $130 per share I decided to make a purchase.

Value Investing Does Not Require a Harvard Degree

A high level of intelligence and a Ivy league education may actually work against investors. To be good at value investing, a person needs a whole host of positive traits -- not just smarts. One of the most important is humility. Charlie Munger often talks about hubris being the downfall of a lot of smart men. Hubris is sort of like narcissism, it involves an overly high assessment of ones self, sometimes to the point where mistakes aren't recognized or cautions aren't heeded when they should be. To a person with hubris -- extreme pride or arrogance -- a value investing career can be very short lived.

One of the dangers these people face is psychological denial. For whatever reason, people can often take a mistake as a direct attack on who they are, causing their closely held self-image to crumble. If a man thinks he's smart, then making a mistake (or a series of mistakes) can destroy the image he has of himself. This can be tough to swallow since for whatever reason people in general keep their inner selves, the core of who they think they are, well protected. To protect their sense of self, people will keep well away from conflicting evidence when value investing, fail to recognize it when they stumble upon it, or even explain it away if they feel it becomes a threat. This is the essence of denial.

Psychological denial can be even stronger once a person has stated his position publicly. Not only does he have to protect his perception of who he is deep down from new threatening information but he also runs the risk of looking like a fool in front of others -- something most sane people dread. State your position publicly and you will subconsciously do everything in your power to keep from facing the fact that you were wrong -- ignoring contrary evidence and explaining away any that does emerge to disrupt your value investing stardom. You'll just end up viscously arguing against detractors and deny the relevancy of any possible conflicting evidence.

When it comes to value investing, a net net stock investor can do this by ignoring companies that haven't worked out. A value stock sits in your portfolio for a couple years, each month dropping a little further in price. Instead of revisiting the financial statements to see if a mistake was made you ignore it, turning your attention to the other securities you're holding. Instead of possibly finding out that your original thesis was wrong or that things have drastically changed since you purchased the company's stock you let the net net stock sit there, unloved, eroding in value.

I'm not different. While I don't consider myself suffering from hubris (no one I know seems to think I am, either) I still find myself drawn away from stocks that have failed to perform since I bought them. Every value investing portfolio has a small percentage of losers but investors should really make sure that the stocks that aren't performing in their portfolio haven't had their assets impaired or some other event hasn't upset the original value investing thesis.

The stock that sparked this realization for me is Total Telcom. When I picked it up, Total Telecom was just a tiny net net stock whose main asset was a bank account worth about 9 cents per share. Currently the stock is trading around 3 cents per share, roughly a 60% drop in value since I bought it.

Total Telcom sparked this realization because of another dead stock that was sitting in my portfolio, Sears Holdings. Unlike Total Telcom, Sears Holdings is not a net net company and its value is a lot less certain because of the assumptions that have to go into performing a full valuation of the firm. Despite dropping roughly 2/3rds in value since my purchase some years ago, I haven't brought myself to revisit the original value investing thesis or perform a new valuation of the company. This isn't laziness, it's a psychological trap that you have to be aware of or fall victim to.

How to Protect Yourself When Value Investing

It doesn't have to be this way. An investor can recognize his own human psychological pitfalls and take corrective action.

For me, that comes down to four different courses of actions when value investing:

2. The second is forcing yourself to perform an value investing autopsy before a stock is sold at the end of your holding period. Force yourself to ask the tough questions by making a list. What was your investment thesis? Did it work out? Did something happen that you didn't predict? What failed? What can you learn from what failed?

3. The third is arguably the most important when value investing -- recognize the importance of failure in learning and become the person who openly embraces failure to grow and learn. This involves seeing the core of who you are as someone focused on learning through failure. Set your sights on succeeding but, if you fail after giving it your all, ask what went wrong and learn from it. Don't shy away from it like those other investors who are too engaged with protecting self-delusions. Your value investing record will thank you.

4. Fourth, keep your investments to yourself but, if you can't, be humble and fallible in your assessment of your own value investing prowess and the investment merits of the company.

5. Fifth, keep objective. Assume the position of someone who is skeptical of the stock even at the time of purchase and wants to see what actually unfolds in order to see whether the stock is worth continuing to hold or not.

Develop Psychologically to Get Better at Value Investing

There are a whole host of psychological mechanisms that work when you start value investing. If not realized, these trap will drag down your returns. As a net net stock investor, you have to rise above it, discovering them and finding ways to circumvent them.

You started value investing because you're smart enough to recognize just how much evidence there is out there for how well this stuff works. Now, take the next step and cultivate your own character so you can get the most out of your financial decisions.

Start by getting free net net stocks sent straight to your inbox. Check out the box below.

Get the Book and Earn 25%+ Returns

It took me years to discover just how good Benjamin Graham's net net stock strategy is — the same strategy Warren Buffett used to earn his highest returns. Don't make the same mistake. Join Net Net Hunter to get quick access to high quality international net net stocks to earn 25%+ average annual returns. The money you'd make from even just one of our high quality net nets could be enough to pay for membership for years.

"I went to his site and I was amazed by the amount of content that he had. It’s really very high quality stuff. There are not a lot of websites that talk about Benjamin Graham style investing and it was like a gem in a lot of rubbish sites. So, I persuaded my business partners to sign up for a Net Net Hunter subscription and inside the membership we found even more gems — Evan talked about stocks, analyzed net net stocks in detail, and not just in a particular country such as in the US which most sites cover, he also went into the UK, Japan, all these countries uncovering net net stocks."

"Net Net Hunter makes selecting net nets really easy by having a shortlist of international stocks ready to go. The stocks are filtered through their scorecard to increase the odds of picking winners and helps you understand what process is being used."

"Net Net Hunter is a very valuable and unique service. There are very few sites dedicated to following net net stocks. This site offers investors a wealth of information on the subject as well as many potential stock opportunities to consider."

"Net-Net Hunter is excellent. It's your 'one-stop-shop' for high quality net-net opportunities across the globe. Not only is it a great place to find new net-net ideas, the community forum is a great way to surround yourself with investors who do it best. Such a great way to generate new investment ideas -- it's very impressive."

"The thought of financial independence before turning 40 had never crossed my mind. Then, I was lucky to meet Evan who has been offering guidance on how to invest. This is how I made a promise to myself to retire in under ten years. I now feel that my goal is within reach."

"I must say that it is an extremely undervalued service and something I have been looking for, for a long time! Thanks again for providing the service! Your analyses are thorough, logically sound, and approached with the right amount of conservatism."

"Although I am a finance professor and long-time value investor, I find Evan's picks save me scores of hours of research and screening work. I still do my own anaysis, but now I have a short list to use.."

"The forums are a great source of information. Members are savvy and very helpful. There are new posts every day ranging from questions to links to new information. There is new content every month and plenty in the archives. I have been a member for over a year now. I have seen some major updates over my time. Evan (the founder) has been personally very helpful..." Read Matt's Full Net Net Hunter Review

"I am a partner in a small training company, operating in North East Italy, Romania and, since 2015, in Croatia. I have started to develop my knowledge in value investment since 2011, and later especially in Deep Value thanks to Evan Bleker and Jae Jun. Unfortunately my work does not leave me enough time for research and analysis, so Net Net Hunter and its community have become a fundamental basis for my investments. I particularly appreciate Net Net Hunter's international focus and I am looking forward to the analysis of European markets because of their important opportunities for investment."