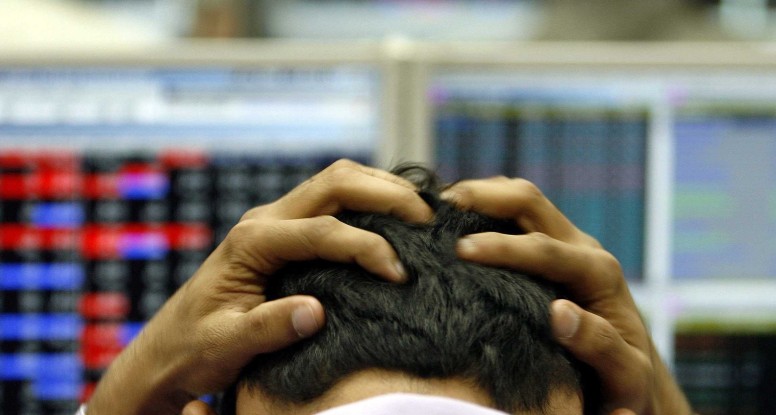 Value Investing: To Beat the Market You Have to Underperform

There are a lot of ways to lose money in stocks but only a few that essentially guarantee long-term investment profits.

Almost all of the market-beating strategies that I know of are rooted in value investing -- I wish I realized that earlier. An investor can adopt any number of these strategies, as Benjamin Graham and his students have done since the 1930s, and while some are far more profitable than others, all will yield good results.

When I first discovered value investing I began using a strategy called the Dogs of the Dow. The premise is simple. Since low PE stocks outperform the markets on average over a large number of years, investors can select members of the Dow Jones Industrial Average that have the lowest price-to-earnings rations and this group will out perform the market over the long run. Portfolio sizes can range from 1 stock to 10 stocks, depending on an investor’s ability to stomach volatility.

I was pretty set on using the value investing strategy and spent the next month and a half reading about it and selecting the companies I would invest in. In January I plunked, what was at the time, a large chunk of money down on 4 stocks then sat back and got ready to watch what would happen.

My holding period was one year. After a year I was supposed to sell the stocks in my portfolio and recycle the funds into 4 more candidates. As March came, not much had happened to my portfolio. The stocks pretty much stayed put at the level that I bought them at. When July rolled around my portfolio had inched downwards, while the Dow had inched upwards. By September the Dow had continued to advance while my portfolio was still underwater. I started losing hope throughout November and by the end of December I was convinced that the Dogs of the Dow was a dimwitted strategy.

Anybody who has read enough Benjamin Graham will know the mistake I was making. No matter what the claimed compound returns are of the value investing strategy you’re using, you have to remember that those stated figures are averages. It’s something that I should have realized before I even started the using the strategy but we all learn and grow over time.

Stick with Your Value Investing Strategy

Unfortunately, a lot of investors have a short-term focus and don’t stick to a strategy when it begins to underperform. When a value investing strategy starts to lag, investors with a weak investment temperament or a misunderstanding of how markets work make the mistake of leaving the strategy in favour of something that is currently performing better. This tendency to chase returns can end up killing their portfolios. Investors who pile into a value investing strategy after one or two exceptional years have already missed those yearly returns and will likely just start filing out when the new strategy turns for the worse.

This is something that everyone who has read their Benjamin Graham should know.

Just how much underperformance can you expect?

Well, if your value investing prowess an anything like Warren Buffett’s, Walter Schloss’s, Charlie Munger’s, John Templeton’s, John Neff’s, or Bill Ruane’s then you can expect to underperform quite a lot.

Legendary investment firm Tweedy Browne published a white paper years back titled, 10 Ways To Beat An Index. In it, they compared the yearly investment returns of the managers that Warren Buffett named in his epic lecture, Superinvestors of Graham-and-Doddsville. Tweedy showed readers how, even though these managers handily beat the market, each and every manager had periods where they underperformed the market.

These superstar managers underperformed the market one third of the time, on average. All but Buffett actually lost money. Tweedy Browne itself lost money in one year of the 16 years listed in Buffett's famous piece, and the rest ended up losing money in two or more of the years recorded.

As good as these managers were, none of them could beat the market each and every year. Underperformance wasn’t just a one year blip, either. Actual underperformance ranged from just 1 year to a 6 year stretch! …yet all ended up beating the market by wide margins and all are considered among the best money managers who have ever lived.

Take super investor Bill Ruane, for example. Ruane ran one of the best known value investing partnerships on Wall Street throughout the 1970s. Despite Ruane’s great long-term track record, Sequoia underperformed the market from July 1970 to December 1973. While the market racked up a 9% compound annual return during that time, the Sequoia fund compounded its money at just 0.7%. Investors who got frustrated and exited the fund would have missed out on its market-crushing compound returns of 24.4% over the next ten years.

Investors who had put their money into Pacific Partners had their patience tested even more. Over a 6 year period from 1970 to 1975, the value investing partnership had a negative compound rate of -7.4%! Investors who had enough pain and pulled their money lost out on a staggering 37.9% compound return over the next 8 years! It’s amazing what a little patience will do for investors.

Of course, investors have to know whether the manager or the strategy is actually worth anything before they can have the courage to stay the course. Sticking with a strategy that you know little to nothing about – not to mention getting into it in the first place – is foolish.

Like all value investing strategies, net net stock investing hasn’t beaten the market in every year and in some years it has even lost investors money. That’s fine by me. For the investors who are able to stay the course, the rewards from net net stocks are exceptional.

Benjamin Graham once quoted Spinoza saying that one must look at things in the context of eternity. I think that’s a very useful way to look at the success or failure of an investment strategy. Of course, in the context of eternity we’re all dead – but if we take a step back and look at investing as an activity that we’ll engage in for 20 to 30 years then periods of underperformance are put into context and become much easier to stomach.

The question that should be be burning in the back of your mind is that, if these outstanding value investors fell behind the market 1/3rd of the time then what hope do I have of beating the market? I actually think you have quite a bit of hope, but that needs to be qualified.

First, let’s take a closer look at how net net stocks have done over the years. To do this, we’ll look at Henry Oppenheimer’s classic study, Ben Graham’s Net Current Asset Values: A Performance Update. This study is fairly typical of the results found in other studies that have looked at NCAV stocks so will serve as a good yardstick.

Despite the fantastic returns of net net stocks during that period, however, the value investing strategy actually underperformed the index in 4 of those 13 years. That’s nearly 31% of the time! What’s more, three of those years stacked up together making for a trying period for investors who demanded immediate gratification.

If Benjamin Graham Were Still With Us Today…

All of this should point investors into the correct course of action if they really want to beat the market and rack up big returns over the course of their investment career.

The first things investors have to do is consider how their chosen strategy has done over a very large number of years – as long as possible. 3 or 4 years is not enough time to understand how an investment strategy performs. 30 or 40 years is a better minimum cut-off if an investor wants to make the best possible investment decisions.

Before an investor can rack up huge returns on his investments he has to have the fortitude to stick with the strategy despite its near term underperformance. This is the course of action that I’ve taken for my own portfolio and it’s one I advise you to take, as well.