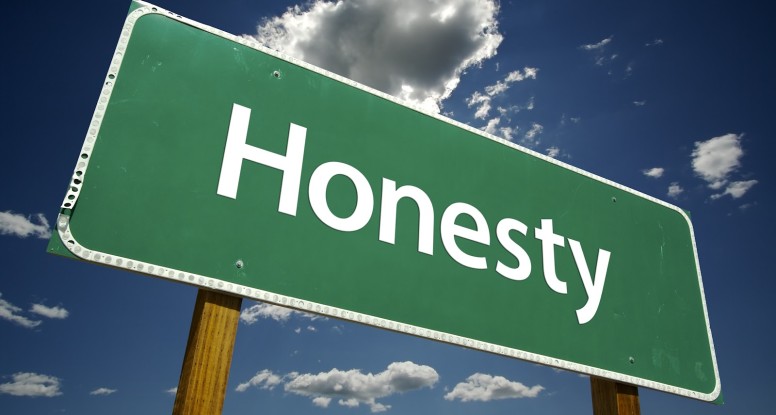 Value Investing: How Lies Can Devastate Your Financial Future

I was surfing the digital waves of the internet last week when I happened upon something that really disturbed me.

I've been value investing for a number of years now. I've had my share of up ups and downs -- as with most investors. I've also continued to feed my habit of reading high quality material about how to manage money, high quality material written by legendary investors. I've read nearly every significant investment book written by a notable figure that a retail investor could read so by now I have a keen understanding of value investing and how the world's investment greats have fared over the last 60 or 70 years.

On Thursday, though, I came across a few investment membership websites with "stock gurus" who claimed a track record so good that they have never lost money on an investment.

Even the Best Lose Money From Time to Time

Let me say this right away, clearly: Anybody who has invested in stocks through at least one turn of the business cycle will at some point have lost money on one or two of his holdings. That's just the way investing works. It's not that the business cycle itself is responsible for investment losses but that, if an investor invests for a meaningful number of years, he will eventually lose money on some investment.

It's also something that retail investors should be comfortable with. Not all of your stock picks will outperform the stock market -- and some will sink well below your buy price. What matters to the value of your portfolio over the course of your value investing horizon is the number of winners and the size of your average gain relative to the number of losers you have and the size of your average loss. Benjamin Graham, for example, lost money on a number of his holdings but still made a killing over the course of his value investing career. Peter Lynch, one of the best money managers ever, didn't even approach a perfect batting average. He even wrote that if an investor is right 60% of the time then that's outstanding. Warren Buffett even lost money on some of his holdings -- Berkshire Hathaway itself is probably the best example of this.

A finance professional who claims to have never lost money on an investment has either just started his investment career, has only put his money into bank accounts or short term government bonds, has been hanging on to paper losses for quite a while, is better at value investing than Warren Buffett, or is just a liar. Which do you think is most likely?

Those Who Mislead Others Publicly Will Eventually Mislead Themselves Privately

Let's forget for a moment about the ethics of making false statements to clients -- I hope everybody realizes just how wrong that practice is and how financially devastating it can be. I'm a firm believer that, especially in the public eye, lies and dishonesty have a tendency to catch up with you. The risk that you'll be found out eventually, ending your career, is pretty large.

On a personal  level, though, if you're dishonest with other people then there's a natural propensity to start to believe your own tales. Charlie Munger once told an interviewer how successful the Chinese brainwashing system was. The Chinese would just get prisoners to make statements until they believed what they were saying. It would start off small, perhaps something like, "It's raining today," but then they would eventually walk the prisoner through increasing levels of verbal compliance until the prisoner was a card carrying communist. Never underestimate the power you have to lead yourself astray by saying things you don't initially believe.

Be honest with yourself. If you're after a good long term value investing track record then being able to admit when you made a mistake or that you have had to adjust your investment strategy due to earlier mistakes in decision making helps improve your investment process over time. Imagine haphazardly selecting a poor value investing strategy but then, when the losses start pouring in, not having the psychological/emotional courage to admit your mistake. What would that do to your own long term net worth?

Saving face or purposely misleading others can destroy your portfolio. If you've spent a good amount of time misleading others then you're that much more likely to buy into your lies yourself. That's just how human psychology works.

I'm sure that's why honest hardworking investors such as Jae Jun at Old School Value or classic Benjamin Graham investor Nate Tobik come straight out and state publicly which of their investments flopped. I try to make it clear just what investment mistakes I've made, as well. Losing money on at least a small number of your holdings just comes with being a common stock investor. Admitting it is key to improving your value investing process and avoiding the same mistakes in the future.

How to Create Honesty

Being honest with yourself is probably the toughest thing to do when it comes to investing. Simple psychological denial can make it very hard for someone to admit their own mistakes to themselves. Denial helps an investor protect his ego, or sense of self worth. It doesn't help value investing returns, though. So how can an investor shortcut denial?

1. Whenever you make a value investing decision, write down all of the thoughts and assumptions that lead you to make the investment. Be specific.

2. Revisit your notes at least once a quarter to see if anything has changed.

3. Do the same when you're considering selling. If you sell, you have a record of your past thoughts that you can compare with how things actually turned out.

4. Record your value investing results. Most investors don't do this, maybe an expression of denial itself, but evaluating your track record can help your fix any problems you have in your investment strategy.

Dishonesty has a way of catching up with investors. Whether you're a financial advisor or a retail investor, it pays to be 100% honest with yourself and in your communication with others. Not being so can be financially devastating.