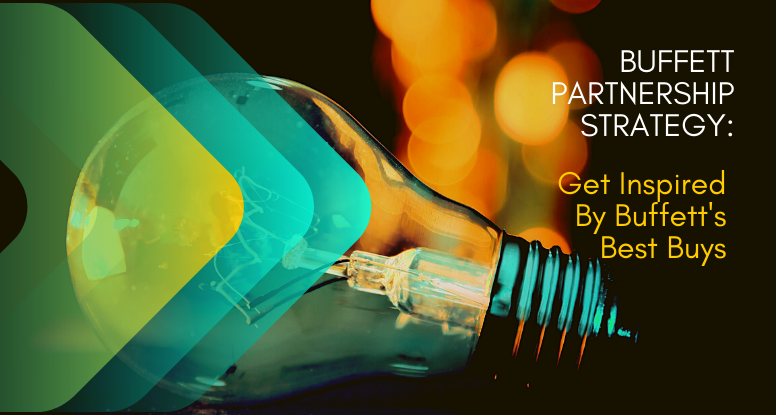 This article on studying the Buffett Partnership strategy was written by Thomas Niel. Thomas is a private investor, a financial blogger, and an accountant in Washington DC. In 2014, Warren Buffett explained that the net nets he bought in the 1960s helped him achieve the highest returns of his career. Download the 4 rare articles written by Warren Buffett himself that cover his highest conviction picks in the 1950s in How To Choose Deep Value Stocks Like A Young Warren Buffett for FREE right now. Click Here. Article image (Creative Commons) by jplenio, edited by Net Net Hunter.

If you are looking for net-net and deep value investing inspiration, there’s no better place than the early career of the Oracle of Omaha himself, Warren Buffett.

Buffett is known today for acquiring companies whole and investing long-term in blue chip names like Coca-Cola and IBM. However, at the beginning of his investing career, Buffett was purely deep value.

Buffett studied under the tutelage of value investing’s “founding father,” Benjamin Graham, learning the fundamentals of net-net and deep value investing. He then put those insights to work during his stint at Graham-Newman.

What he learned in the classroom and on the job proved invaluable when Buffett launched the first Buffett partnership in 1956. The Graham-style deep value approach Buffett used to start his investing career laid the foundation for one of history’s greatest investment track records.

The Buffett origin story may be as commonly known as the lives of Walt Disney and John D. Rockefeller, but here’s a quick rundown of his life leading up to the Buffett partnership:

Born in Omaha, Nebraska, in 1930, Buffett was the son of a stockbroker who eventually became a US Congressman. Buffett bought his first stock at 11 (Citgo), and by his teenage years was already a successful entrepreneur, running a paper route, operating pinball machines, and investing in Nebraska farmland.

With such a strong head start, Buffett was clearly on track to financial success, but his attendance at Columbia Business School set the wheels in motion to make him the most successful investor of all time.

While attending Columbia Business School, Buffett studied under Benjamin Graham, the “founding father” of value investing. After graduation, Buffett tried to get a job at Graham’s firm, but his request was declined.

Buffett headed back to Omaha, working for his father’s brokerage firm while investing in a Texaco station. Buffett built a following among friends and family in Omaha and developed his salesman skills via Dale Carnegie courses — skills that would come in handy when the time came to strike out on his own.

In 1954, Graham finally offered Buffett a position at his firm (Graham-Newman). Buffett moved back to New York, where he completed his value investing “apprenticeship,” honing the art of investing in deep value and net-net situations. During this time, Buffett worked side-by-side with future “Superinvestors” such as Walter Schloss.

Graham’s Disciple Branches Out On His Own

Even at the young age of 25, Buffett was ready to strike out on his own. Buffett returned to his hometown, and with just $105,000 in capital from family and friends, he set up his first fund, Buffett Partnership Ltd.

Limited partners received a 4% preferred return (hurdle), with Buffett taking 50% of gains and 25% of losses.

Through the late 1950s and early 1960s, Buffett set up additional partnerships to manage money. While bigger names on Wall Street dominated the headlines, Buffett quietly beat the market from his home office in the heartland of America. By his early thirties, he was a millionaire.

1950s Deep Value Investing: Like Taking Candy From A Baby

Even as his partnerships grew, Buffett worked with a limited capital base. Although several million dollars in the early 1960s was a lot more money than it is today, he still was small enough to operate like an individual investor can today in deep value and net-net stocks.

Pre-computer revolution, investing information was limited, and information on smaller stocks did not travel the globe at the speed of light. There were no “stock screeners” — value investors like Buffett depended on directories of investments such as Moody’s Manual to research companies and generate investment ideas. Reading them cover to cover was the only way to find deep value.

In addition, because of the technological limitations,what today could be disseminated in the markets over the course of hours or days took months, even years, to be reflected in the stock price.

The limited availability of information meant there were plenty of bargains hiding in plain sight. As Buffett discussed in a 1993 talk at Columbia University:

“I found a little company called Genesee Valley Gas near Rochester. It had 22,000 shares out. It was a public utility that was earning about $5 per share, and the nice thing about it was you could buy it at $5 per share.

“I found the Union Street Railway, in New Bedford, a bus company. At that time it was selling at about $45 and, as I remember, had $120 a share in cash and no liabilities.”

The Buffett partnership found the path to big returns — it was like taking candy from a baby. Value investing was still in his infancy. The Great Crash may have been 25 years in the past, but the memory still haunted both Wall Street and Corporate America.

Investors shunned the risks of smaller issues, preferring to put their faith in “blue chip” companies that were the bedrock of the booming postwar economy. Corporate managers shared in their conservatism. Smaller companies, typically family-run, were not gunslingers chasing opportunity — they had no qualms keeping large amounts of excess cash on hand to ride out a potential depression.

The stars aligned for an enterprising investor to capitalize on the deep value approach of Benjamin Graham — and profit handsomely.

Today’s investing public may see Buffett as a more gentlemanly investor, working with management instead of fighting them, but the Buffett Partnership had a lot in common with the “shareholder activists” of today. It was unafraid to fight and willing to invest the time and money to win a proxy contest:

Two of the most well-known activist investments from the Buffett Partnership era were Sanborn Maps and Dempster Mill. Sanborn Maps, which made maps for the fire insurance industry, held a large portfolio of investments worth more than the share price — the map business was thrown in for free! Buffett took over the company in a proxy fight, swapping Sanborn shares for pieces of the investment portfolio.

Dempster Mill, which made windmills, sold at a fraction of book value. Buffett took over the company via a proxy fight. The company faced some operating headwinds, but Buffett eventually turned things around and sold at a profit.

The Buffett partnerships focused primarily on old-school Graham-Dodd investing styles, but even in the early ’60s, Buffett started buying “great businesses at a good price” as opposed to only “okay businesses at a great price”.

In 1963, the “Great Salad Oil Scandal” ensnared American Express. AmEx had entered the factoring business, doing business with a soybean oil trader who defrauded creditors by adding water to his soybean oil storage tanks, inflating his inventory. Shares in AmEx tanked as investors feared the scandal’s effect would affect brand equity along with the balance sheet.

Buffett believed otherwise; research indicated that the general public still regarded American Express as a quality, high-trusted brand. This value would remain as the scandal played itself out.

It’s funny how a tender offer gone wrong turned into one of the world’s largest conglomerates.

Berkshire Hathaway was a true “cigar butt” — a dying textile mill in Rhode Island that made linings for men’s suits. The company, led by Seabury Stanton, used free cash flow to buy back shares. Buffett began taking a position in Berkshire to capitalize on the consistent tender offers (buying at $7.50 and selling for $11.50).

Stanton agreed to pay Buffett $11.50 for his shares, but at the last minute reduced its offer to $11.38.. This put the typically cool-headed Buffett “on tilt.” In his rage, he began buying as much of Berkshire as he could, enough to gain control of the company.

Deep Value Across The Board: How The Warren Buffett Partnerships Allocated Capital

As Buffett put it, he “killed the Dow” during the early years of his partnerships. Between 1957 and 1968, the Dow Jones Industrial Average compounded at a 9.1% rate; the Buffett partnership compounded 31.6% a year.

Buffett’s portfolio structure, gleaned from the 1969 investor letter, explains how the Buffett partnerships’ capital allocation allowed it to “kill the Dow”:

Controls (30%): These were “Generals-Private Owner” investments that Buffett partnerships ended up taking over. Sanborn Maps, Dempster Mill, Blue Chip Stamps, and Berkshire Hathaway all fall in this category.

Generals-Private Owner (20%): This was essentially a mix of “value is its own catalyst” and the “Acquirer’s Multiple” strategies — acquire businesses that are selling at a discount to their value to a private owner, even if clear catalysts are not immediate. The quality of the industry and management was considered, but this was largely a quantitative method of value investing similar to what we preach here at Broken Leg Investing.

Generals-Relatively Undervalued (11%): These are your “discount to peers” stocks. Buffett was very selective when investing in these stocks — if he didn’t “get it,” he didn’t invest.

Workouts (23%): “Special Situations” in Ben Grahamese. These are your spinoffs, merger arbitrage, and reorganization situations. These situations are a “market neutral” strategy, but they require due diligence to avoid deals that likely will fall through. They produced small, but short-term and consistent returns, especially in down markets. It is important to note that in the 1960s, merger arbitrage was still a niche field, and the spreads were much larger than what we see today.

Buffett understood the many flavors of deep value and spread his chips accordingly. When a situation called for a more mechanical, hands-off investment (similar to Walter Schloss), he invested in his “Generals.”

When the opportunity arose for him to become the catalyst (Sanborn Maps, Dempster Mill, Berkshire Hathaway), Buffett went for “Control.”

When outside events (the Salad Oil scandal) unrelated to long-term value impacted American Express’s share price, the Buffett partnerships seized the opportunity and profited handsomely when the situation was resolved.

End Of An Era (And The Beginning Of An Empire)

In 1969, in the midst of a runaway market dominated by the “nifty fifty” and “growth stories,” Buffett decided to call it quits and “retired.”

The funds were liquidated, with investors receiving both cash and the partnership’s interest in several of the “control” investments.

These included Berkshire Hathaway, along with Blue Chip Stamps and other vehicles. Eventually, Buffett consolidated his controlled companies into Berkshire, and the rest is history.

Today, Berkshire Hathaway ranks in the top ten largest public companies by market cap, and at age 87, Warren Buffett is worth over $85 billion.

Let The Buffett Partnership Style Of Investing Inspire You!

While the markets are tougher than they were in the mid-20th century, small investors today can look to the Buffett Partnership investment style for inspiration:

A diversified portfolio of net-net and deep value stocks continues to give investors the opportunity to yield long-term returns that outperform the market.