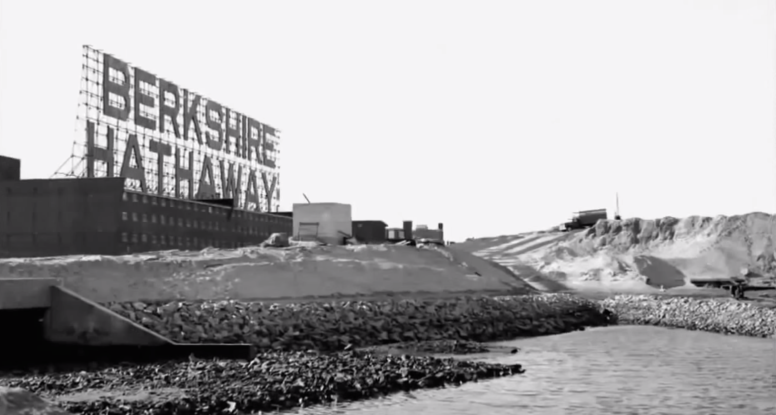 How A Young Warren Buffett Started His Fortune

At 72.3 billion dollars, he’s currently the third richest man in the world. He’s been called a wizard, an oracle, and a sage, as if his value investing and wealth came from magic, psychic powers, or rubbing a lamp and getting stock picks from a genie.

Buffett is incredibly wise, but what he’s accomplished isn’t magical or mystical. It’s fundamental. And, more importantly, his philosophy isn’t a secret. Buffett is a great philanthropist who has shared both his wealth and his knowledge since the beginning of his meteoric rise.

So now you may be asking, “what can you tell me about Warren Buffett that hasn’t already been written 47 books ago?”

This is where most investors get sucked into the Warren Buffett trap. They study the icon, but not the everyday man. They want to follow the strategies of a billionaire and not the lessons of a 20-year-old with $9,800 dollars who jumped on a train to work with his hero and mentor, Benjamin Graham.

Simply put, the way Warren Buffett invests now isn’t nearly as effective as the way he invested when he was a mere mortal. That's something those who signed up for free net net stock picks know well. Choosing your investments the same way Warren Buffett does now is like trying to stop a freight train by standing in front of it. You can't match his investment skill, and it's not worth trying to do what he's currently doing.

You are not Superman. And that’s a good thing.

Don’t take it from me. Warren Buffett, in his famous Berkshire Hathaway shareholder letters, will tell you the same thing.

In the Beginning There Was Warren Buffett the Man

In 2014, Berkshire’s gain in net worth was $18.3 billion, which increased the per-share book value of both Class A and Class B shares by 8.3%. The return was modest and, in fact, less than an investor would have gained from a passive investment in the S&P 500 that year.

Buffett reflected on this in his shareholders letter that year, giving those seeking his wisdom one of the most important lessons he could teach. He talked about the beginning:

"I purchased BPL’s first shares of Berkshire in December 1962, anticipating more closings and more repurchases. The stock was then selling for $7.50, a wide discount from per-share working capital of $10.25 and book value of $20.20. Buying the stock at that price was like picking up a discarded cigar butt that had one puff remaining in it. Though the stub might be ugly and soggy, the puff would be free. Once that momentary pleasure was enjoyed, however, no more could be expected." – Warren Buffett

Instead of relinquishing the shares at an opportune time – taking a puff and throwing away the cigar - Buffett stuck it out, ultimately investing more than 25% of BPL’s capital in a terrible business he knew very little about. In Buffett’s own words, he “became the dog who caught the car.”

Because of Berkshire’s operating losses and share repurchases, its net worth at the end of fiscal 1964 had fallen to $22 million from $55 million at the time of the 1955 merger.

During the next 18 years, Buffett struggled unremittingly with the textile business. In 1985, he finally threw in the towel and closed the operation.

Warren Buffett isn't the same investor now that he was when he was only dealing with small sums of money. Cigar-butt investing was only scalable to a point. With large sums, it would never work well.

His good friend and investing partner, Charlie Munger, offered him words of advice that has shaped Berkshire to this day:

Thus began Buffett’s approach to finding businesses based on intrinsic value and holding on to them for a long time. Even for a lifetime. This is truly the best strategy when you’re managing hundreds of millions of dollars or more, but, for sheer returns, investments in net net stocks will always be better.

You want to find cigar-butts, smoke them, get rid of them, and find more. This was the philosophy Buffett learned from Benjamin Graham and the most effective investment strategy that exists still.

“The many dozens of free puffs I obtained in the 1950s made that decade by far the best of my life for both relative and absolute investment performance.” – Warren Buffett

Are you listening yet?

That person is young Warren Buffett.

Let’s take a look at the numbers young Warren Buffett achieved in the 1950s and 1960s compared to his performance thereafter.

In this timeframe, the Dow returned a tiny 7.4% CAGR, crawling up to 152.6% over the same time period. It also had a negative return in 5 out 12 years. Buffett had a positive return in all 12 years, with his most successful year, 1968, reaching a remarkable 58.8%. That beat the Dow by more than 50 percentage points.

This was the pinnacle of Buffett utilizing the strategies of Benjamin Graham and investing in net net stocks. He focused on the best possible NCAV investments, such as Western Insurance Securities Company, and often chose fairly concentrated portfolios. Once he found the stocks, he simply puffed the cigar and celebrated his victories.

Back then, finding these valuable, cheap companies was difficult. Young Warren Buffett had to do his own research and put in relentless man-hours. He spent months combing through Moody's stock manuals to find a handful of available net nets. Today, you can find a good selection of high-quality international net net stocks by signing up for free net net stock picks or, even better, opting for full access to Net Net Hunter.

For comparison, between the years of 1965 and 2014 when Warren Buffett became a behemoth, Berkshire achieved a compounded annual return of 19.4%, over 10% less than the best years of his investment life. And, these numbers were heavily boosted by the returns young Warren Buffett achieved in the late 1960s. During this timespan, he also had a few negative years and a few more in which the S&P 500 outperformed his portfolio.

A return of 19.4% annually is nothing to sneeze at. Most investors do worse. Still, 84-year-old billionaire Warren Buffett wouldn’t last a round in the ring with his agile, quick-footed 30-year-old self. At a Berkshire Hathaway annual meeting, he admitted it:

"Yeah, if I were working with small sums, I certainly would be much more inclined to look among what you might call classic Graham stocks, very low PEs and maybe below working capital and all that. Although -- and incidentally I would do far better percentage wise if I were working with small sums -- there are just way more opportunities. If you're working with a small sum you have thousands and thousands of potential opportunities and when we work with large sums, we just -- we have relatively few possibilities in the investment world which can make a real difference in our net worth. So, you have a huge advantage over me if you're working with very little money." – Warren Buffett

You have thousands and thousands of potential opportunities that Buffett does not! By being able to invest in net net stocks, classic Graham stocks, you have a huge advantage over the Oracle of Omaha.

So, this brings us back to the beginning. A young Warren Buffett risked everything and hopped on a train to Washington D.C. to work for Benjamin Graham, the father of value investing.

In 1954, he accepted a job at Graham’s partnership for a starting salary of $12,000 a year. Under Graham’s tutelage, he fine-tuned his ability to spot promising net net stocks, as opposed to merely cheap stocks.

Both are obviously value stocks, but cheap stocks can be any stock where the current price is lower than the underlying intrinsic value. Net net stocks are valued purely on their net current assets. That’s cash, accounts receivable, and inventory minus total liabilities, preferred shares, and various off-balance sheet liabilities. Working capital. This is better known as the NCAV, or Net Current Asset Value.

If the stock price was 2/3 of the NCAV, Graham would buy. When the stock price returned to the full NCAV, Graham would sell. Assuming he found a good net net stock, his downside is protected by the discount to net liquid assets, providing a huge margin of safety. It’s such a solid strategy that you, as a small investor, don’t really have to know a thing about the industry. By comparison, Buffett went into textiles in a major way and lost his shirt.

There have been multiple studies that show Graham’s strategy consistently shows returns of a basket of net net stocks in the 20-35% range. From 1970 to 1983, an investor could have earned an average return of 29.4% by purchasing stocks that fulfilled Graham’s requirements and holding them for at least a year.

Buffett himself, using Graham’s strategy, stated that he would see returns within a 2-year timeframe 70 to 80% of the time. He would take a puff of a discarded cigar-butt and sell once that value was realized, instead of collecting boxes of cubans and waiting for them to appreciate in value.

Despite the simplicity of his approach, it seems most investors ignore the stocks that Graham would have most coveted. Investors nowadays want to invest as if they’re billionaires, choosing a wide range of large cap stocks and holding on to them until retirement, death, or the next big market crash.

Going against the market takes conviction and faith in your approach, something both Graham and Buffett had in spades. Smart value investors don’t brag about owning Apple or Google. They talk about small wholesale electronics factories and unknown retail companies. They are excited about international micro cap stocks in Japan or Australia.

Both Graham and Buffett had to do a remarkable amount of research to find the best net net stocks, but you don’t have to. I use a range of filters developed through my personal studies of Benjamin Graham, Buffett’s partnership letters, and various academic papers that have directed Graham’s net net stock strategy. This is tallied-up in my NCAV Core7 Scorecard, an investment checklist I use whenever I’m assessing the merits of each investment opportunity.

The rising market has lifted all boats, so there aren’t many net net stocks around — that is, if you stay within the United States. I dig deep into Net Net Hunter’s Raw Screen, combing through over 400 net net stocks in the USA, Canada, the UK, Australia, and Japan, using the mix of criteria that make up my Core7 Scorecard. I then choose the best NCAV stocks possible to yield the highest possible returns.

Finding dirt cheap stocks isn’t my only criteria. I also focus on screening out companies that have weak balance sheets, among a range of other critical metrics on my Core7 Scorecard. My focus on solid balance sheets comes directly from Graham, who focused on safety of principle before investment profits. This doesn’t guarantee every stock will be a winner, but it does reduce the possibility of any of the stocks slipping into bankruptcy.

My net net portfolio has returned 140%, nearly 100% more than the S&P and over 50% more than Warren Buffett and his army of world-class businesses. This is in no way putting down Buffett and I’m not saying that I’m a better investor than he is — that would be silly! It was his early strategies and letters that helped me create my hand-picked list of high quality net net stocks in the first place. There’s truly only one reason not to invest in a portfolio of net net stocks, and that’s if you find yourself as successful as Warren Buffett because of them.

Want similar returns? Sign up for my free net net stock picks by entering your email address in the box below. Take a puff of the cigar.