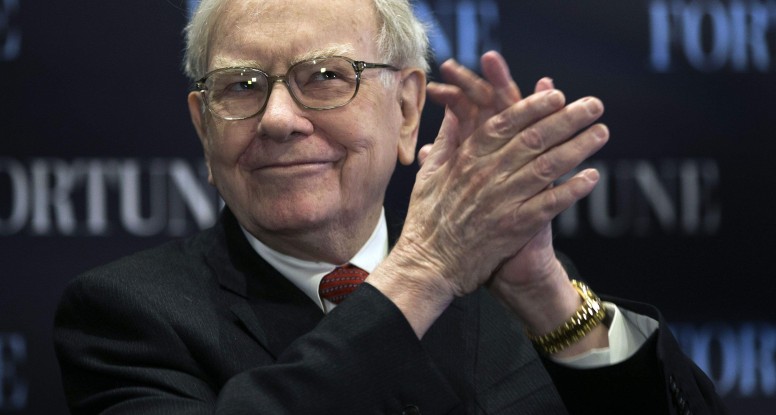 Can you make 50% annual returns? Warren Buffett can. Here's how.

Warren Buffett has become a sort of god-like figure in the value investment community. It's pretty obvious as to why - during his tenure as head and chief investor at Berkshire Hathaway he's achieved some outstanding investment returns. While a lot of value investors are trying to emulate the investment style he's using today, many don't understand that his style has shifted away from a far more profitable investment strategy he used when he was much younger.

At least Warren Buffett himself thinks so. A number of years ago Warren Buffett commented that if he were running his partnership today he would be able to achieve much higher returns - in 50% per year range. Talking to a group of students in 2005, Warren Buffett responded to a question asking whether he still thought this was the case. He said,

Yes, I would still say the same thing today. In fact, we are still earning those types of returns on some of our smaller investments. The best decade was the 1950s; I was earning 50% plus returns with small amounts of capital. I could do the same thing today with smaller amounts. It would perhaps even be easier to make that much money in today’s environment because information is easier to access.

One Hell of a Net Net

In the early 1950s Warren Buffett wrote a little known article for a newspaper called, "The Security I Like The Best." In it, he described a brilliant investment opportunity --- an insurance holding firm called Western Insurance Securities Company. While Buffett talks a lot about the earnings and growth of this investment pay special attention to the net current asset values as compared to the price of the investment. This company is trading for a fraction of its net current asset value, earning a tremendous amount of money, and growing rapidly! Talk about NCAV investing at its best! Here's the Warren Buffett article transcribed in its entirety:

Again my favorite security is the equity stock of a young, rapidly growing and ably managed insurance company. Although Government Employees Insurance Co., my selection of 15 months ago, has had a price rise of more than 100%, it still appears very attractive as a vehicle for long-term capital growth.

Rarely is an investor offered the opportunity to participate in the growth of two excellently managed and expanding insurance companies on the grossly undervalued basis which appears possible in the case of the Western Insurance Securities Company. The two operating subsidiaries, Western Casualty & Surety and Western Fire, wrote a premium volume of $26,009,929 in 1952 on consolidated admitted assets of S29,590,142. Now licensed in 38 states, their impressive growth record, both absolutely and relative to the industry, is summarized in Table I below. [Net Net Hunter Note: no table. Sorry.]

Western Insurance Securities owns 92% of Western Casualty and Surety, which in turn owns 99.95% of Western Fire Insurance. Other assets of Western Insurance Securities are minor, consisting of approximately $180,000 in net quick assets. The capitalization consists of 7,000 shares of $100 par 6% preferred, callable at $125; 35,000 shares of Class A preferred, callable at $60, which is entitled to a $2.50 regular dividend and participates further up to a maximum total of $4 per share; and 50,000 shares of common stock. The arrears on the Class A presently amount to $36.75.

The management headed by Ray DuBoc is of the highest grade. Mr. DuBoc has ably steered the company since its inception in 1924 and has a reputation in the insurance industry of being a man of outstanding integrity and ability. The second tier of executives is also of top caliber. During the formative years of the company, senior charges were out of line with the earning power of the enterprise. The reader can clearly perceive why the same senior charges that caused such great difficulty when premium volume ranged about the $3,000,000 mark would cause little trouble upon the attainment of premium volume in excess of $26,000,000.

Adjusting for only 25% of the increase in the unearned premium reserve, earnings of $1,367,063 in 1952, a very depressed year for auto insurers, were sufficient to cover total senior charges of $129,500 more than 10 times over, leaving earnings of $24.74 on each share of common stock.

It is quite evident that the common stock has finally arrived, although investors do not appear to realize it since the stock is quoted at less than twice earnings and at a discount of approximately 55% from the December 31, 1952 book value of $86.26 per share. Table II indicates the postwar record of earnings and dramatically illustrates the benefits being realized by the common stock because of the expanded earnings base. The book value is calculated with allowance for a 25% equity in the unearned premium reserve and is after allowance for call price plus arrears on the preferred.

Since Western has achieved such an excellent record in increasing its industry share of premium volume, the reader may well wonder whether standards have been compromised. This is definitely not the case. During the past ten years Western’s operating ratios have proved quite superior to the average multiple line company.The combined loss and expense ratios for the two Western companies as reported by the Alfred M. Best Co. on a case basis are compared in Table III with similar ratios for all stock fire and casualty companies.

The careful reader will not overlook the possibility that Western’s superior performance has been due to a concentration of writings in unusually profitable lines. Actually the reverse is true. Although represented in all major lines, Western is still primarily an automobile insurer with 60% of its volume derived from auto lines. Since automobile underwriting has proven generally unsatisfactory in the postwar period, and particularly so in the last three years, Western’s experience was even more favorable relative to the industry than the tabular comparison would indicate.

Western has always maintained ample loss reserves on unsettled claims. Underwriting results in the postwar period have shown Western to be over-reserved at the end of each year. Triennial examinations conducted by the insurance commissioners have confirmed these findings.

The casualty insurance industry during the past several years has suffered staggering losses on automobile insurance lines. This trend was sharply reversed during late 1952. Substantial rate increases in 1951 and 1952 are being brought to bear on underwriting results with increasing force as policies are renewed at much higher premiums.

Earnings within the casualty industry are expected to be on a very satisfactory basis in 1953 and 1954.

Western, while operating very profitably during the entire trying period, may be expected to report increased earnings as a result of expanding premium volume, increased assets, and the higher rate structure. An earned premium volume of $30,000,000 may be conservatively expected by 1954. Normal earning power on this volume should average about $30.00 per share, with investment income contributing approximately $8.40 per share after deducting all senior charges from investment income.

The patient investor in Western Insurance common can be reasonably assured of a tangible acknowledgement of his enormously strengthened equity position. It is well to bear in mind that the operating companies have expanded premium volume some 550% in the last 12 years. This has required an increase in surplus of 350% and consequently restricted the payment of dividends. Recent dividend increases by Western Casualty should pave the way for more prompt payment on arrearages. Any leveling off of premium volume will permit more liberal dividends while a continuation of the past rate of increase, which in my opinion is very unlikely, would of course make for much greater earnings.

Operating in a stable industry with an excellent record of growth and profitability, I believe Western Insurance common to be an outstanding vehicle for substantial capital appreciation at its present price of about 40. The stock is traded over-the-counter.

Three Things You Should Take Away From Warren Buffett's Article

Three immediate takeaways from this immediately hit home. For one, investors can find tremendous opportunities in the net net stock universe. Here, Western Insurance Securities Company was trading for well below net current asset value, was profitable, and was growing rapidly.

While stocks like this are incredibly hard to find just recently I was able to invest in a stock with solid management that was well on the way to returning their company to profitability. Trans World Entertainment could have made for a tidy 700% return in 3 years if an investor had invested at its low point.

The second takeaway is just how much a solid margin of safety in terms of financial ratios matter. Western Insurance Securities Company could cover its senior charges 10x over! Buffett's emphasis on balance sheet quality really says something about what he values when looking at small and incredibly cheap stocks.

Third, Warren Buffett's returns were definitely the highest when he was using his classic Benjamin Graham investment strategies at the beginning of his career. If you want to see massive gains in your portfolio, you should really do what Warren Buffett did early in his career.

Finally, finding companies like this can take a tremendous amount of work. Often if someone lets the word out on the internet the news spreads with lightning speed and the price is rapidly bid up preventing the vast majority of investors from investing in the stock. That leaves digging through a mountain of data in order to find great net net stocks. Fortunately, there's another way. Net Net Hunter pans through over 10 000 stocks to bring you more than 300 net net stock opportunities. We also have a small select group of net net investors to help you find the absolute best NCAV investment opportunities. Secure your financial future by becoming a member right now!

If you're not ready to become a paid member, try out our free net net stock newsletter. You'll receive net net stock suggestions straight to your inbox with absolutely no obligations on your part. We keep your email 100% confidential and you can cancel at any time. Sign up below!