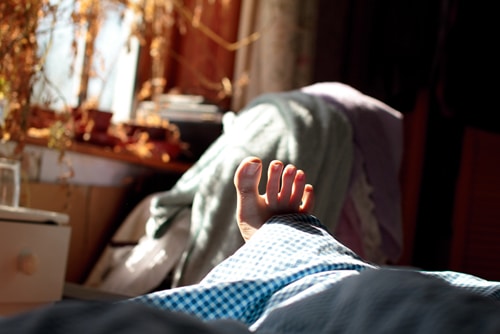 Am I the only value investor who thinks that going to Warren Buffett's 2019 annual shareholder meeting is a waste of time?

Possibly, but I guess that would make me the contrarian's contrarian -- a position I'm more than happy to fill.

Well, it's not because of so many value investors being sucked into the Warren Buffett trap; or the fact that Buffett achieved his best returns in the beginning of his investing career using a completely different investment strategy. More on that next.

You see, I've been a fan of Warren Buffett for quite a while now. I've also been intrigued by the spectacle that Warren Buffett calls the Woodstock of Capitalism but I just don't think it's worth attending.

Why is it that I'll likely never attend the event?

....because Warren Buffett does not help small investors earn the best returns possible.

Buffett is a gifted investor who gives advice generously. Unfortunately, that advice is not intended to help the small investor -- the guy (or girl) in his den investing for retirement. Buffett's advice is aimed at large investors will millions of dollars under management. It's not the sort of advice that helped Buffett earn his best returns in the 1950s and 1960s.

How exactly did he do it? He spells that out for investors in his 2014 shareholder letter:

"My cigar-butt strategy worked very well while I was managing small sums. Indeed, the many dozens of free puffs I obtained in the 1950s made that decade by far the best of my life for both relative and absolute investment performance."

We've dissected his early writings to see exactly how he selected his cigar butt stocks (ie. net net stocks), and built a powerful net net scorecard based on what we learned. Download it for free... Click Here.

...because Warren Buffett has already drowned me in resources.

Really, I already have so much to learn. Warren Buffett has written shareholder letters for roughly 50 years and there are so many Warren Buffett interviews and books that I'm positive I could learn a lot by focusing on that material. There's undoubtedly a lot of wisdom that's already out there which I've overlooked or haven't applied. Why collect more if I'm already not making full use of what's available?

...because books & articles are better teachers.

You can only get so much out of a question and answer session, even with someone like Buffett. By focusing on articles, books, or dissecting his past decisions I can gain far more insight into the areas that I'm keen to examine. If I want to learn about his strategy, for example, it would be far better for me to pick up a book that talks exclusively about it... and in great detail... than it would be to listen to a few comments he makes during a live interview.

...because I want a motorcycle.

How much does a ticket cost to the Warren Buffett show? At minimum, the cost of a Class B share. But then there's the flight cost to get out to Omaha, unless you want to walk, the hotel bills which have been grossly inflated during the shareholder meeting, and other expenses that are associated with travel. When all is said and done, visiting Omaha for Warren Buffett's event isn't cheap and there's a lot of other things that I would much rather spend money on.

After the split, Berkshire Hathaway's Class B shares were going for $205 USD at the time of writing this. Add in the cost of a flight (up to $2500 depending on where you're flying in from) and the cost of a hotel room for a few nights (maybe another $2000) and you end up with $4625 that you could spend so many other ways. Skip two annual meetings and you have enough for a brand new motorcycle. You could buy a completely new wardrobe for the cost of even half one of Warren Buffett's shareholder meetings, or fix that leaky roof you've neglected for the past 4 years.

...because the opportunity cost will leave me poor.

Here's another thing you could spend your money on: stocks.

The cost of going to one of Warren Buffett's shareholder meetings is staggering when you consider the opportunity cost. Suppose it costs you $2,500 to attend. That $2,500 compounded at 15% per year would become $10,113 after ten years. If you're using one of Warren Buffett's earlier investment strategies, however, you'd inevitably compound your money at a far higher rate. If you're investing in net net stocks, like Warren Buffett used to when he was at his prime, then your trip out to Omaha would cost you nearly $35,000 USD in 10 years. Is it worth it?

...because Omaha is boring.

Of all the places you could possibly visit, can you think of a more mind-numbingly average place than Omaha? I can't, which makes it hard to understand why anybody would want to go there.

If I'm going to spend any time traveling it's going to be to somewhere a hellova lot more enticing than Omaha. Think about it -- you could just as well go to New York city, Yellowstone, or Mexico. You could take in Carnival in Brazil or eat sushi in Japan. The south of France is spectacular and so is Munich. By comparison, why would anybody want to go to Omaha?

...because I don't need any more sleep.

The obvious answer to the last question is because you get to visit the Oracle himself, not to mention other top investors. But, you won't get significant 1 on 1 time with any of them -- not in a way that would help your investing by leaps and bounds. And, unless you're one of those people who get weak in the knees at the thought of meeting a celebrity...  there's nothing really exciting about Warren Buffett, Charles Munger, or Bill Gates.

If you go to Omaha to visit Warren Buffett on Shareholder Weekend, you will learn something. Nuggets of wisdom are being handed out as quickly as Warren Buffet can speak -- but I would learn far more valuable things from the comfort of my La-Z-boy in my living room.

Nobody is perfect, my self especially, and there are a lot of areas I would like to improve. When it comes to growth as an investor, I'm a firm believer that you should tackle your weak spots, your bottlenecks, first. Tackling those spots unlocks your own potential as an investor... and the best way to address those weaknesses is with focused study.

What should you study?

What you're deficient in.

What resources should you use?

Nothing says you can't take one of Warren Buffett's book recommendations.

Going to Omaha, however, would be a distraction. Sure you'll learn some interesting things but you won't grow as much as you would with dedicated study.

...because I can always rely on the media circus.

Like I said, a lot of value will be offered up at the event. Warren Buffett is an ocean of knowledge. The nice thing is, however, that so many people cover the event already that if Warren Buffett says something of substance, something worth quoting, then someone will quote it and you'll be able to read that quote minutes later.

I recently came across an article that was actually covering the Berkshire Hathaway meeting in real time, as it happened. Not satisfied with articles? You can find YouTube videos of his more important diatribes over the years.

The point is that you can get a lot of the value offered up at Warren Buffett's shareholder meeting whether you go or not.

Money is important but relationships are even more important. I could spend my time in Omaha mingling with people who likely won't make much of an impact to my own psychological/emotional/spiritual well being but I'd rather live a more fulfilling life. That means spending time with the people I'm close to, the relationships I've neglected this past year while I was busy creating this website.

Those relationships are much more valuable than the marginal extra returns I could possibly collect by attending one of Warren Buffett's annual shareholder meetings. I have a strategy that returns 20-35% on average per year already. What's an extra % a year compared to the relationship I have with my best friend?

Stay at Home, Up Your Returns, Earn More Money, Improve Your Life

So, as you can see, going to the Warren Buffett Annual meeting seems like a bit of a waste.

I've learned a lot from Warren Buffett over the years -- the most significant lessons from studying his early career. I still have a lot of respect for the man, but that doesn't mean I'll be making the trip to Omaha any time soon.

No, Sir. That's not for me. I'll stay home and improve my competence as an investor, plow more money into stocks, reconnect with the girlfriend who hasn't seen me in months, and possibly even buy that motorcycle I've been itching for, instead.