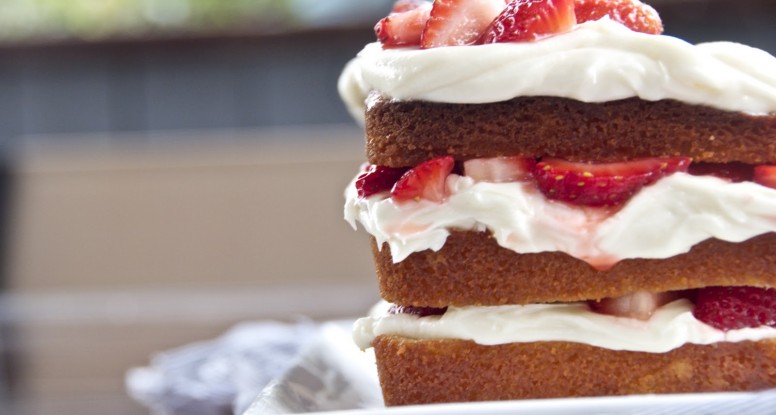 Benjamin Graham's analysis is seen largely as a quantitative blueprint -- a guy so focused on the figures that he didn't even consider the future prospects of a company.

Is his reputation justified? Certainly Graham's teachings have had a powerful impact in the world of net-net investing -- but should you be doing things differently?

In Graham's 1951 edition of Security Analysis, Graham lays out a 3 part framework he suggests that investors follow when assessing the investment merits of a company. This is a sharp departure from the "check the safety, assess the value, buy below it" approach that a lot of classic value investors seem stuck on.

This three stage Benjamin Graham model mirrors my own net-net investment analysis framework so I obviously recommend it.

How can you do a proper analysis if you don't lay it bare for all to see?

Ben Graham started his analytical model by suggesting that you first lay out the basic facts of the company:

The proper depth of detail that you need to drill down to when presenting the basic facts is determined by the type of stock analysis you're doing.

You won't need a detailed account of the assets if you intend to base your buy decision on the company's earnings -- though some analysis of assets will still be important. You will, however, want to list the business's current revenue streams or areas of operation, along with the associated assets, for example.

When looking at what a firm can potentially earn in the future, I tend to look at an earnings-driver, some significant stable asset that enables a firm to earn a certain amount of money, so listing the number of stores a retailer has, for example, is important.

The number of stores, plus the square footage and other owned assets are important basic facts when investing based on the equity value of a business.

When it comes to net-net investing, long term assets are ignored in favour of focusing on current assets. In this case, the main business operations of the company would still need to be presented, but a thorough assessment of the firm's current assets and liabilities would come later.

Any reasonable valuation starts with the stated figures of the company -- the net value of the company's assets and the business's true earnings.

While financial reporting has improved a lot since Benjamin Graham penned his first addition of security analysis in the 1930s, investors have to make sure they are using numbers which accurately reflect the true standing of the company.

As Benjamin Graham writes on page 84 of his 1951 edition of Security Analysis, "There is an underlying continuity in business affairs that make the financial record the logical point of departure for any future projection."

This means that a proper Ben Graham analysis has to start with the existing numbers and the company's past financial record.

But margin of safety did not stop at comparing an investment's market price to its underlying value. Graham believed in using multiple margins of safety in order to protect his principle.

A firm's liquidity is important to keep the firm from defaulting on payments and triggering penalties. These ratios constitute measures of margin of safety, as they measure how much the firm's current situation can deviate before it runs into trouble.

Interest Coverage. Chief among these ratios is a firm's interest coverage. For firms that took on debt, Graham wanted to see ample earnings before interest and taxes (EBIT) to cover any interest charges the company faced. The larger the margin of safety during difficult times, the less the chance that the business would default on its payments and face penalties.

Current Ratio. Another key measure is a firm's current ratio, effectively the amount of current assets divided by current liabilities. One popular variant is the quick ratio which only includes the more liquid current assets such as cash, short term investments, and receivables.

Liquidity ratios are important because a company may have significant fixed assets to cover all liabilities, but not enough cash on hand. This creates problems for the company as it either has to borrow more, sell off assets to pay its bills if possible, or slip into default.

Solvency ratios measure a firm's ability to pay off its total liabilities. Firms that can't through cash, asset sales, or with the promise of immediate profits, are effectively bankrupt. They owe more than they own, and there's little chance creditors will get their money back.

One way Graham analyzed solvency was to measure the value of the firm's assets relative to its liabilities. Graham wanted to see that a company owned twice what it owed -- a very simple ratio.

Graham-Styled Valuation Assessment is Not an Exact Science

The financial viability of a company aside, don't get too carried away assessing the numbers. Investing is not an exact science so don't be mislead into believing that if you put together a more detailed understanding of the financial statements it will lead to investment profit. There is such thing as "good enough."

As Aristotle said more than 2000 years earlier, "It is the mark of an educated mind to rest satisfied with the degree of precision which the nature of the subject admits and not to seek exactness where only an approximation is possible." When it comes to investing, accounting is important but it isn't everything.

When assessing a Benjamin Graham styled net-net stock, for example, I always try to get a true sense of the firm's actual liabilities. A lot of the time the company will have off balance sheet liabilities that you can find in the footnotes of the quarterly or annual reports.

Unfunded pensions, for example, are typically not included on balance sheets but are still significant liabilities. Failing to take into account pensions, and the like, can derail your valuation assessment.

On the assets side, if the business has marketable securities, these may actually be worth a lot more money than stated on the balance sheet. For example, if the company in question owns shares in another undervalued business then it would make sense to do a fair value analysis of that business as well to understand how much the securities might actually be worth. This is similar to "Warren Buffett's look-through earnings."

In the 1951 edition of Security Analysis, Ben Graham spends a lot of time talking about recurring and nonrecurring income or expenses. While accounting grows and evolves, the general principle is that you shouldn't take a single year's earnings too seriously -- and that's especially true when it comes to irregular items.

Smart Benjamin Graham analysis requires ignoring one-time charges or gains for any given single year because they don't typically reflect the operating performance of the company for that year. You should be taking those charges into account when looking at the company's average earnings over a 5-10 year stretch, however, because those one time charges are likely very applicable to the business operations over that timespan.

In Ben Graham's analysis, he would actually spread those special charges expensed in a single year over a number of reporting periods, stretching 5 to 10 years back. This sort of treatment made Graham's analysis more representative of what the firm was capable of earning on average over time.

Likewise, Warren Buffett liked to discount the current assets of net-net stocks when he was running his investment partnership in the 1960s. I like to use the raw figures, since most papers that have studied net-nets have taken the raw figures into account, only.

You may want to follow Warren Buffett's lead in discounting the net current assets of the company but I haven't found that it makes much of a difference.

According to Warren Buffett, net net stocks that had the right qualitative stuff was what really made the cash register sing. I couldn't agree more.

Benjamin Graham's analysis, on the other hand, regarded the future as something to be protected against.

How can you consolidate these two seemingly opposite points of view?

Simple -- find securities that meet both a quantitative and a qualitative test for quality.

A lot of classic value investors look at Graham as being the archetypal quantitative investor but he really developed this standing towards the end of his life, and this ignores the importance he gave to qualitative factors in his earlier writings. For example, his 1951 edition of Security Analysis:

"...a satisfactory statistical exhibition is a necessary though by no means a sufficient condition for a favourable decision by the analyst." - Benjamin Graham, Security Analysis (1951 ed.), Page 76

That satisfactory statistical record has to be combined with a decent qualitative picture in order for you to make a decent investment decision.

Sometimes that means that you'll reject a stock because of unfavourable qualitative facts. Insiders dumping stock as urgently as TEPCO engineers dumping water onto the Daiichi reactors, for instance, would be a strong red flag in what might otherwise seem like a great company.

Benjamin Graham warns investors not to look too seriously at the company's trend in earnings because, while mathematical, it's really psychological and quite arbitrary. Nobody can judge how far the trend will continue but investors often try, leading to vastly over or undervalued stocks.

While the trend may not be a sound basis for valuation, the company's past track-record should be used as a rough guide to the firm's future. Benjamin Graham suggests that you place a lot of value on a stable past record when evaluating the earnings record since business stability suggests an ability to withstand external events to a greater degree, and this allows you to more easily assess what the firm could possibly earn going forward.

For my own analysis, I like to look at the actions of insiders: insider ownership, insider buys, and share buybacks are all terrific signs that you can look for when assessing a company. Insider buys and share buybacks, specifically, are a great indication that management sees current business problems as transient and aim to take advantage of currently depressed prices.

More inline with Ben Graham's own analysis, I also favour firms with very strong catalysts on the horizon. This could be the coming launch of a number of new and promising products, management shopping the company around for a buyer, or eliminating a loss-making division.

Working through Benjamin Graham's 3 key stages of analysis means forcing yourself to progress through a more thorough analysis than you might otherwise do. You'll also be sure to examine both the quantitative and qualitative aspects of an investment, leading to a stronger case for investment.

This is the investment sub-strategy that I've opted for when investing in my own NCAV stocks and so far it's worked out very well.

Get high quality Ben Graham-styled net net stock picks sent straight to your inbox each month. Enter your email in the box below.