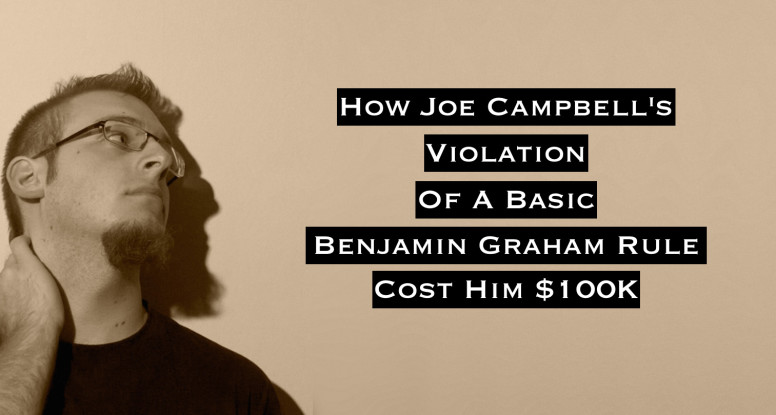 The siren call of quick riches claims innumerable shipwrecks day in and day out.

The lure of get-rich-quick schemes is very powerful, and in recent years it has been exacerbated by the convenience of lightning-fast Internet platforms in which any imaginable financial product can be traded instantly from the ubiquitous smart phone.

Its most notorious victim as of late: Millennial day-trader Joe Campbell. Based on a whim, he decided to sell 8,400 shares of KaloBios Pharmaceuticals (KBIO) short. Mr. Campbell now owes discount broker E-Trade a shocking $106,000US due to a margin call after the stock rocketed up in price by over 800%. Astonishingly, Campbell's next move involved launching a GoFundMe campaign aimed at crowd funding the six-digit loss. The begging effort was surprisingly successful and exceeded its campaign goal of $5,000 in just a few days.

Social media savvy millennials such as Campbell have no qualms with the impulsive nature of sharing impromptu updates without even an afterthought. In the case of his staggering six-figure loss, this generational trait is reflected in his trading behavior. For value investors, such a strategy would be absolutely antithetical to the philosophy espoused by Benjamin Graham and David Dodd.

Net Net Hunter’s Evan Bleker put it this way: "Joe Campbell essentially took the opposite side of the trade that net net stock investors take. He sold short a deeply depressed company expecting it to drop further in price. That is incredibly dangerous because of the asymmetrical nature of deep value investing. With deep value stocks, negative news has a much smaller impact on returns than positive news does, and sometimes there are these extreme-return events."

Benjamin Graham writes at length on the topic of speculation in both of his seminal works, Security Analysis and The Intelligent Investor. In the two books, he deconstructs the dichotomy between speculation and investment both in terms of investment instruments and behaviors. In his view, speculation exists along a continuum ranging from unintelligent to intelligent speculation.

Further, he states that what actually matters is the fortitude of the buyer’s mind -- a basic Benjamin Graham rule. A speculator is primarily concerned with anticipating and profiting from market fluctuations. In turn, an investor is focused on the underlying business, valuing it, and buying with a margin of safety. Most importantly, an investor is not concerned with taking absurd risks to achieve unreasonable return goals. Graham's philosophy is all about intelligent effort, instead of guesswork.

Graham posits that, in fact, there is a speculative aspect to any investing because of the implicit future uncertainties that investing entails. Therefore, any investor is open to error and loss.

Regardless, Campbell’s speculation is clearly unintelligent. Unintelligent speculation is comprised of: 1) buying and selling when you lack the proper knowledge and skillset; 2) risking more money than you can afford to lose; 3) ignoring quantitative material; and 4) placing the emphasis on the expectation of the rewards from a successful speculation rather than a judicious assessment.

Evan Bleker captures this sentiment when he states that: "People who invest this way are almost certain to lose money over time; while people who buy into deeply depressed situations and diversify have a much better chance of great returns long term."

The superficial appeal of unintelligent speculation is irresistible to a vast subset of investors who fall helpless to the excitement and glossiness of headlines and the next big thing. Value stocks, in contrast, are just plain boring, derived in part from struggling, or sub-average firms.

Commentators have disparaged Joe Campbell’s trading behavior in very direct terms and with good reason. Suffice it to say that he is yet another bona fide castaway brought down by the seductive siren call of unintelligent speculation.