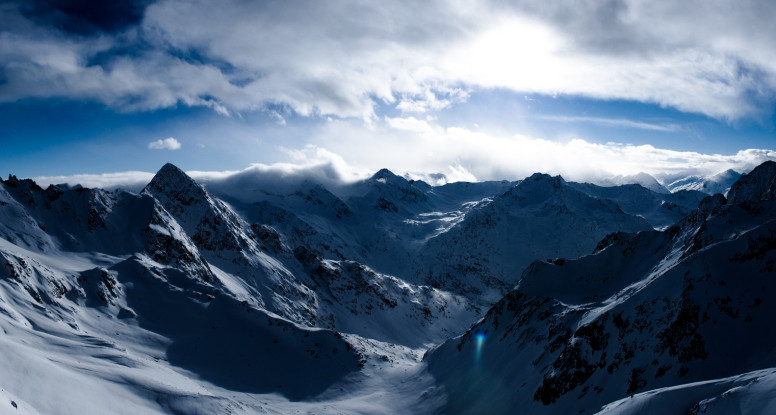 Benjamin Graham, Is Japan Where Money Goes to Die?

On October 13th, 1972, a large chartered turboprop Fairchild airplane took off from Mendoza, Argentina, carrying a Uruguayan rugby club. The plane etched its way along the tip of one of the largest chains of mountains in the world – the Andes – on the way to Santiago, Chile.

Somewhere between two massive rock faces the plane coughed then spit and began to point its nose down towards the snow. As the airplane picked up speed the pilots tried furiously to pull the craft out of its steep dive but to no avail.

The fuselage hit with fantastic force, killing 12 people instantly. The Andes would claim 17 more over the course of the next 72 days.

As the passengers sat huddled among the debris of the crash, a revelation finally came that after two months of waiting for help the search for the 16 remaining survivors had finally been called off. With winter now underway, two of the team’s players, Nando Parrado and Roberto Canessa, volunteered to make the treacherous 37 mile trek through the mountains to find help.

The pair spent ten days fighting through massive snowdrifts and paralyzing cold until they were eventually found by Chilean mountain man Sergio Catalan.

Uruguayan flight 571 has since come to be known as the Andes Flight Disaster. A smaller, more select group made up of the friends and family of the survivors, however, has taken to calling it the Miracle of the Andes.

I often wonder how Japanese investors would describe their experience over the last 25 years.

The Japanese stock market has been devastated over the last two and a half decades.

The crisis began in 1983 with a major asset bubble. Japanese stocks had just completed a 6 year stretch of rising prices and were about to see an unprecedented move skyward as the TSE ballooned from just below 10 000 yen to nearly 39 000 yen on December 29th, 1989.

Investors who were lucky enough to get into the market on that day must have felt ecstatic. Times were good and recent experience showed how the stock market could lift ordinary citizens from wage-slavery to financial freedom in only a couple of short years. It was a new economic paradigm.

But new economic paradigms seldom last – and paradigms backed by stock returns are even more fickle. Investors who were lucky enough to get into the market at the end of 1989 would have seen their investments drop, on average, by 82% by March of 2009, 20 years later.

A lifetime of devastating returns is a tragedy. Still, as experience and Benjamin Graham's brilliance have shown time and time again, every crisis brings with it solid opportunity.

Crisis allows you to take advantage of the jittery emotional makeup of other investors. As a group, investors have no stomach for crisis so rush from any company that runs into a large business problem. As a consequence, the price gets crushed.

When picking individual stocks, often the firms that have faced major problems prove to be among the best investments going forward – net net stocks are a perfect example of this. Companies that qualify as net net stock investments are often companies that have suffered a devastating drop in market value due to a large business problem. Investors are so pessimistic about the company that they sell the company’s shares down to a small fraction of what they’re worth – below a highly conservative assessment of their liquidation value.

The same is true of markets generally and here is the key point of this article: As markets get crushed due to economic problems, it brings opportunity for shrewd investors. Often, this opportunity comes in the form of lower prices for stocks generally, relative to some value metric. Some firms become undervalued to an even larger extent. Whether purchasing index funds or specific stocks that show extreme promise – significantly depressed markets can provide solid opportunity for large profits.

Japanese value investors might very well describe their own experience as the Tokyo Miracle. Over the past 25 years, while the Japanese were suffering a stagnating economy and sinking stock market, Japanese value stocks racked up large returns.

In June 2013, HKUST Business School’s Value Partners Center for Investing, part of the Hong Kong University of Science and Technology, conducted a study of how 5 different investment strategies would have performed in Japan from 1975 to 2011. The group looked at both the average monthly returns and the growth of one dollar invested in Japanese value stocks, 5 classic Ben Graham strategies all together. They tested high earnings-to-price, high book-to-market, high dividend yield, and high cash flow to price. (Note that academic studies often use the reciprocal of commonly quoted value metrics.)

Let’s look at the returns:

Results from 1975 to 2011 were very impressive with the cheapest equal weighted earnings-to-price stocks taking top spot with a 1.37% return month over month.

While the stock market sank 62% during this period, Japanese value stocks dominated. All but the book-to-price portfolios actually showed higher returns than what was achieved in the 1975 to 2011 period. Again, earnings-to-price took top spot, with the equal weighted portfolio achieving 1.51% monthly returns on average.

Value Partners Center for Investing also looked at what would happen if $1 were invested in each strategy from 1980 to 2011. As you can see below, given that the market ended the period flat, the returns to Japanese value stocks were phenomenal:

There are a couple things I should take a moment to note about the study. The first is that these returns of these Japanese value stocks were achieved in no-cost portfolios. The group didn’t include trading fees as part of their study and assumed all stocks could be purchased at their quoted prices. No-cost portfolios don't exist in the real world but the study still does a good job of showing readers that value portfolios can still outperform in what was one of the most troubled global markets over the last 25 years.

Another drawback of the study is that it does not include Benjamin Graham’s favourite investment strategy, net net stocks. I can’t blame the authors for this – I doubt very much that a net net stock portfolio could have been put together from the mid-80s to the mid-90s. Net net stocks are rare in those kind of overheated markets.

Historically, net net stocks have outperformed all of Benjamin Graham’s other investment strategies. If the researchers had included net net stocks for the periods in which they could be found then I’m sure the returns of those portfolios would have been even better. Want to see how Japanese net nets have done despite the horrendous bear market? Click here.

Which brings us to today. The Japanese stock market has cooled off considerably over the last 25 years. Prices for stocks in general are very cheap. The average stock on the Tokyo Stock Exchange, for example, trades at a price roughly equal to its book value. To put that into perspective, the average S&P 500 stock currently trades for just under 3x book value.

The combination of the depressed price level of Japanese stocks and the fact that the Japanese stock market is one of the largest in the world means that there are a large number of net net stocks to pick from in Japan, not just a mountain of Japanese value stocks. That’s why Net Net Hunter will be focusing its effort on combing through the Japanese market to help bring you the best possible net net stock opportunities.