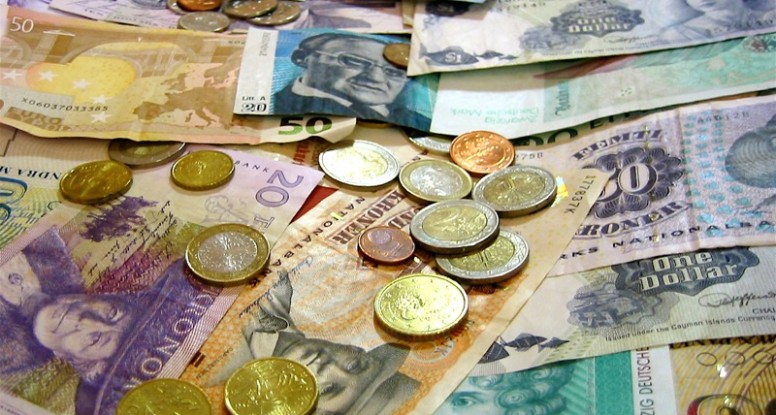 I believe in having an international focus when looking at net net stocks. I won’t turn down a high quality, value stock in the USA, but to find the most profitable net net stocks, you can’t discount markets like the UK, Japan, Canada, and Australia.

Concerns that arise from an international philosophy are from those who worry about currency risk. In fact, I received a reply from Twitter about this just the other day:

It’s true, currency risk should be considered like all investment risks, but as the 3000 value investors who have signed up for free net net stock picks already know, there are five, specific reasons why it shouldn’t be a deciding factor when putting together a quality net net stock portfolio.

No One Can Predict Currency Movements

For example, in 1983, two economists, Richard Meese and Kenneth Rogoff, found that short-term forecasts of macroeconomic exchange rate models are little better than forecasts of random walk models. Think about that for a second. You could be just as accurate predicting currency movements by flipping a coin as you could by closely studying fundamentals between countries.

Still, if you’re concerned about currency fluctuations, there likely isn’t a better time than now to invest in currencies beyond the dollar. The US dollar hit its highest level against the euro last month in more than a dozen years. The dollars movement against the yen, as the tweet addressed, began at the end of 2013.

If you are a true value investor, it’s easy to see that the dollar is in its high range. True, it may not have reached its highest point yet, but it’s close. Now, consider that the United States has a lot you should be concerned about on the horizon. There is increased likelihood of internal conflicts in the near term, especially as we head into a volatile election season. Add to that an ever increasing national debt and risky oil reserves, and it’s easy to conclude that the dollar has seen its day in the sun.

Of course, no one can predict short run currency movement, but the long run doesn’t look good. Why then, would you be concerned about international investing. If anything, you should be worried about having all your eggs in the US dollar basket.

While we’re on the subject of the rising value of the dollar, we should discuss the importance of diversification in general. Benjamin Graham, the greatest value investor of all time, was a staunch advocate for diversification. He believed the best way to assemble a portfolio was to think like an insurance actuary: allocate a relatively equal amount of capital to a large group of stocks with characteristics that, over time, tend to lead to superior investments results. Some stocks might “die”, but in aggregate, the insurance bet pays off. Most stocks “live” and continue to pay premiums.

So, if you follow the teachings of Graham, then it makes sense to not only diversify your basket of stocks, but also your basic of currencies. As the dollar has risen to its current levels, consider the case of the WisdomTree Europe Hedged Equity fund. It's an ETF that invests in more than 100 European stocks, but it also invests in futures contracts to limit the effect of shifting currency values. Investors worried about the high price of the dollar plunged $5 billion into this fund alone last month. The smart money right now is on international currency exposure as a hedge against the dollar.

Currency Movements Will Balance Out Over Time

The most important attribute of a smart value investor is patience. Currency movements, like everything else in the market, will balance out over time. There will be high points and low points, but those peaks and valleys won’t matter as long as you have a long term approach to value investing.

In The Intelligent Investor, Graham offered these words of advice:

“Though business conditions may change, corporations and securities may change, and financial institutions and regulations may change, human nature remains the same. Thus the important and difficult part of sound investment, which hinges upon the investor's own temperament and attitude, is not much affected by the passing years.”

Sure, the Yen has depreciated against the dollar 40 percent since 2013, but that’s a scope of less than two years. Remember, a smart value investor buys net net stocks at a discount and gives them time to reach NCAV. In another two years, the yen might rebound another 40 percent. And so on. As long as you take a long term approach to investing, currency movements will balance out and you’ll be left with profits from your basket of a high quality net net stock portfolio.

Stocks Adjust to Compensate for a Currency Crisis

Not that Currency drops necessarily mean big problems for your net net stocks. And this is a critical point to understand. David Dreman, in his Fantastic series of books broadly titled, "Contrarian Investment Strategies," cites a number of studies where major currency devaluations lead to major stock market gains for countries such as Mexico and Argentina. Rather than suffer huge losses, stock markets in countries such as these actually increased in price to compensate for the currency erosion.

And, unless you have an overwhelmingly good argument, does it really make sense to expect the same won't happen in the future?

It's silly not to invest in international net net stocks because of currency movements. The truth is that the dramatic shift in the yen to a low point against the dollar, if anything, should be a buying signal. Smart investing depends on rebalancing and diversification. That means diversity not just in different sectors, but in different currencies as well.