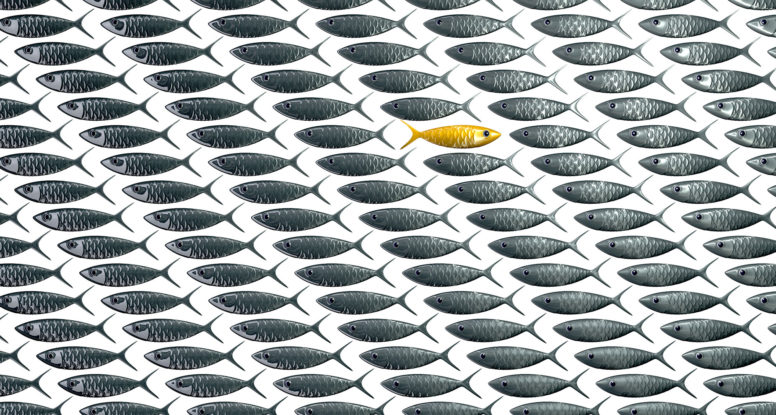 This is a guest post by Net Net Hunter member Jim Moore on how he picks his net net stocks. Jim operates a limited partnership out of New York and has been a guest speaker on net net investing at NYU's Stern School of Business, and the New York Society of Security Analysts. His research has been published in Bloomberg, Barron's, Fortune, CNNMoney, and MarketWatch. He’s been investing for 18 years, and has been a deep value investor for 8 years. For nearly a decade prior to running his partnership, he was an equities analyst on Wall Street covering software and tech stocks. Jim now helps new CFA candidates qualify for the designation through his company Professional Exam Tutoring.

If I told you that I wanted to sell you my slightly used iPhone 7, which was still in very good condition, for $30 (USD), you wouldn’t hesitate to take it off my hands. Without much additional information, as long as it turned on and appeared physically intact, you could resell it for multiples of what you paid.

Now, imagine I offer to sell you that same iPhone for $400 – a closer approximation of the price in the secondary market. The higher price may be a signal (accurately or not) about the phone’s quality, but does not guarantee it. You also need a more rigorous analysis of the phone to determine whether or not the $400 price tag is justified.

Most of the time, and in most markets, prices orbit around some reasonable approximation of intrinsic value given prevailing conditions. For example, if $400 is a reasonable price for a used iPhone 7, then finding some priced at $410 or $390 wouldn’t be too surprising.

However, for the patient buyer, infrequent “outliers” often defy this gravitational pull. Rare buying opportunities at rock bottom prices, such as the $30 scenario given above, occur in both consumer and financial markets, and ultimately set the stage for net net stock investing.

My Preference for Value and Net Net Stocks

I have always preferred transactions similar to the first scenario. I am more comfortable underpaying and later finding out that the quality is lower than first expected, as opposed to overpaying and finding out the same. When it comes to investing, my view is that this concept is not only good practice, but can help insulate you from miscalculations and unforeseen events.

In 2009, my predisposition toward bargain shopping was reinforced when I discovered The Intelligent Investor by Benjamin Graham. I was immediately taken by the notion that buying a basket of extremely undervalued securities can produce attractive returns.

Unfortunately, I didn’t appreciate Mr. Graham at the time (*palm to forehead*), so I was curious but skeptical that such undervalued securities existed and gave no deferential treatment to his ideas. Further, the commentary I could find on net net stocks suggested that they were a relic of the past.

A short time later, I made two lucky discoveries that marked a major turning point in my investing career.

First, I stumbled upon a handful of net net stocks on a 52-week lows list. In disbelief, I immediately started tracking them. Sure enough, with no discrimination beyond trading at a discount to their net current asset value (NCAV), they performed well.

I was hooked. I spent the next few years obsessively learning everything I could about net net stocks, and eventually opened the small limited partnership that I run today.

My second discovery amounted to continuing education. While trying to sharpen my philosophical thinking abilities, I discovered First Principles – reasoning from basic truths.

My discovery proved crucial in distinguishing fundamental truths from speculation and shifting from a speculator who thought he was an investor, to an investor who could identify speculation. I am now much more aware of my limits and what is knowable vs. unknowable.

What Does This Have to Do With Net Net Stocks?

Net net investing is about the closest you can get to a clear cut distinction between the knowable and unknowable when analyzing stocks. Assuming you can trust a company’s accounting, net net stocks provide a more concrete value assessment than other valuation methods, such as P/E, EV/EBITDA, P/B, DCF, etc., which rely on less cut and dry information.

Earnings are fleeting, fixed assets are illiquid (and can be hard to accurately analyze), and DCFs/intangibles often require subjective inputs. Investment decisions based off of any of these necessitates assumptions – many that can be hard to digest for the prudent investor. Focusing on the most liquid balance sheet items only, less total obligations (both on and off balance sheet), frees you from having to make bold assumptions. Net net stocks minimize the guesswork in your analysis.

How To Boost Your Odds When Buying Net Net Stocks

In investing, uncertainty is a certainty - net net stocks or not. There is no telling ahead of time how a stock will work out. This is just as true for Warren Buffett as it is for anyone else.

The best that you can do is stack the odds in your favour. Knowing how is what differentiates the Oracle of Omaha from most investors. Net net stocks greatly improve your odds, and Warren Buffett’s early recognition of this helped lay the foundation for his future career.

Within the net net world, however, you can increase your chances of success beyond simply buying cheap stocks. As Evan has repeated often (backed up by the advice of Graham, Buffett, Schloss, Munger, Cundill, etc.), quality matters.

A few characteristics of quality net net stocks include:

These characteristics are neither comprehensive nor complete, and “nice to haves” as opposed to “must haves.” It’s rare to find all of them in a single company, and none in isolation ensures that a stock will perform well. Remember, however, that the goal is to improve your likelihood of success, not seek out perfection.

Below is an example of one of my favourite net net stocks from 2016. Although it didn’t check all of the boxes laid out above, it was a compelling opportunity.

Tokyo Radiator - One Of My Favourite Net Net Stocks of 2016

Tokyo Radiator is a manufacturer of heat exchangers and fuel tanks for the automotive industry. It’s ~40% owned by Calsonic Kansei – a major parts maker for Nissan Motors - and is headquartered in Fujisawa, Japan.

I took notice of the stock in the spring of 2016 and estimated its intrinsic value at over 800 yen per share (for a total enterprise value of over 11.5 billion yen, or $104 million). The company’s sales had recently stagnated after years of growth, and profitability had been squeezed considerably. Despite strong demand overseas for trucks, flagging demand for domestic industrial and construction machinery led to a hiccup in Tokyo Radiator’s results. The stock subsequently came under significant pressure and traded as low as 370 yen per share.

Here we had a longstanding Japanese auto parts manufacturer for the second largest car manufacturer in Japan, with experienced management, a large entrenched owner, and a solid track record of generating healthy returns on equity, trading at a major discount relative to what I believed was already a prudent estimate of intrinsic value. The company was also on track for a profitable year for the seventh year in a row. Sellers were “shouting fire in a crowded theater” but there was no real sign of smoke.

After months without much price movement, news reports swirled that private equity firms from the U.S. (Bain Capital, KKR) and South Korea (MBK Partners) were considering buying Nissan’s stake in Calsonic Kansei. Nissan coincidentally owned around 40% of Calsonic and Calsonic owned 40% of Tokyo Radiator. The potential private equity bid for Calsonic, and this matryoshka doll-like ownership structure, increased the probability of unlocking Tokyo Radiator’s value, a boon for investors. In November, KKR made a formal tender offer and the stock gained about 70% in a 7 month period, outperforming U.S. markets which were up around 4% (including dividends) over the same period.

Skeptical? The Evidence For Net Net Stock Investing Is Right In Front Of You

For those skeptical of academia and back testing, study the successful practitioners. The track record of Buffett (in his early days), his contemporaries, and others that have applied the net net strategy (Peter Cundill, Francis Chou, Joel Greenblatt, etc.) have shown impressive results.

The strategy does not require a degree in astrophysics. Walter Schloss had little more than a high school education and heavily relied on the net net strategy to compile annual returns of approximately 20% per year for 40+ years.

Moreover, Buffett has said repeatedly (on multiple occasions) that you don’t need to be a genius in investing. Further, he’s mentioned that if he had to start over with a small sum of money, he would buy Graham’s net net stocks.

Given all of the above, why haven’t mainstream investors adopted the strategy en masse?

The primary roadblocks are usually psychological. Despite the obvious benefit of buying $1.00 for $0.50, greed, fear, and impatience trip up even the most informed investors.

Investing is more of an art than a science, and uncertainty can be unsettling. Concrete answers don’t exist, and there are no well-established formulas or physical laws to guide you. Despite the best efforts of business schools and global financial associations/institutions, there is little substitute for the experiential learning needed to be successful. Price movements often defy economic logic, and managing the emotions that frequently drive these movements presents its own challenges.

Nonetheless, I anticipate that the basic tenets of value investing will hold for as long as humans roam the earth. Whether I had a portfolio of 20 stocks, or 20 houses, or 20 used iPhones, I can expect a nice return as long as each holding was acquired for significantly less than its true value. Unreasonable purchases followed by reasonable sales can produce good results.

Enter your email below to start earning outstanding long term returns with net net stocks because you only have one life to live and invest. Don't miss out.