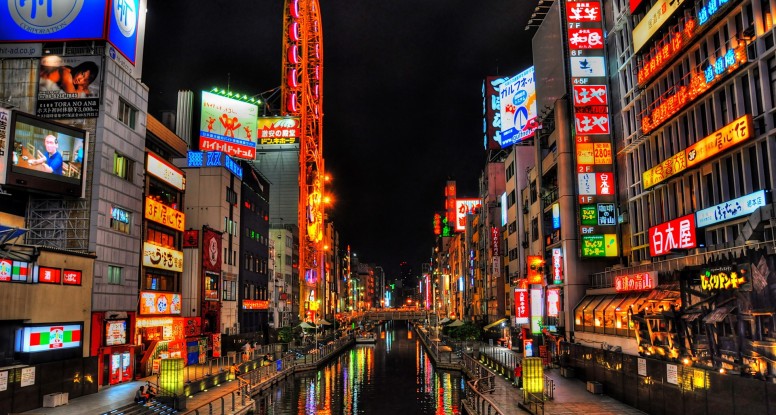 This Investing in Japan book review was written by Evan Bleker. Evan is a net net investor based in Asia. He's been completely obsessed with Graham's net net strategy since 2010, and has spent much of his time since learning how to employ the strategy to earn the highest returns possible. He now helps Net Net Hunter members navigate the strategy so they can achieve their retirement goals. For more information, click here.

Japan is one of those great mythological markets. Nearly 20 years of market stagnation, companies earning razor thin returns on assets, a ticking demographic time bomb, deflation, hyper inflation -- why would anybody want to invest there?

I recently read Investing in Japan by Steven Towns. Steven Towns is a sharp value investor actually living in Japan. Living in a foreign country for a long period of time is extremely valuable for understanding how that culture works -- I can assure you from experience. Towns has lived in Japan for over a decade and has been investing int he country long enough to make listening to his commentary worthwhile.

Towns brings that experience to readers in his recently published book, Investing in Japan. The Book combines his personal experience with empirical data and critique of concerns of investing in Japan to paint a clearer picture of the opportunity open to investors.

Investing In Japan -- a Failed State?

And that understanding hasn't been clear. For years western investors have dismissed Japan as a place where money goes to die. Looking at the country's statistics it's easy to dismiss Japan as itself near death, as facing a major financial catastrophe in the next few years.  Japan's stock market has been in decline since 1990 -- over 23 years! -- and the country has debt to GDP of 214% as of 2012. Add to that Japan's demographic picture -- soon Japan's elderly will exit the workforce, putting enormous strain on the country's healthcare system not to mention a sharp drop in productivity -- and you can see why so many investors cover their wallets when Japan is mentioned.

A lot of Towns' book is dedicated to addressing these concerns. Looking at the West's media coverage of Japan and the Japanese economy, Towns shows how investors have been presented with a slanted, half-baked, view of Japan. For example, while the media has often cited Japan's staggering debt, it usually ignores the fact that this debt is mostly domestically held, providing the country more options when it comes to dealing with debt issues. Likewise, even though Japan's market has seen over two lost decades, prices for profitable companies are stupidly cheap.

It's worth noting that an intelligent investor has always been contrary to popular opinion. Buying companies for less then they're worth has always been a great value investment strategy but doing so requires that value investors buy firms while they're unpopular or unloved. Markets are no different. While investing in undervalued individual securities is highly profitable, investors can also put money into markets when those markets are down, with similar results. Looking at Japan, it's definitely clear that the market is depressed and with the typical company trading below book value it's pretty clear that Japanese companies are undervalued as well.

Investing in these firms has worked out very well for investors even during Japan's two lost decades. A recent paper by Value Partner's Group shows how investing in companies trading at a low multiple of net profit, a high dividend yield, a low price in relation to a firm's equity, or at a low multiple to a firm's cash flow worked during this 20+ year period.

A Good Quality Survey of Japan

Getting back to the book, Towns provides investors interested in Japan a valuable resource for learning the ins and outs of investing in Japan. Most critically, he covers the different markets investors find in Japan, their significance, the habits of both Japanese investors and and foreign investors currently investing in Japan, as well the the oddity of corporate cross-ownership. At the end of the book Towns achieves in setting out what he aimed to do -- providing investors with a good argument for investing in Japan on a deep level.

Indeed, Japan is a significant opportunity for deep value investors, since the Japanese markets are relatively much cheaper. But westerners need to approach Japan with caution, preferably by employing a mechanical value strategy to get past the language and cultural barriers. Net net investors should use a sound investment checklist, such as our free Net Net Hunter Scorecard.

Investors who want to pick up this book should recognize it for what it is, however. Investing in Japan doesn't provide an in depth look at any one characteristics having to do with investing in Japan. It's a survey book, a book that looks at a wide range of issues and characteristics of interest to investors considering investment in Japan. While I definitely gained a lot of highly valuable information reading the book, I was a little disappointed that the book did not talk more about the cultural differences that come into play when investing in Japan. That's not an issue with the book, though -- I was just expecting a different book.

Another thing to keep in mind is that the book can be tough to get through -- it's a bit dry at parts. Of course, this shouldn't matter to hard-nosed, number-crunching value investors but it definitely makes the material tougher to digest. Towns' book is loaded with facts and figures, as well as a mountain of examples which Towns uses to highlight the points he makes.

Many of these stats are of limited use to value investors, as well. Looking at them, I couldn't really imagine how a bottom-up value investor would make use of them. Coming from a philosophy background, the stats and figures he uses often don't prove his point like more sweeping statistical data would, but they do help readers understand the points he makes. He does use wider statistical data on a few occasions but, in my view, definitely not enough.

Investing in Japan: The Verdict

Despite its shortcomings, this books is highly recommended for investors looking to get into Japan. The book with give you a solid grounding in the features of the Japanese market as well as introduce you to some of the basic elements that might take you by surprise -- such as minimum investment requirements implemented to fend off mafia extortion. Right now you can pick up the kindle edition of Investing in Japan on Amazon for $9 which I consider well worth it.

Learn more about the best value investing strategy that Ben Graham or Warren Buffett ever used. Enter your email in the box below right now.