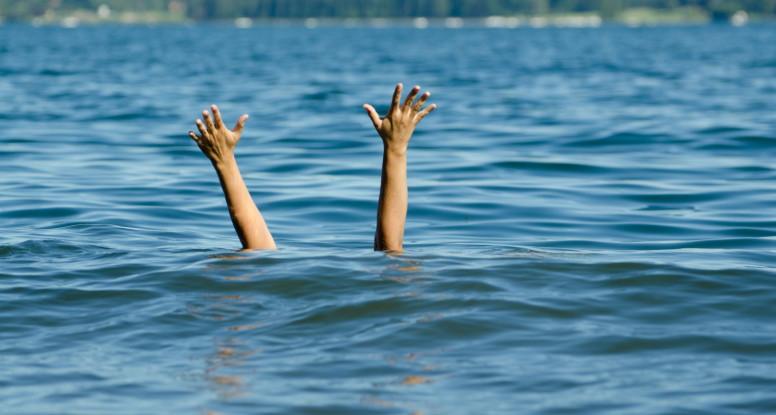 NCAV Stocks From China: Nothing but Water

In the winter of 2009 I took some time to backpack through China and had a great time. I started in Hong Kong and made my way up to Beijing and then to Xi'an where I saw the terracotta warriors. It was an amazing experience. While I was in Beijing I bought a soft fake-leather briefcase that looked fantastic. I also picked up a sweater and was quite pleased with my shrewd purchases. I did have to bargain for them, after all.

It took a week for the zipper of my soft fake-leather briefcase to fall off. It was a couple washes later that I noticed some significant shrinkage on my sweater and the fabric starting to pill. Thoughts of led toys from the previous year flooded my mind and I began to question China to a greater degree.

I went back to Shanghai to visit EXPO in the spring. Expo was great and the Chinese were nice. Shanghai was an awesome city - big, vibrant, full of history and culture. Before leaving for home I decided to get some shirts tailored and pick up a t-shirt, as well as a pair of glasses. After returning for the shirts I noticed that the tailor hadn't made good on a couple of things he told me he'd do. He put the wrong colored buttons on my shirts, for one, which I had to fix by going out and purchasing the buttons so they could be stitched on. Not a huge deal, the buttons only cost me a dollar or two, but an annoyance nonetheless. It wasn't until I got back to Korea that I discovered the problem with my t-shirt. While the tint on my sunglasses had already started to brush off, it took a couple washes before I noticed that the graphic imprint on my t-shirt had a bad habit of overlapping and then gluing to itself in the wash. Every time I gently pulled it apart some of the lettering would come off. This is when I began to understand Chinese commerce a little more. Skepticism is a fairly accurate word. China, it seemed, was more show and less substance than I was used to in the West.

Now it seems that the issues in Chinese business go beyond shoddy products and into the very heart of finance. In the summer of 2010 investors started reporting issues with the quality of reporting of Chinese companies trading on American exchanges. In fact, much of the numbers investors used to make decisions seemed to be nothing more than water - just blatant lies. It seems that at least some Chinese companies have been taking advantage of investors and the strong brand of the American financial markets to dupe investors out of millions.

I first discovered this problem through a well written Businessweek article titled Worthless Stocks from China. In the article Businessweek cites a number of sources that claim major fraudulent activity by a good portion of Chinese firms trading on the American markets. The scam goes like this: A small Chinese company will shop for a merger partner in the USA that is already listed on an American exchange, it will inflate its own numbers and then combine with the American company. Once the merger is completed the company will wait a little while to gain some legitimacy in the American market and then issue more shares to the American public. The public, reassured by the track record, the good name of the American capital markets, the SEC, and various American auditors, buy into this promising growth story, dishing out money for a fabricated record and assets that have been vastly over inflated. The SEC and investors generally, according to Business Week, have little recourse since the majority of the assets of the company are in China and the operations of the Chinese company are governed by Chinese law.

But the companies, for the most part, seem to be acting consistently with Chinese Law. Investors, such as Muddy Waters Research, Chapski & Chapski, and Audit Integrity, have been diving into many of these companies' reports and have found that the story that is given to the State Administration for Industry & Commerce (SAIC), China's version of the SEC, is far different from the story sold to investors on the American markets. According to Business Week, in one case the assets of China Marine Food Group were marked up over 3000% in just one year. In another case, customers and sales figures that passed audit and made available to investors on American markets were completely made up. And while some auditors seem to be grossly negligent or even complicit in this problem, other auditors who take responsibility for auditing these companies' statements soon find themselves exiting the situation. The whole thing resembles one big marry-go-round of scandal.

What Is a Boy To Do?

It's clear that there is a significant amount of risk when investing in emerging markets. For me, personally, I don't have the knowledge or patience to go through hundreds of NCAV companies to sort out the scam artists from the legitimate opportunities. If the problem really is as widespread as Businessweek and other sources make it out to be then there will be some serious pain felt by investors of Chinese companies eventually. I would just prefer to not take this risk and opt instead for the security and recourse that comes with investing in Canadian, American, British, Australian, Japanese, or even a European NCAV stocks that has all its assets and operations in one of these countries.

While I'm not a perfect investor, as Warren Buffett says, once dumb money recognizes its limitations it ceases to be dumb money. Not only that, by keeping clear of Chinese NCAV firms I can be more certain that I'm getting substance, not just show.

One of the biggest issues with NCAV investing is finding investment candidates. You can solve this problem by signing up for full Net Net Hunter membership. The money you could make off of even just one international net net stock would be enough to pay for full membership access for years. …and right now we have over 400 stocks to look at.

Not ready for full membership? That’s fine. Just sign up for free net net stock ideas in the pink box below this article. No commitment, no obligation, and we keep your email address 100% confidential. Don’t wait. Sign up now so you can start making over 25% annual returns through net net stocks.