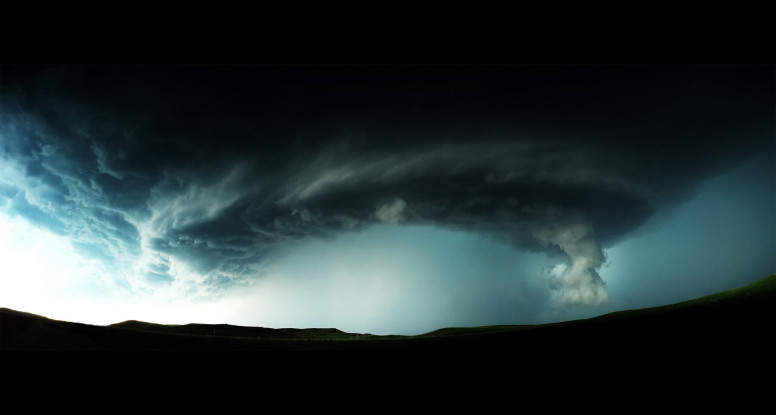 I love to cherry pick the best deep value investments.

NCAV stocks do great as a group. My own net net stocks have achieved an average annualized return of 38% -- which is why I send many of them out to those who requested free net net stock ideas. As good as these stocks are, though, the serious money is made by investing in cyclical net nets.

A Nice Leisurely Stroll Through The Andes

Peter Lynch said that cyclical companies are some of the most dangerous investments for new investors to make. Just when things start looking wonderful, your stock drops 60 or 70% with no prior warning.

What exactly is going on?

Cyclical stocks are shares of companies that operate in a cyclical industry. As the name suggests, these stocks are characterized by the cycle of good and bad years the industry experiences.

Admittedly, most industries have good and bad years but the swings between the good years and the bad years in a cyclical industry are an order of magnitude larger. A lot of industries are actually fairly stable -- think food distribution for restaurants, prescription drugs, or book sales. While there are inevitable ups and downs, industry fortunes don't swing too wildly from one year to another unless there is a major event, such as a large technological shift. The typical stock graph of one of these companies is reminiscent of the rolling hills of England.

By contrast, the typical graph of a cyclical company looks more like a nice casual walk through the Andes. While the stocks of stable industries can drop by half during a recession, and surge by  100-200% shortly after, a cyclical stock can drop 80% when the industry turns and then rocket back by 400 or 900% when conditions improve.

Just take a look at Ford. The company was priced at over $35 per share in 1999 and then slipped to less than $7 in 2003. In 2008/9 the stock traded for less than $2 but then surged to nearly $20 per share two years later. While not a stock that I would buy, it does show just how powerful investing in cyclical companies can be.

Get The Biggest Bang For Your Buck

In the world of cyclical stocks, cheap doesn't mean a low price-to-earnings ratio. In fact, buying based on a low price relative to current earnings is a great way to devastate your portfolio. Many sophisticated investors realize that profits or losses in a cyclical industry are transient so place little value on the latest results in favour of anticipating the industry's next turn. It doesn't make sense to invest based on today's great earnings, after all, if they'll evaporate tomorrow. As a consequence, the PE ratio of a cyclical company is often very low when earnings are at multi-year highs, and very high when the company's earnings have been gutted.

This trend suggests that the best time to buy a cyclical stock is when the PE ratio seems unusually high. But since earnings can shift around, it can be very difficult to invest when a cyclical stock is truly depressed. Instead of investing at the bottom of the cycle, for example, you could have been overly optimistic and paused only to see earnings drop further and the PE shoot skywards. You would inevitably have bought at too high of a price, increasing the risk of loss and decreasing you eventual payoff. When it comes to cyclical stocks, there's a much better way to decide when to invest.

That's an obvious mistake when looking at a cyclical business since cyclical companies are defined by the cycle of spectacular and miserable earnings results. If companies in a cyclical industry are facing major losses then sooner or later the situation will turn back around and those same companies will once again make large profits. All an investor has to do is pick a sound candidate and wait.

But smart value investors can move even further down the value ladder. Sometimes the investing public considers a company's prospects so bleak that its not even worth the liquidation value of its assets, its NCAV. As a result, the market prices the company well below its NCAV and sometimes even below its net cash.

I love these situations. It's at this point where investors reach maximum pessimism and the most amount of money can be made from the eventual cyclical upswing.

There's another reason to invest in cyclical companies when they're well below NCAV.

Monish Pabrai likes to look at situations where the downside is well protected against but the upside is not quite known. When it comes to fluctuating market prices, you can't get much safer than buying cyclical firms below NCAV.

Cyclical stocks don't trade below NCAV for no reason -- deep cyclical downturns put them there. In fact, it often takes a particularly nasty downturn to price a cyclical stock below its NCAV since many sophisticated investors realize the transient nature of cyclical industries so aren't willing to give cyclical firms away at those prices. But, when bleak industry conditions turn even sophisticated investors pessimistic, prices can get stupidly cheap. Investors who buy in after the price sinks below NCAV are heavily protected against further deterioration in the industry's situation, and even against the industry failing to fully rebound.

Of course, there's an inherent danger in buying stock in any firm facing a massive industry downturn. If the company is losing money, you have to know that it can survive until the industry rebounds.

I try my best to buy only the safest stocks. To do this, I use my NCAV checklist which has been developed through extensive study of Benjamin Graham, young Warren Buffett, and scientific studies which look at net net stocks. My criteria helps paint a solid picture of the investment's health. I aim to invest in companies that are free of debt, for example, since debt could sink the company. A money losing firm might not be able to service its debt, pushing it into bankruptcy. I also look for firms that have a solid current ratio -- 2x or better is ideal. If a company has a solid current ratio then it'll be easier to cover short term liabilities without trying to borrow from the bank or selling shares at depressed prices.

Qualitative factors can also give solid clues about the survivability of the company. If management is using company cash to repurchase shares then you can bet that they see a bright future ahead rather than a major cash crunch. If management is buying shares for themselves then they're expressing a major vote of confidence in the company.

I also love it when I see a very stable NCAV from year to year, or quarter to quarter. If the NCAV is stable then management is likely doing a good job controlling expenses.

If all of these factors are in place, and the stock is selling at a meaningful discount to NCAV, then buying large blocks of stock is a no-brainer. The only questions that need answering are how much to buy and when to sell.

Cyclical Net Net Stocks: When Should You Cash In?

When it comes to buying cyclical stocks, the investor with the lowest average cost wins. But, how do you know when to sell and realize capital gains?

This problem does not have a simple solution. Part of the problem is knowing the metric to use to assess where the industry is in its cycle or how good the good times will get.

The average family requires a certain number of cars to get around and generally function in society. Those cars wear out and will have to be replaced at some point. Industry analysts have calculated the typical number of cars consumers have to purchase each year to replace the cars that wear out. If consumers don't buy enough cars in a given year then the difference is logged as pent up demand. At some point that pent up demand will convert into real demand and auto sales will surge. Consumers will eventually exhaust that pent up demand, causing sales to erode and shares of auto companies will free-fall.

But automobile sales can't be used to estimate new home construction or grain purchases so how do you know what metric to use for other industries?

One simple way to assess when to sell a cyclical investment is to calculate what the company can earn under normal business conditions relative to some earnings driver. An investor can estimate a retailer's likely earnings during an average business year, for example, by calculating the revenue or earnings per store over the past ten years and then applying that figure to the number of existing stores. Armed with that information, you could then sell once your retailor reaches its average earning potential.

Using the same method, you could also get a sense of just how high earnings could reach during a fantastic market and then sell close to the peak. This strategy is a little more dangerous, however, since you can never really tell when demand will slip.

So, What's The Bottom Line?

I never said this would be easy.

Warren Buffett used to say that you make money when you buy, not when you sell. I think that's true in the world of cyclical NCAV stocks, just as it is in other forms of value investing. Buying at a price below NCAV allows you to achieve significantly higher returns than your peers when the industry eventually turns, while taking far less risk.

My current approach is to buy cyclical NCAV stocks when the industry is deeply depressed and then to sell those stocks shortly after they reach their average earning potential. Sure, I'll likely leave money on the table but my entry point would virtually guarantee fantastic results and I will be at less risk of holding on while the industry slips into free-fall again.

Want the highest potential net net stocks sent straight to your inbox? Enter your email address in the box below. No obligation, no catch... just free NCAV stock picks you can use.