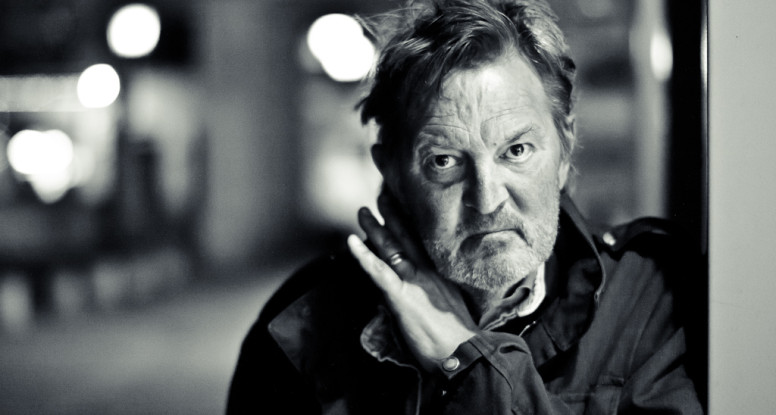 How You Can Profit From My Devastating Loss

Total Telcom was one of the first stocks I bought after adopting Benjamin Graham's famous net net stock strategy.

Looking back, my series of decisions leading to the purchase of Total Telcom is a bit hazy -- but a couple key thoughts are clear as day. This post analysis has helped me refine my own NCAV investment scorecard, a critical checklist I use to select net net stocks or to send them out to people who signed up to receive our net net investing checklist.

I slid back down onto a large leather chair in my parent's study, folded up a used copy of Barron's, and placed it into the desk drawer beside me. I had just finished combing through hundreds of stocks that were close to meeting Benjamin Graham's definition of a net net stock without much luck. None of the companies I looked at fit, and I was beginning to lose hope that that last spot in my portfolio would ever be filled.

I woke the computer from its slumber then took another glance at the list in front of me. For some reason, 3/4 of the way down the list one name stuck out at me. Total Telcom. It was trading well below book value so I thought I would take a deeper look.

Total Telcom was a Canadian telecommunications business that seemed to have had a major business disruption. The company's revenue had eroded by 90% but the firm had a lot of liquid assets and no debt. I took a look at the stock chart and noticed something interesting -- the firm had distributed half of its cash to shareholders as a special dividend. I was convinced that management would continue down this road and distribute the rest of its cash to shareholders, as well.

I bought the stock. How could I not? It seemed like a spectacular opportunity. All I would have to do was keep the stock in my brokerage account and let management dish out the rest of the cash. Looking at the size of the company's bank account, I bet that the distribution would be enough to cover my entire purchase price.

A month later nothing had happened. I wasn't worried, however. Nothing said that the dividend would be immediate. 6 months later there was still no news on a possible payout, but I hadn't given up hope. A year passed and then a brief story came out explaining how the company had won a proxy fight against an activist shareholder who aimed to have the firm's remaining cash paid out as a dividend, as well. Apparently, he had been thinking along the same lines as I had nearly 12 months earlier.

Things were not looking good. Rather than abandon the shares, though, I decided to stick with the investment. Cash was a high quality asset, after all, and the firm was in great financial condition.

Two years passed. The stock slowly trended downwards. After 30 months I was thoroughly disillusioned. I decided to hang on until my 3 years cut off -- the maximum length of time that I hold a stock no matter how it has performed or what's in development. Unfortunately for me, when the 3 year mark hit the stock had eroded by 50% in price and I was left swallowing a massive loss.

Be the Change You Want to See In Your Portfolio

Nobody has a perfect track record. I don't care who you are -- if you've been a common stock investor for any length of time then you've suffered a large loss at some point or another. Even Warren Buffett, Benjamin Graham's legendary student, suffered one or two large losses.

Investment losses provide a good opportunity to learn from past mistakes and failing to re-examine your own blunders means wasting opportunities that can help you improve as an investor. By examining your thought process and how later events unfolded you can uncover errors in your own assumptions and fine-tune your investment process.

I've been gradually shaping my own classic Benjamin Graham net net strategy since the turmoil of 2009. Before stumbling upon Total Telcom, I had already read Benjamin Graham's Security Analysis but apparently failed to internalize one critical piece of advice that would have saved me.

Total Telcom is a Canadian stock engaged in the telecom industry. I use "engaged" loosely here. Despite having a mountain of cash, the company had marginal operations when I picked it up for 6 cents a share in 2010. It was also tiny. At 6 cents per share, the entire company was selling for just over $1.4 million Canadian dollars on the Toronto Venture Exchange -- Canada's small and micro cap market.

At the time of purchase, I had ran the company down an older version of my NCAV investment checklist before okaying the purchase. Since then my checklist has gone through a lot of refinement in an attempt to screen out as many unpromising Benjamin Graham net net stocks as possible. For a full explanation of each item on my current NCAV investment scorecard, click this link here.

Let's look at how the investment would have stacked up using my current scorecard:

Not Chinese - Pass -- This company wasn't Chinese in the lease.

Low Debt-to-Equity - Pass -- The company had virtually no debt to speak of.

Adequate Past Earnings or Catalyst – Fail -- The company hadn't been profitable for the previous 5 years. At the time, this wasn't that big of a deal to me. In fact, I hadn't yet considered it as an investment criteria. While losses aren't enough to screen out a stock from being a candidate for investment, a history of losses are. I don't care if the company is currently losing money since losses in the current or previous year haven't been shown to impact investment returns, but a long string of unprofitable years could hint at a problem that management either can't or won't fix.

The company had previously distributed 8 cents per share to shareholders, cutting the company's cash pile in half. I expected that management would continue to distribute this cash to investors but couldn't say for sure whether that would happen or not. Ironically, I had no idea that an activist investor would pick (or had picked) a proxy fight with management to get them to distribute the rest of their cash pile so it wouldn't have played a role in my selection and was probably not certain enough to bet on, either. For a catalyst, I want to see something that's more or less definite.

Past Price Above NCAV – Pass -- It didn't look like the company had any problems here.

Existing Operations or Liquidation - Fail -- The company really had no operations to speak of. While the company was earning some revenue, it's main business had been gutted and, while management claimed to be developing new revenue streams, there was little evidence for this actually happening.

Small Market Cap - Pass -- At just under one and a half million, the company couldn't get much smaller.

Low Price-to-Net-Cash - Pass -- The company's main attraction was the large cash pile it had. The firm was priced at almost half of its net cash (cash less total liabilities).

Company is Buying Back Stock - Fail -- This is okay since this criteria is a bonus criteria that helps uncover the firm's qualitative picture.

Insider Ownership - Fail -- While the company could have very well had a lot of inside ownership, I wasn't aware of it so it didn't factor into my purchase decision.

Major/Minor Insider Buys Vs. Sells - Fail -- Again, this just helps uncover the qualitative side of things so not having insider purchases isn't a problem.

Burn Rate Low or Positive - Pass -- While the company's NCAV dropped by roughly half, this was due to a large dividend.

Insider Pay - Fail -- When I picked up the stock the company had yearly revenue of roughly $930 thousand. Not million... thousand. Yet for 2012, based on the numbers I have now, the CEO alone was bringing home roughly $140 000 Canadian dollars. That's over 15% of revenue!

Of course, the problem wasn't with NCAV stocks or with Benjamin Graham's philosophy. The problem was with my execution of the strategy.

Classic Benjamin Graham investing means in large part, picking a bunch of stocks that set the odds of profit in your favour. By demanding a meaningful margin of safety, by keeping an eye on debt, etc, you're effectively reducing the likelihood of loss. It doesn't take all of the risk of loss out of investing in stocks, however -- and what follows is that you're bound to lose on some stocks over the course of your lifetime.

The key is reducing the chances of that happening while maintaining upside potential.

Looking back, it's clear that I could have minimized the risk to a greater extent. That's what the latest incarnation of my checklist tries to do. For one, Total Telcom's past earnings record was terrible. I don't mind if a company loses money over 2 or 3 years but if losses go back further than that, I start to get nervous. If the company hasn't turned things around in 4 or 5 years then ...well, they likely can't or don't care enough to improve the business.

4 years is plenty of time to sort out or sidestep major business problems. Over that time period management should have the analysis down, a plan developed, have executed on that plan, and be well on their way to righting the company. Sometimes this might even mean starting new lines of business altogether.

While the company had some operations, it really wasn't much. To get a real sense of how the business eroded, consider this: the company earned $1.6M Canadian for the 3 month period ending December 31st, 2004. By 2010 the firm earned $0.14M over the same time period. That's more than a 90% drop!

While this can be okay under some conditions (for example, if the company has just purchased a division and is investing heavily to grow it, or is busy pumping money into R&D to jump-start sales), I didn't see much evidence that management was working to correct the current situation. Under my new scorecard, this would have been a red flag.

If I Only Dug a bit Deeper into my Benjamin Graham...

This is all stuff that I realize now and should have known after studying Benjamin Graham and David Dodd, but sometimes it takes your own personal mistakes before you make the needed adjustments.

In the end, I lost 50% of my investment but ended up adding two critical pieces to my investment scorecard: an adequate record of past earnings and continuing business operations.

You should be using these two additional pieces of criteria, as well. Doing so means screening out deadbeat firms that may or may not ever post a profit in favour of selecting firms that have stumbled badly and are poised to regain their footing. Even better, if you learn from my massive loss in Total Telcom, you'll be on track to higher returns yourself.

Get a free net net stock sent straight to your inbox each month. Enter your email address in the box below right now.