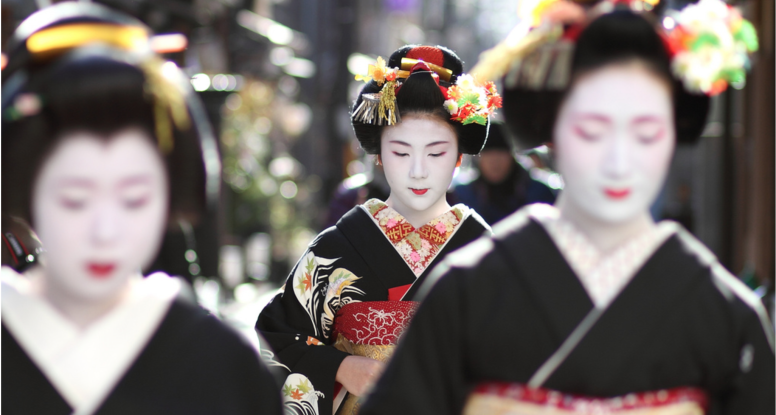 Why Japanese Value Stocks Are A Great Opportunity

This article on Japanese value stocks was written by Steven Towns. Steven is author of Investing in Japan, which provides a complete overview of investing in the country.

Japanese stocks have long meant career risk and ridicule for those professionals brave enough to venture back into the once moon-bound market.

Of the Japan-focused (or inclusive) funds managed outside Japan, too many have demonstrated the same proclivity of their domestic and other Western market brethren of piling into the same automobile, consumer electronics, and mega bank plays.  How many articles over the years have been written about a new rising sun – is it time to invest in Japan? And how many articles have there been of the other variety featuring the same self-proclaimed pundit sound bites citing debt-to-GDP, demographic despair, or how far the Nikkei is off its 1989 bubble high?

Meantime, there are investors like us that not only find value in Japan but have realized significant gains, be it from net-nets, Marty Whitman-style net-nets, GARP, and companies that aren’t growing much but have respectable ROEs available at a very reasonable price (RARP, if you will; a variation of GARP). There have been success stories among the largest companies, as well, despite the so-called lost decades, such as Fast Retailing (9983), Softbank (9984), and Unicharm (8113).

Net Net Hunter members already know well enough that there are great investment opportunities in Japan and that among the world’s developed capital markets, Japan has most often had the largest number of net-nets, which have yielded fantastic returns. What we can add to this are some ancillary points that further support investing in deeply undervalued Japanese equities.

Consider that Japanese companies maintained profitability despite the record strong yen post-2008 financial crisis, further, in spite of the horrific triple-disaster in March 2011 and its aftermath, and later the same year, Japanese companies with manufacturing facilities in Thailand faced historical monsoon floods (not to mention the negative externalities of global supply-chain disruptions, let alone the substantial loss and damage suffered by Thai citizens). Within Japan, the domestic infrastructure is beyond reliable (timely and quick transportation of both people and goods); the landscape is largely free of the sort of crime, poverty, and dilapidation that poses challenges to businesses in cities, for example, in the U.S.; companies don’t face numerous, sometimes frivolous and expensive lawsuits as they do again, for example, in the U.S.. As I write this, inbound tourism is at a booming all-time high, led by Chinese vacationers, and the weak yen is a boon to spending within the country. Japanese household net-savings amount to ~US$15 trillion and less than 10% of that is invested in equities. Furthermore, the Japanese have good and inexpensive national healthcare insurance, ditto higher education, and therefore, the drag from healthcare bills (insurance and treatment) and student loans that hurts America, is essentially non-extant.

I listed the above merely to show that there are positives in Japan, as much as Japan faces various difficulties, many of which we have heard time and again. Japan’s worrisome debt-to-GDP duly noted (don’t forget, however, that significant overseas domiciled assets materially lessen this ratio), a demand-supply imbalance for equities is likely to arise due to the NISA program launched in 2014 – a capital gain and dividend tax-free investment program for individual brokerage or trust account investments of up to JPY1 million annually – as well as a doubling of the trillion-dollar Japanese government pension fund’s domestic equity allocation and buying of ETFs by the Bank of Japan (for better or worse as someday the BoJ will need to sell).

This resembles what the late Sir John Templeton saw when he looked at the stock market post-Black Monday (October 1987 global market plunge). Templeton saw that there were to be far more buyers of equities (e.g. via individual retirement accounts) than there were available shares in aggregate after years of share repurchases and M&A. It’s worth repeating that the Japanese have trillions of net cash with only a small portion of it in equities; Japanese companies on average have cash-rich balance sheets; cost of debt capital is at historical lows and ever lower; and Japan has the makings to develop an equity culture with the NISA program and with the long, closely-watched rates of the 10-year bond yield well below the broader market’s dividend yield: 0.38% vs. 1.5%.

Japan has plenty of asymmetrical risk/reward investment opportunities just waiting for eager international investors. An asymmetrical risk/reward opportunity is one which has an upside that greatly dwarfs the amount an investor could possibly lose. Sometimes the secret is a piece of land that the company owns which could be unlocked for a significant amount of value. In my last newsletter, for example, I recommended a company with valuable Tokyo and Osaka real estate whose market value is only partially reflected on its balance sheet and this is acreage that is being selectively developed and leased or sold.

A good recent example of an asymmetrical reward/risk investment in Japan is BP Castrol K.K. (the Japanese distributor of BP’s motor oil), Tokyo Stock Exchange ticker code 5015. When I began investing in BP Castrol in 2012 it was trading around 6-times earnings and at about a 15% discount to book value. Note that it had no short or long-term debt and its cash and equivalents (all cash held in a money-market like account managed by the parent) approached its market capitalization of sub-US$100 million. The story gets better. BP Castrol had a history of earning 15%-plus returns on equity and was paying a 5%-plus dividend. I made BP Castrol the largest position in my Japan stock portfolio and it went on to more than quadruple during the year in 2014, allowing me ample time to subsequently lock in 3x-plus gains. Besides incredible value, a key catalyst was BP Castrol’s distribution of a special dividend to investors derived from the proceeds of a divestiture that wasn’t even visible on the balance sheet previously and which if I recall correctly took its dividend yield to nearly 10%.

Knowing that one can still find investable net-nets today, that is something for which to be thankful in a world of ever more investment professionals and ever improving computing power and screening tools. Ben Graham was formulaic and did well indeed by adhering to strict formulas in times when mispriced securities were the norm. This approach, too, seemingly was a huge time saver and omitted much psychological bias – hard to fall in love with a stock if capital allocation is based on metrics as opposed to moat analysis, brand value, capital allocation, free cash flow distribution opportunities, etc.  One cannot (and I’m not) argue with that. There is much to enjoy in life, as Graham did with literature, the arts, and reportedly, the opposite sex. If you're looking for high quality net net stocks to fill your portfolio, then Japan is definitely the place to start looking.

Now, if we consider that local market knowledge can be applied and that there may be some local idiosyncrasies, individual investors (and smaller -cap focused professionals) will have benefited not only from this but also the fact that many smaller caps almost always have little or no analyst coverage and in overseas markets may not publish filings or news releases in English. What’s more, beyond that if we take into account Marty Whitman (founder of Third Avenue Management; whom I think is one of the most profound but underappreciated thinkers in value investing), whose argument against the “primacy of the income statement,” and importantly, in favor of giving strong consideration to conventionally fixed assets such as high-quality commercial real estate that may be more liquid (and hence more of a current asset) than a company’s product inventory, new net-net opportunities open up that likely elude screeners and all but the most informed or astute of investors.

I would be preaching to the choir if I were to repeat the merits of value investing in general, and the exceptional opportunities for net-net investors and those with an eye for niche opportunities be it in overseas markets, micro caps, or so-called special situations. This value investor will continue to seek the best investment opportunities within his circle of competence.

What is most admirable about Marty Whitman, by the way, is his refusal to deem any strategy, even a hyperactive day-trader, a “dumb” one. He unwaveringly goes about his own business. This is somewhat similar to how Howard Marks of Oaktree Capital has essentially said that investors can capitalize on the great opportunities that exist sometimes due to the fact other investors refuse to invest in certain securities (for example over the past decade, Japanese stocks). We all owe much thanks to Graham & Dodd, and to those who have added to the value discipline over the years with their generous sharing of thoughts and strategy.

“If I have seen further it is by standing on the shoulders of giants.”  – Isaac Newton

Steven Towns is a private investor. He publishes the Uguisu Value newsletter, a small and micro-cap Japanese stock-focused quarterly letter, launched January 2015. Details about this and his book, Investing in Japan, can be found at http://steventowns.com.  Steven achieved US$ denominated returns of over 30% each of the past two years in his Japan portfolio (40%-plus yen denominated), significantly outperforming all Japan benchmarks. He can be reached at [email protected].