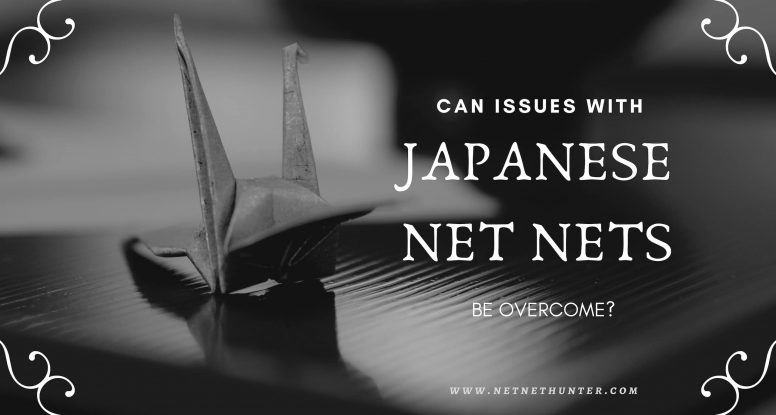 Can Issues With Japanese Net Nets Be Overcome?

This article on profitable net net stocks was written by Net Net Hunter member Bryan Shealy. Bryan worked in the inventory business for 5 years which gives him an edge in net net investing.

Did you know Japan has the second largest stock exchange in the world? Or that this seemingly small island nation actually is the world’s second largest consumer market?

I certainly didn’t, but when I learned these two nuggets of information, it made me wonder if there were some deep value opportunities to be had — classic Benjamin Graham net net opportunities.

Japan is one of the few countries in the world ever to have an actual systemic depression — defined by over 10 years of negative economic growth. This had me intrigued. Most of the best net net opportunities arise in times of trouble. The raging bull market in the United States has dried up many opportunities for net nets, so maybe it was time to look globally.

As it turned out, Japan has tons of valuable net nets — many actually making a profit but still trading below liquidation value!

So why, after so long, are there still great opportunities to be had? Did net net investing not work in Japan? Were there issues with Japanese net nets?

Japan is notoriously nationalistic. The people love outsiders but are not accepting of immigrants, and it shows. This is another big reason why Japan is struggling. Since it is not accepting immigrants to offset the low birth rate, it leads to difficult economic growth — difficult, but not impossible.

This nationalistic pride also bleeds into its companies and stock exchanges, creating issues with Japanese net nets. While some of the larger Japanese corporations — and especially the multinationals — have English translations for their reports, the smaller, less attractive companies have very little information in English.

It may seem simple to just use Google Translate on the website, or even some PDF or word documents, but it's really difficult to spot something important in the legal writing that may not translate well. For a small-time investor, it would not make much sense to pay somebody to translate these documents. In a situation like this, it might be best to take a more mechanical approach and rely strictly on the numbers. But for those of you who want to dig further, there may be some ways to gather information and push the net net statistics in your favor without a full translation.

The best way to overcome the lack of English translations is to use a mechanical approach and focus on statistical advantages of the numbers. For example the P/B ratio, NCAV, D/E and revenues are all straight forward numbers, that can be understood in any language. It is also possible to reduce your risk, of missing any important news releases, through simple diversification by holding a basket of twenty Japanese net net stocks.

Management Focused On Stakeholders Over Shareholders

According to Investopedia, stakeholders can be:

The Japanese have an intense company-oriented culture that measures success by climbing the corporate ladder — giving rise to the term salaryman. This creates issues with Japanese net nets since corporations focus more on the well-being of its employees or other stakeholders in the company. This leads Japanese companies to move at iceberg speeds and adopt an overly cautious mentality.

Extreme caution leads Japanese companies to hold a lot of cash. This “just in case” mentality is essentially a safety net for all the company stakeholders. It does nothing to enhance the value of the stock, but rather keeps the company from going under. Since so many employees, customers, suppliers and vendors depend on the company for their livelihood this pushes Japanese companies to hold onto cash, assets and expand slowly.

This rather intense focus on stakeholders affects shareholder value negatively. It essentially stifles creative destruction in the economy. Without failure no new paths and opportunities can be taken.

While Japanese companies can become rather stagnant, there might be great opportunities to profit alongside Japanese cultural values. For example, if a company offers stock incentives to its employees, it will become more aligned with the interests of both its employees and shareholders.

Through careful analysis of the balance sheets, you may even discover that the company is not issuing new shares. In the absence of new share issuance the company will need to buyback its own stock in order fund an employee stock incentive program. The continuation of an employee stock incentive program will provide constant demand and increase share prices.

Another piece to look at is how much of the company is employee or insider owned. If there is a large portion than the company may initiate, increase dividends or even buyback stock.

Japanese companies may also benefit from activist investors purchasing stock and pushing the company to take more risks. This is essentially a forced use of creative destruction whereby and activist investor will sell off parts of the company or be more forceful with share buybacks.

To overcome the focus on stakeholders over investors net net hunters need to find as many cases as possible where stakeholders align with investors. Any activity against the norm, such as activist investors, share buybacks or even a sale of company assets can create the best opportunity for stakeholders and shareholders to align.

Japan is probably one of the most interesting cases of cross-share-ownership in the developed world. In Japan, cross-share-ownership is known as Keiretsu and essentially forms loose conglomerates. What exactly is Keiretsu? Keiretsu is when a company buys stock in another company as a sign of good faith, which may result from a vendor, lender or supplier relationship. This has spread to much of Japan's corporate world, and its overuse highlights issues with Japanese net nets. While it can create some operating efficiencies between companies, it is not conducive to an overall efficient market.

This otherwise beneficial purchase of shares creates other issues with Japanese net nets, as well. For one, it keeps much-needed liquid assets on the books. The value of these specific shares is not recognized in the market since they rarely (if ever) change hands. This makes it more difficult for activist investors to take control of a company. Since activist investors are turned off by their inability to control the company’s future, it creates less opportunities for increased shareholder value.

In an attempt to stop the practice of Keiretsu, the JPX issued a statement explaining that any retaliation for selling holdings in another company will not be tolerated. If this is enforced, the potential for struggling companies to sell stock and invest in their own company and shareholders could be tremendous.

It may also be beneficial to search for Japanese companies that have the less potential partnerships, for example a company that manufacturers and sells straight to consumers is more valuable than a company acting as a middleman, or selling business to business. In any case where a company has circumvented a piece of supply chain it will be a great boon for any investor.

A mechanical approach may be the best option to investors unfamiliar with Japanese culture. However, once you get past the cultural intricacies many of the same qualitative analysis still apply: shareholder activism, stock buybacks and the sale of company assets.

Net Net Hunter can help identify the strengths and weaknesses of each Japanese net net using its Core7 scorecard. This will help boost potential returns with the security of buying low-priced Japanese net nets.